The Iberian wolf will continue to be protected from hunting throughout Spain. The proposal to return to the situation of eight months ago has been rejected in Congress with the votes of... 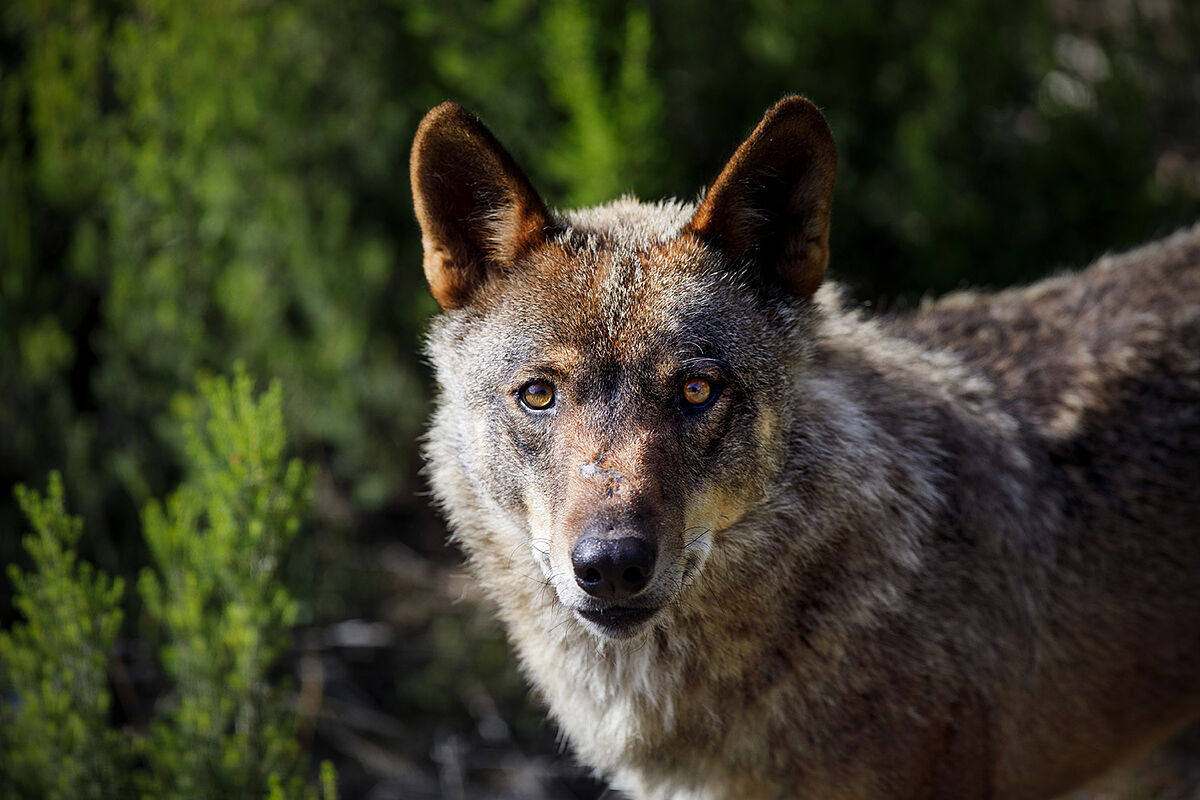 The Iberian wolf will continue to be protected from hunting throughout Spain.

The proposal to return to the situation of eight months ago has been rejected in Congress with the votes of PSOE and United We Can, while PP, Vox, Foro Asturias and the Regionalist Party of Cantabria sought to recover the status of hunting species north of the Duero .

The PP, which has presented the Law Proposal, has defended that the wolf represents

a danger for extensive livestock farming

, for which it has asked to return to the path marked out by the previous Government.

The initiative, presented by the PP deputy Milagros Marcos, asked to remove the wolf from the List of Species under Special Protection Regime (LESPRE), in which it has been included since September 20, 2021. The proposal to recover the previous regulatory framework it is motivated, Marcos assured, because "

"Livestock farmers cry helplessly every day and live every day with their hearts in their fists due to a whim of the Government," said Marcos, who has accused the Executive of

After presenting a graph that reflects the decline of excessive livestock and an increase in the wolf population, he asked: "Who needs protection, the wolf, which has grown by 20%, or livestock?".

The popular deputy has pointed out that "they want to generalize the failed model of the south, where the wolf cannot be controlled, for all of Spain", and has underlined: "There are more wolves in the towns,

even in packs of more than 10 in the streets

Some have entered homes."

In this sense, Marcos recalled that last August, in Pontevedra, a family found a wolf "next to their son's cradle", while

she herself, a few weeks ago, saw a pack of wolves

while running between the vineyards of his town, he explained.

Juan López de Uralde, deputy for United We Can, has replied: "I have brought you scientific information and you refute me with the fact that I don't know who told you, I don't know what and that you found 10 wolves jogging".

The Iberian wolf: richness and biodiversity

The Iberian wolf: richness and biodiversity

"It is very difficult to come with data and facts and refute slaps in the air, which is what you do," added López de Uralde, who had previously defended, contrary to what Marcos stated, that "

the population of wolves in Spain it is not increasing

, according to available scientific data".

The deputy of United We Can has considered that the population of the wolf is "stagnant" in the Peninsula, in addition to having "recently become extinct in the territories of Extremadura and Andalusia".

In addition, he has defended the law in force before Marcos because "it

"Suffice it to remember that the three most depopulated provinces, Cuenca, Teruel and Soria, do not have a wolf presence," Uralde pointed out, and argued that the wolf "attracts foreign tourism with great economic benefits."

On livestock, he has defended that "science shows that

", since the decomposition of a herd can leave "isolated individuals and with no other alternative" than attacking livestock, he has maintained.

Both Foro Asturias and the Regionalist Party of Cantabria, from two of the autonomous communities that have positioned themselves against the current regulations, have given their support to the PP proposal.

The PNV, for its part, has been critical of the current regulation, which

, according to Joseba Agirretxea, although it has also attacked the PP proposal for propose "a basic regulation" for the entire territory.

The main environmental organizations, which had asked the groups not to support the new Law Proposal, have celebrated the result of the vote and have asked that the current regulatory framework be promoted.

"This is not solved by killing wolves,

that extensive livestock farming has, and that is where we do not see that there is any intention, proposals or innovation," said Luis Suárez, coordinator of Conservation of WWF Spain.

"The bet is very simple: when there are damages, they must be paid quickly and fairly, and in such a way that the farmer does not have to bear those consequences. But, in addition, we must work to reduce those damages, and they are reduced with

measures protection of livestock, such as fixed or electric fences, the use of mastiffs or the use of support shepherds and ranchers

, which is also a way of generating new jobs in rural areas", Suárez has proposed.

"All these measures can be promoted with support, logically, because they have a cost for the farmer, and that would reduce the damage a lot. For that, you have to bet and you have to have adequate planning, and what we see is that, until now, there is aid in some communities, in others there is not, or partial, disconnected aid...

to reduce damage", he criticized.

"We do not want the conservation of the wolf to be at the expense of ranchers," Suárez stressed.

"The conservation of the wolf is as important as there is a healthy extensive livestock and that it is maintained."

To do this, he has requested, "

, and that these regional plans put emphasis on prevention and damage reduction strategies."