He sang the youth of several generations, but his life came to an abrupt end due to an accident

China-Singapore Entertainment, Beijing, May 24 (Liu Yue) On the evening of the 23rd, Shen Qing, a representative of campus folk songs in the early 1990s, died in a car accident at the age of 52. Shen Qing. Photo courtesy of Vision China "The flower of youth blooms and fades make me tired without regret Four seasons of rain and snow Makes me crazy but haggard" ——Shen Qing "Youth"   From "Y 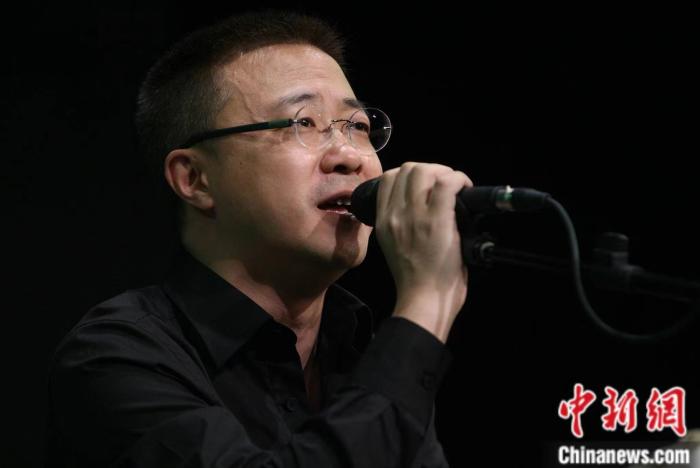 China-Singapore Entertainment, Beijing, May 24 (Liu Yue) On the evening of the 23rd, Shen Qing, a representative of campus folk songs in the early 1990s, died in a car accident at the age of 52.

"The flower of youth blooms and fades

make me tired without regret

Four seasons of rain and snow

Makes me crazy but haggard"

From "Youth" to "Loneliness Is For Missing Someone", which became popular later, with a guitar, a ray of melancholy, and a deep, hoarse tone, Shen Qing has become the dream of many young boys and girls.

Like Laolang, Ye Bei and others, he is a representative of "campus folk songs" in the minds of generations.

"Do you know what it's like to forget someone

Then with a very small voice

Tell yourself to be strong

——"Loneliness is for missing someone"

At a time when electronic music is popular all over the world, the name "Shen Qing" may be unfamiliar to the post-90s and post-00s, but he is the youth of the post-70s and post-80s.

On the cover of the album "Campus Ballad 1" that included "Youth", there are two sentences: "Every song comes from a moving story, and every story happens around you in your life."

The cover of "Campus Ballad 1".

Shen Qing's departure has made many people start to recall their youth stories.

Liang Long, the lead singer of Secondhand Rose, wrote with emotion: "In my youthful memories of 'campus ballads', this is a unique 'youth'. I can't forget a few like-minded partners who worked hard in a simple rehearsal room and their parents were not at home in that era. When we were working, we depended on each other for this "Youth"."

Well-known online writer He Jian Ze wrote this paragraph: "Thank you Shen Qing, thank you for "Youth", in a corner you don't know, you once fulfilled the innocence of a young man. It's just that he didn't experience the real So I don't know how to find it and express my gratitude. Now, I have lost it, so I think I can say: thank you, goodbye, you can turn off the lights and close the door. "

Netease cloud user vivicarrie recalled the past in the comment area of ​​the song "Youth": "When I was a teenager, I listened to it only because of the beautiful lyrics - every transparent dewdrop washes away my accumulated sadness, and the sky in my dreams is very beautiful. I was just lying under your eyelashes... I felt really romantic at that time, Shen Qing's name and the photos printed on the tape cover all looked so gentle, delicate and romantic..."

Time is like a song, and the song ends.

As the album cover slowly turns yellow, no one can understand your story, and the person telling it is no longer there.

When I first heard it, I didn't know the meaning of the song, but when I heard it again, it was already the person in the song.

The teenagers who "forced their sorrows to give new words" grew up slowly. Some people say that when an era is romanticized, it proves that we are old.

However, nostalgia is not really old age, forgetting is.

Yes, youth is not like a tape, you can fiddle with the progress at will.

Our dreams and memories were fixed in that era, but as long as the song is still sung in the world, music can weave all the beautiful colors you can't find into the jumping notes, so that you can quietly I opened the dusty book that I read too hastily back then, and read it again and again.

As long as the white clothes are still fluttering in memory, youth will never truly grow old.