A New York federal court judge has blocked the auction of a dress that actress Judy Garland wore for the movie "The Wizard of Oz" of 1939 and whose... 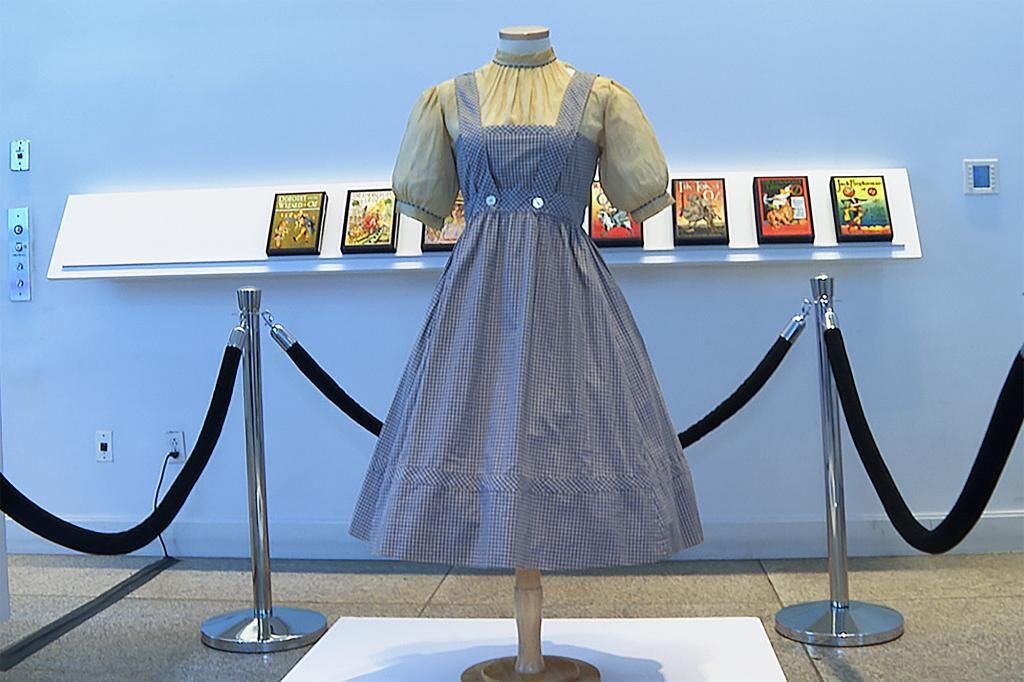 judge has blocked the auction of a dress that actress

The Wizard of Oz"

and whose sale price was expected to

was going to be auctioned by the

Catholic University of the United States

, but a woman from the state of Wisconsin filed a lawsuit claiming that she is the legitimate owner of the classic

In a preliminary hearing, a judge in the Southern District of New York ordered the suspension of the auction, scheduled for Tuesday in Los Angeles,

until the case is resolved

The Catholic University planned to use the money raised to

at the School of Music, Theater and Art in Rome.

Both parties will meet in court on

The claimant maintains that the dress belonged to her uncle, who, according to the lawsuit, received the garment in 1973, when he was director of the Theater Department of the Catholic University.

The dress with which

was dragged by a tornado in the state of Kansas to a fantasy world was given to her uncle, actress

who was an artist in residence at the university, indicates the newspaper The New York Times.

According to the complainant, the actress gave the dress to her relative "in a concrete and public way" in gratitude for having helped her in her "

The New York Times notes that Garland wore several versions of the dress, but only one other is known, which was sold in 2012 for

a shoebox while cleaning.