Protest against men's violence against women on the red carpet

Twelve women wore a banner along the red carpet at the Cannes Film Festival with the names of the 129 women murdered in France since last year's festival, writes The Guardian. 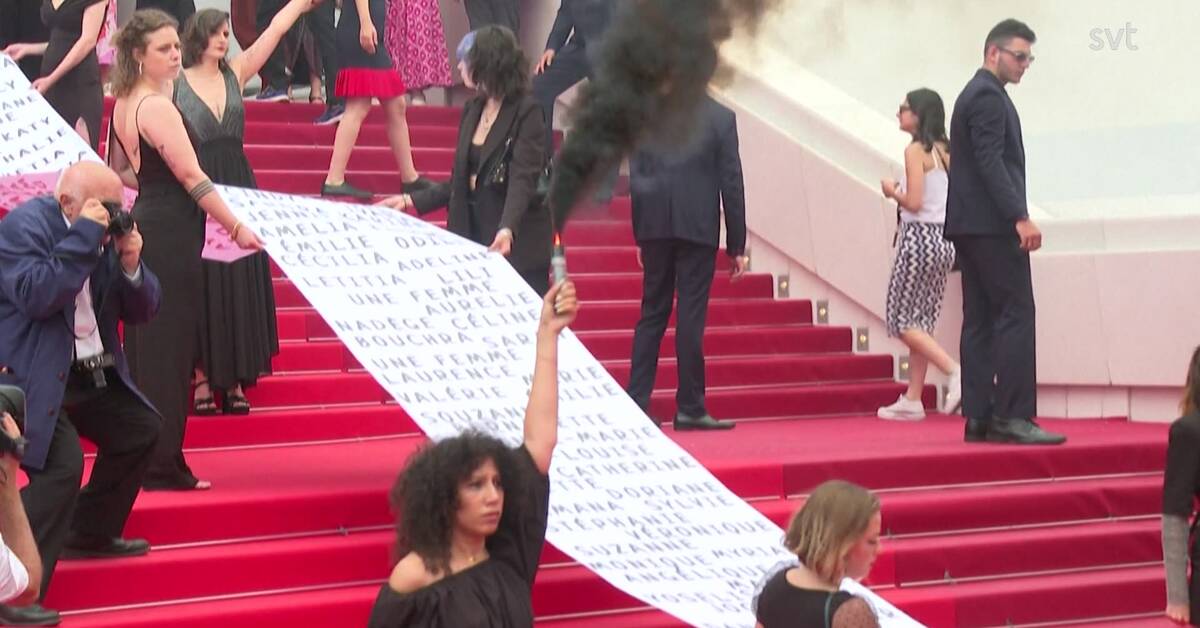 Black-clad women walked the red carpet with black smoke cannons and a list of women murdered in France.

The protest was held in connection with the premiere of Swedish-Iranian director Ali Abbasi's film "Holy spider", based on the true story of a serial killer who kills prostitutes to cleanse the holy Iranian city of Mashad from sin.

However, the action was carried out before the actors and the film team arrived on the red carpet.

One of several protests

According to Deadline, a spokesperson for the film Riposte féministe, which is also shown in Cannes, says he is behind the protest.

Riposte féministe is a documentary that follows ten groups of women protesting against harassment, rape and murder of women.

According to The Guardian, no attempt was made by the festival to stop the protest.

Also on Friday, a protester stormed the red carpet during the premiere of "Three thousand years of longing".

The protester took off his dress and had "stop raping us" written on his stomach to protest against Russian troops' sexual violence against Ukrainians during the war.

See the protest in the clip.