Feijóo culminates the change that has relaunched the PP

Emulating Fraga when in 1990 he gave way to Aznar at the head of the Popular Party, Núñez Feijóo yesterday ceded the leadership of the Galician PP to the already president of the Xunta, Alfonso... 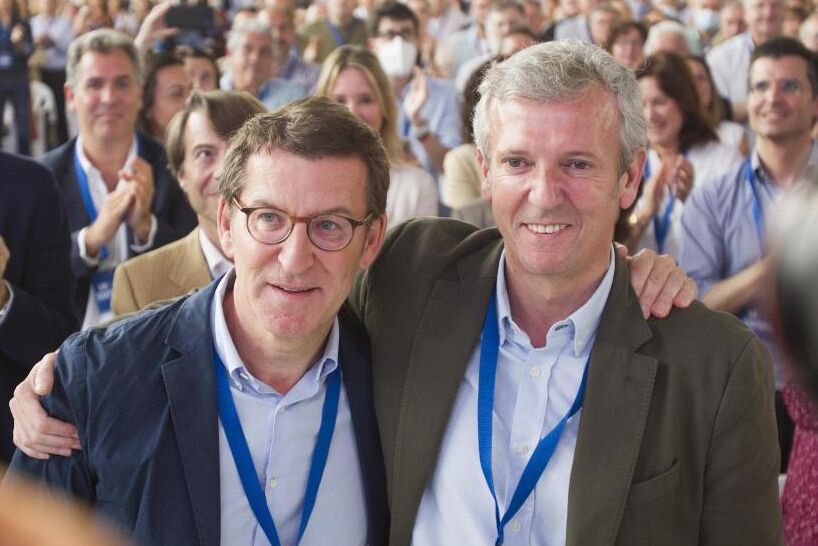 at the head of the Popular Party,

yesterday ceded the leadership of the Galician PP to the already president of the Xunta,

The maximum leader of the

thus culminates a stage that, in just 51 days -those that have elapsed since Feijóo was appointed in the extraordinary congress of Seville-, has served to

, deactivate the wars internal elections that so damaged their expectations as an alternative to sanchismo and give a decisive boost to a PP that, according to the polls,

, whether they are held sooner or later.

It was also essential to stop the bleeding in the party before the organic crises that distance the citizen so much weighed down the chances of a revalidation as deserved as that of the Andalusian PP before regional elections called to mark the passage of a new and unstoppable cycle towards alternation in the Government of Spain.

What Feijóo has achieved in such a short time cannot be detracted from.

In politics, things follow one another in such a dizzying way that today it is hard to remember that the Popular Party was plunged two months ago into

one of the biggest crises in its history

as a result of the serious irresponsibility of the previous leadership, with

Feijóo did not put himself in profile.

He heeded the unanimous call to pass the worst of the pages written by the party.

And, with a serene and firm style, and a road map that went first of all to relocate the PP in its place, he has completed a process that has gone from the succession in Genoa to his own succession in Galicia, passing through the essential congress of the Madrid PP that this weekend has put an end to an anomaly that nobody understood and crowned an

who has finally been able to carry out the

that she wanted to give continuity to the liberal project that they endorsed so massively at the polls the people of Madrid a year ago.

In the case of Galicia, the transition has taken place in a calm and exemplary way.

, quite a feat in a political era characterized both in Spain and in practically all Western democracies by strong parliamentary fragmentation.

The PP is well established in this Community, where both its management and the cohesion of training are rewarded.

This was also reflected yesterday with

the support of 97.2% of the delegates to a Wheel

that is a guarantee of institutional stability.

Today Feijóo will appoint some intermediate positions in Genoa and will reshape the parliamentary groups, although he will keep

With an eye on the next electoral appointments, and prepared for

, the challenge now for the leader of the PP is to broaden the

bases as much as possible .