Ten years ago, the Danish artist Jeppe Hein was burned out, and wanted to start his life again. The work of exploring and re-examining identity has led to the exhibition "Who are you really?". Now the art project Moderna Museet's big summer investment, an exhibition where you want to get the visitor to look inwards, towards your own identity. 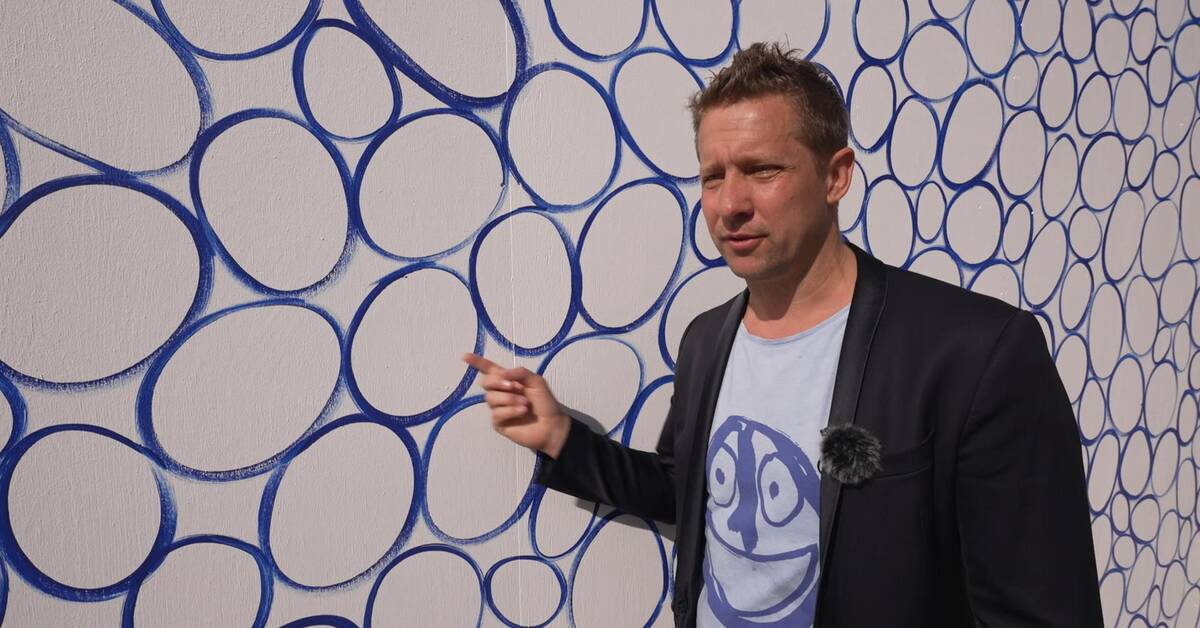 By then, ten years ago, Jeppe Hein was already a successful artist who had exhibited at several of the world's foremost art centers, such as MoMa in New York and the Center Pompidou in Paris.

When his energy ran out, despite his success, he began to question himself, and his career in the art world.

- The burnout taught me that I sought love and fame outside of myself.

I traveled around and tried to find it, and got something out in the moment, but when I got to the hotel room everything was gone, says Jeppe Hein.

He questioned whether it was really art he would continue to pursue, and realized that a lack of self-knowledge was a clear lack of him.

- To get confirmation, you must first find love and compassion within yourself, before you can give it to someone else, says Jeppe Hein.

The exhibition has three parts.

It is partly an interactive fountain outside the museum.

Inside the reception, he has created seven rooms in the colors of the rainbow, which are to symbolize the various chakras of man, a kind of energy field according to Hindu philosophy.

Then there are four more rooms with workshops inside the museum.

In what way is this art?

- I see art as a language without words.

Art is about emotions and broadening the senses.

It is not about thinking, but about seeing and feeling.

The exhibition is really a tool that opens up for playfulness, but also for a smile.

See pictures from the exhibition "Who are you really?"

in the clip above.