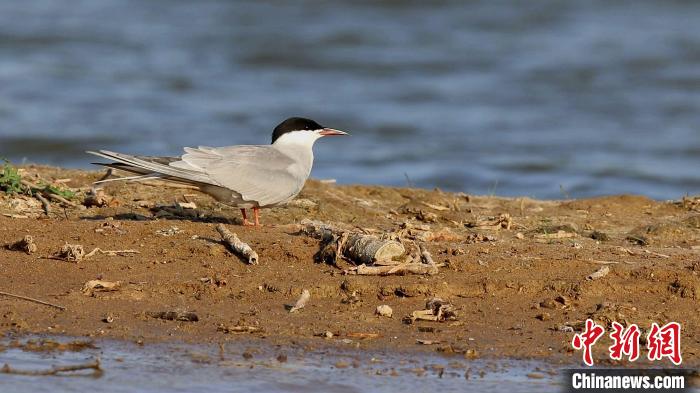 ? Cruising and playing... According to the statistics of Yongnian District Natural Resources and Planning Bureau, as of May this year, there are more than 130 kinds of birds such as egrets, reed warblers, and rhododendrons, and more than 30 kinds of seasonal migratory birds.

The picture shows a tern perched in Yongnianwa.

Yongnian Depression is located 20 kilometers northeast of Handan City, Hebei Province, with an area of ​​46,000 mu. It is one of the three major depressions in North China and the only inland freshwater wetland ecosystem in southern Hebei Province. It is surrounded by Fuyang River and Zhizhang River. , Liulei River, Niuwei River, etc. The average elevation of Wadian is 41 meters, and there is water all year round.

Historically, Yongnianwa has beautiful scenery, lush reeds, symbiosis of fish and shrimp, and flying of wild geese and birds.

In the 1970s and 1980s, due to blind development, water pollution and other reasons, the natural features of Wadian have been damaged to varying degrees, the water area has been shrinking, and the species and number of birds have gradually decreased.

In order to improve the ecology of Yongnianwa and reproduce the natural features of the wetland, in 2012, Yongnian District, Handan City, in conjunction with the construction of the National Wetland Ecological Park, began to promote the restoration and protection of the Yongnianwa wetland ecosystem, demolished 425,000 square meters of various buildings in the wetland, and implemented the return of farmland. Projects such as restoring wetness, returning ponds to lakes, ecological relocation, and diversion of canals have accumulatively supplied more than 10 million cubic meters of water to Yongnian Depression, newly expanded the water surface by 10 square kilometers, planted more than 2,000 mu of lotus and reeds, and more than 100,000 flowers and trees.

The picture shows the black-winged sandpiper perched in Yongnianwa.

Under the continuous rectification and restoration of Yongnian District in Handan City, the ecology of Wadian has gradually recovered, and many birds have returned here and began to thrive.

In order to provide a habitat and food resources for birds to thrive, at the beginning of 2021, Yongnian District, Handan City set up a special wetland ecological patrol team, and successively carried out cleaning of bird nets and bird sets to combat random discharge, wetland fire, Special actions such as illegal hunting, comprehensive monitoring and dynamic inspection of wetland resources, control and crackdown on various destructive behaviors.

According to Lu Weitao, an inspector of the Natural Resources and Planning Bureau of Yongnian District, Handan City, after ten years of ecological restoration, the number and types of birds that perennially perch in Yongnianwa and migratory birds that come to overwinter have increased significantly. , Whooper swans, little swans and many other rare birds.

In February this year, a rare bird species unique to my country was discovered in Yongnianwa.