Report Africa - Guinea: the victims of the repression of the Alpha Condé regime still in search of justice

In Guinea, proceedings have just been announced against the former head of state Alpha Condé and 26 senior officials of his regime. Justice reproaches them for the violent repression of the anti-third movement... 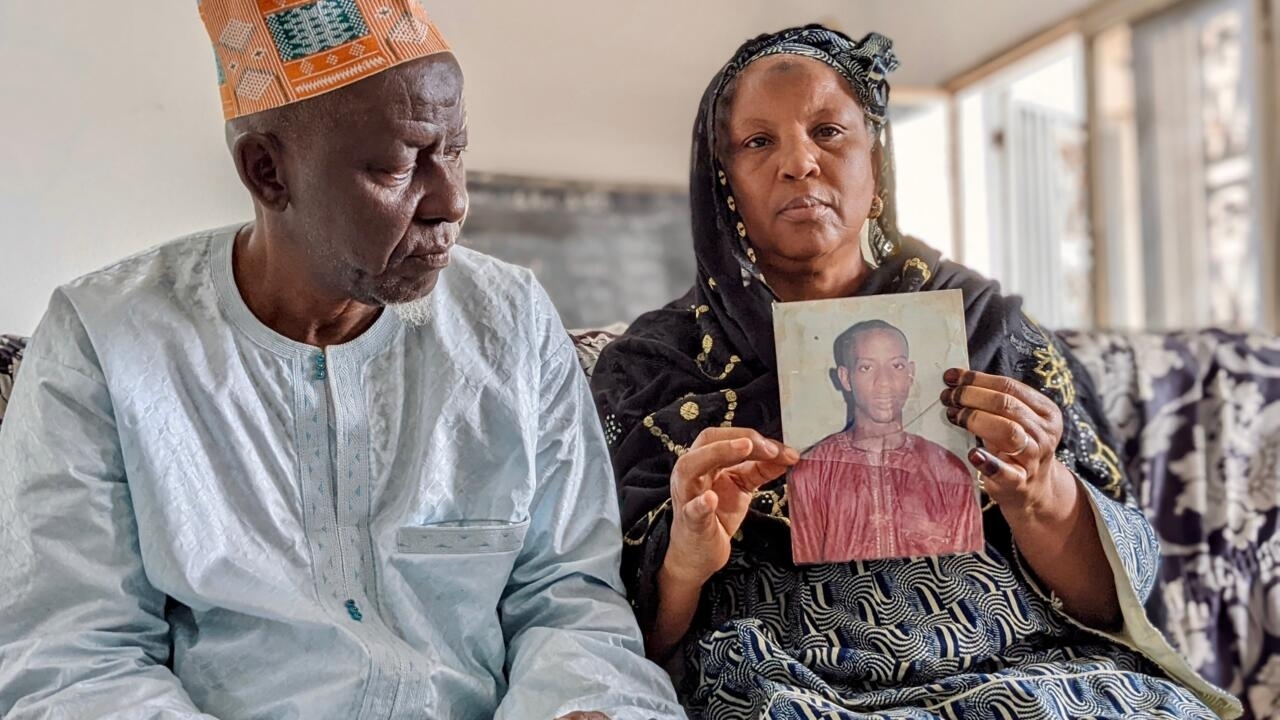 Guinea: the victims of the repression of the Alpha Condé regime still in search of justice

The parents of a victim of the Alpha Condé regime.

The mother holds up the portrait of her son, Amadou Diouldé Diallo, who was 29 when he fell under the bullets of the security forces in 2013. © RFI / Matthias Raynal

In Guinea, proceedings have just been announced against the former head of state Alpha Condé and 26 senior officials of his regime.

Justice blames them for the violent repression of the anti-third term movement which left dozens dead and injured.

It is a complaint from the National Front for the Defense of the Constitution (FNDC) which is at the origin of this procedure.

The organization was the spearhead of the protest.

After experiencing impunity, the victims could finally move forward in their quest for justice.

From our correspondent in Conakry,

after the fall of Alpha Condé

for hope to return among the victims.

When the junta took power, they came to the cemetery here...

", says Boubacar Sidy Baldé, one of the coordinators of the FNDC, the National Front for the Defense of the Constitution, in the Bambeto area.

It is in the cemetery of Bambeto, in the middle of the protesting districts, that dozens of young people were buried.

They saw, they know what happened.

Really, they asked for forgiveness.

Justice must be done.

This is what we are asking for, justice, nothing but justice

From near or far, every family has been affected.

These are the injuries, the deaths, even the rapes …

Even if he remains cautious, he says he is relieved.

He wants to condemn the murderer of his brother who died in 2020. “

He fell in the yard.

Not only do we know the pick-up that was parked next door, but we also know the police who were in it

In March 2022, in the courtyard of a small house, a woman observes, with her eyes bathed in tears, the journalists in front of her.

The FNDC invited the victims of the Alpha Condé regime to take stock of the blood crimes file.

The organization then just filed a complaint against the former president.

► To read also: Guinea: the FNDC wants to support the victims of the Alpha Condé regime in their quest for justice

He was injured by gendarmes on one of the main roads that cross Conakry.

We were on a protest against the third term...

Since that day and until now, things have not gone well with me.

I have not regained my health.

Still no solution in sight for the wounded of the repression and for the victims before 2019, justice continues to be delayed.

The procedure so far only concerns the anti-third term protest movement.