Runner Manal Rostom this week became the first Egyptian woman to stand on top of Mount Everest, the highest mountain in the world, which rises 9 kilometers above sea level. 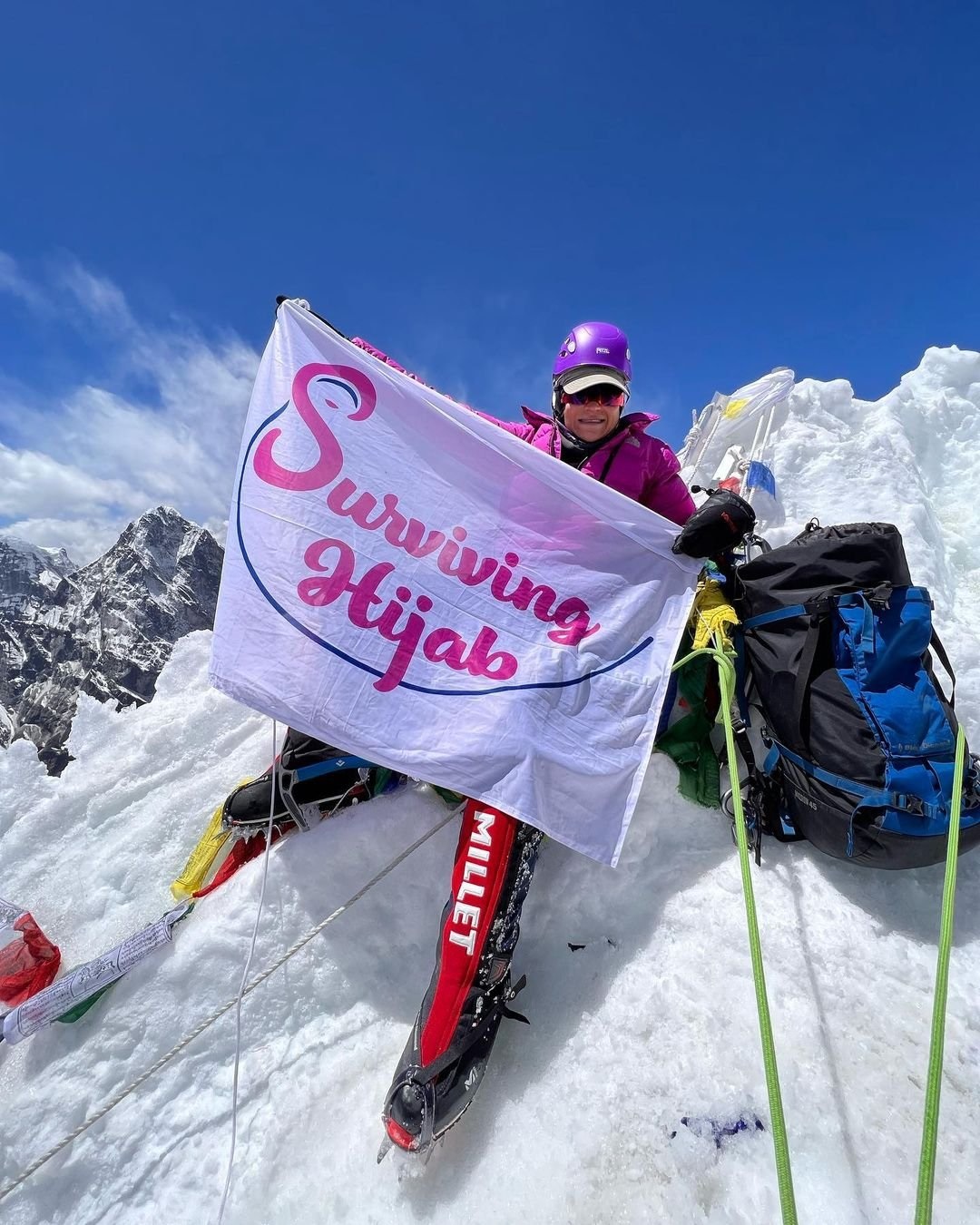 The Egyptian achieved her dream of embracing the clouds, which she first dreamed of 15 years ago, and she waited for six full years to achieve it, during which there was a lot of training and climbing other mountains around the world, to become the first Egyptian woman to reach the summit of Mount Everest.

Rostom underwent a lot of training to successfully complete her mission, which was expected to take more than a month, and on May 2nd, she made it clear that her journey would continue for the next 3 weeks.

On the 17th of last April, Manal raised the flag of Egypt on the third summit of the Himalayas, at an altitude of 6119 m above sea level, but because of altitude sickness that afflicted her, she wrote at the time to document her experience: “This trip was tired due to altitude sickness, and it is considered the first course of exercise to climb Mount Everest.” .

The Egyptian runner documented her journey through her accounts on social networking sites, including pictures of her celebration of Eid Al-Fitr, and she was at an altitude of 6500 meters above sea level, and wrote: "What do you think of the Eid suit, the first session was completed, thank God, and tomorrow we will start the second session."

It is not the first time that the 37-year-old has achieved a record. The first mountain that the Egyptian runner climbed was Mount Kilimanjaro in Tanzania in 2012, which is the highest mountain peak in Africa, reaching 5,895 meters in length.

A year later, she climbed Mount Kenya, which is the second highest mountain peak in the world, and in 2015 she succeeded in climbing the summit of "Elbrus" in Russia, until she achieved her last success in climbing, climbing the Himalayas in 2015 and taking a lot of pictures on Everest.