He calls this a “performative plastic work”. The Rwandan Dorcy Rugamba staged “Supreme Rests” at the International Biennial of Contemporary African Art in Dakar. Halfway between… 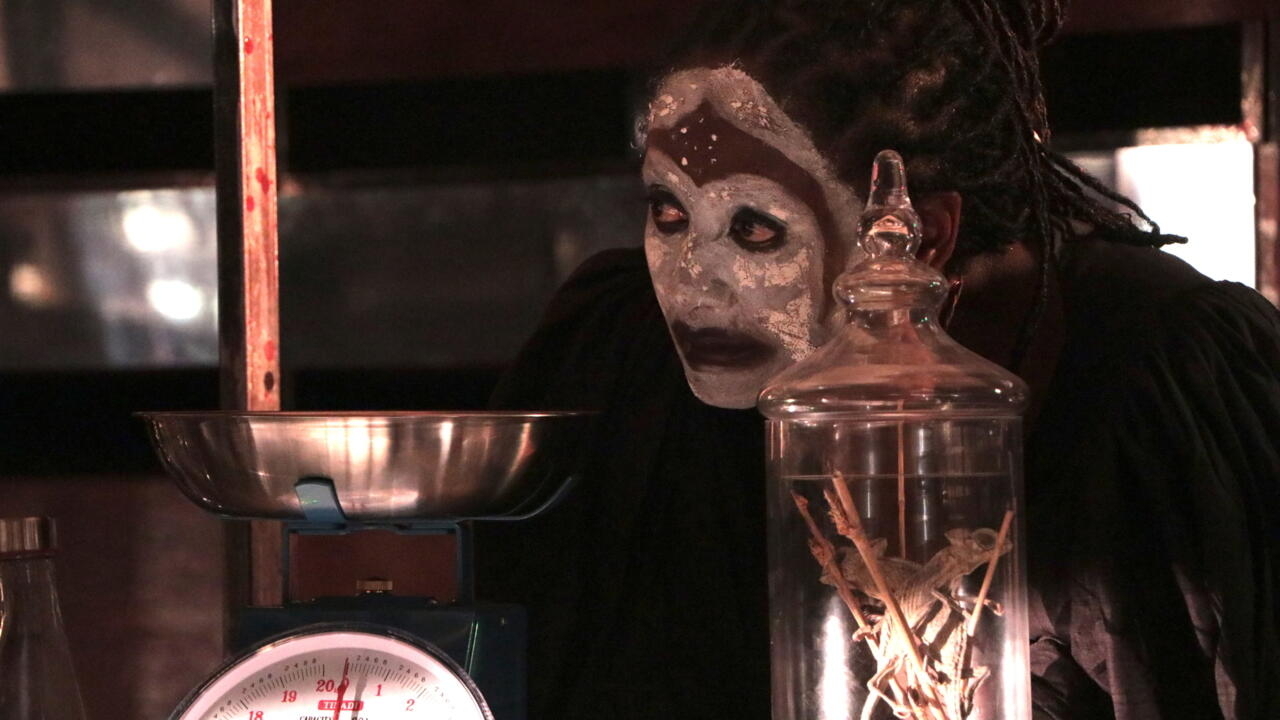 The Punu mask comes to life in the guise of actress Nathalie Vairac.

He calls this a “

Halfway between the exhibition and the play, he wonders about the place of African objects in European collections.

The public is invited to enter the sets, as close as possible to the actors… and to the story.

From our special correspondent in Dakar,

I am the keeper of the leftovers.

This is how a mysterious woman presents herself, her face disguised as a white oval, in a forest of bamboo from which masks hang.

We are at the AfricaMuseum, the new name of the sulphurous Royal Museum for Central Africa in Tervuren, Belgium, erected to the glory of King Leopold II who had made the Congo his personal property during his reign from 1865 to 1909.

This woman is a punu mask that comes to life.

Played by actress Nathalie Vairac, he will guide a visitor to the museum, Malang (Malang Sonko), and tell him about the different masters to whom he belonged.

Successively, the spectator is invited to take place in several universes: four rectangular spaces made of wood and mirrors, which are as many moments of history.

The mask entered the collections of a colonial museum;

he sat in the salon of a Belgian general who liked to hunt elephants and chop off heads;

he found himself on the shelf of a turn-of-the-century “scientist” who was persuaded to demonstrate the superiority of the white race – and of men over women – by measuring skulls;

finally, the mask will return to the land of its ancestors.

Dorcy Rugamba: “I grew up in Rwanda without knowing part of the history of my country.

This story was better documented elsewhere, especially in Tervuren,

It's a rather strange situation.

The question has not ceased to haunt me.

In an inventive scenography with neat decorations, which mobilized around sixty craftsmen, “Supreme Remains” invokes the ghosts of the past.

These "remains" are the remains of a civilization of course.

But they are also human remains.

Very often, the masks traveled alongside bodies that were shipped from Africa to certain laboratories in the West.

Sometimes, moreover, the masks and the bodies were found in the same institutions, such as the Musée de l'Homme in Paris.

There were both dissection laboratories and ethnography departments.

Their status is debated, delaying their burial in their country of origin.

Professor Pi (François Sauveur) is a fan of “craniometry”.

In the last part of the performance, the history lesson – never tedious – turns into a spiritual experience.

The viewer is invited to take off their shoes to enter the ultimate space, presented as a “sanctuary”.

Malang, the museum visitor, will rediscover his culture, his language, his music – performed live by a kora-balafon-ikembe trio.

The ancestors will always speak to you.

They are in you.

They never left you.

“Supreme Remains”, by Dorcy Rugamba, at the Museum of Black Civilizations in Dakar until June 10.

Spearheading African creativity, the Dakar Biennale is back