"The Batman," the re-release of one of DC Comics' most popular characters, brings the series back to the fore. The series did not receive re-releases as much as "Batman", as it was released cinematically for the first time in 1966, the second in 1989 under the direction of Tim Burton, and the third in 1995 by Joel Shaw 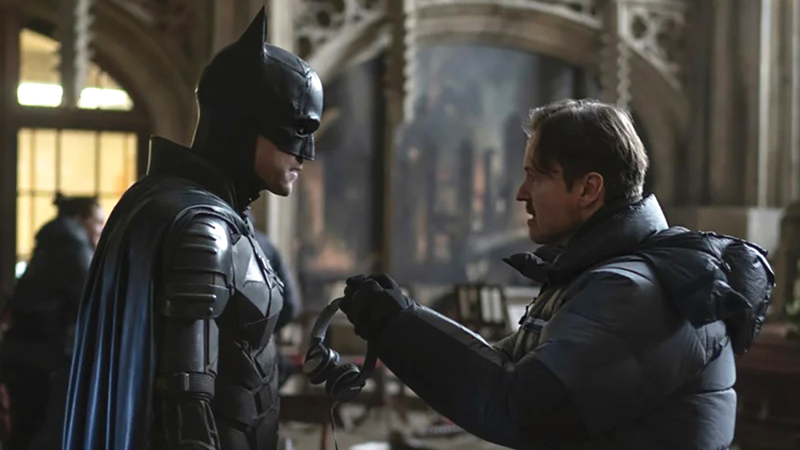 Focuses on investigation and marginalizes "action"

"The Batman," the re-release of one of DC Comics' most popular characters, brings the series back to the fore.

The series did not have re-releases like “Batman”, as it was released cinematically for the first time in 1966, the second in 1989 under the direction of Tim Burton, the third in 1995 by Joel Schumacher, the fourth by Christopher Nolan in 2005, the fifth by Zack Snyder in 2016, and this is the sixth.

The series did not succeed as well as Nolan's 2005-2012 trilogy, which revolutionized the world of comic films, when I took it out of the vulgar and fake mold and entered it in the mold of seriousness and realism.

This new series directed by Matt Reeves is closer to Nolan's serious vision and far from Snyder's nonsense.

This vision focuses more on the human element of the character than on its courage, though the latter is hard to hide.

If Nolan's masterpiece trilogy was a gangster blockbuster in the form of superheroes, then Reeves' movie is essentially a serial killer mystery with comic book elements.

All the aesthetic aspects of the film owe to the legacy of the second wave of "film noir" that prevailed in Hollywood from the late sixties until the beginning of the new millennium, and had its peak in the seventies.

Stylistically, the film is heavily influenced by Nolan's masterpiece.

Like any crime movie, "The Batman" deals with themes of secrecy and identity and uncovers unexpected secrets (for a seasoned viewer it is to be expected).

The hero is anxious and tormented, while the villain is spiteful and complex.

There are a lot of crime lords and a lot of corrupt cops, and no one, not even Batman, has superpowers or special abilities.

The story focuses on a series of murders and the ability and determination of a Gotham City vigilante disguised as a bat to uncover and stop the criminal, while at the same time wrestling with his inner demons.

It is clear that Reeves was influenced and borrowed from crime films in the 1940s (the first wave of film noir), and he does not hide his influence on David Fincher's vision of the "second wave" of noir, which was embodied through Fincher's films "Seven" in 1995 and "Zodiac" in 2007.

"The Batman" is not a personal origin story, as it begins some time after the reclusive billionaire Bruce Wayne (Robert Pattinson) invents his iconic suit and sets out to fight crime on the streets, as the late cinema's most famous vigilante Charles Bronson did in the "Death Wish" series. , 1974.

Gotham City cops don't trust Batman, with the exception of Lieutenant Jim Gordon (Jeffrey Wright), who decides to ally himself with The Bat despite not knowing his true identity.

Of course, only his servant and personal secretary Alfred (Andy Serkis) knows his true identity.

None of Gotham's criminals, including Boss Carmen Falcone (John Turturro) and his co-pilot Oswald Coppelbutt "The Penguin" (Colin Ferrell), realize how dangerous Batman is to their actions, and therefore don't worry them, of course, this fact will not last beyond the end of the film's events.

The killer, who calls himself "The Riddler" (Paul Dano), for leaving riddles and questions behind him, baffles the city as he targets high-ranking government officials or police officials.

While Gordon works to solve crimes and uncover the killer's identity using traditional police tactics, Batman does the same in ways his ally can't.

That's what he brings to Falcone, "The Penguin" and Selina Kyle (Zoo Crafts), a young woman with a fondness for stealing jewels, especially those shaped like cats.

As soon as this is mentioned about her, it is clear which character we are talking about.

"The Batman" is a very long movie that extends for three full hours, and suffers from sub-stories that hinder the pursuit of the criminal and his mysteries, so he disappears in the background.

Reeves and screenwriter Peter Craig deserve respect for their ambition, but the film's duration is like a curse on it, it's seriously imbalanced, it's too slow to be boring, and Reeves could have canceled at least half an hour or compressed the action into two hours.

Pattinson - the new Batman - and Ben Affleck's successor in the role, appears pale and in one tone throughout the film, which may be required of him, but the performance is boring, as is the duration of the film.

The action scenes are very few for a movie of this quality, but they are very well done.

In general, the film focuses on the investigation aspect more than anything else, as well as on the analytical aspect of puzzles, and trying to reach solutions through mazes.

The Riddler, portrayed by Jim Carrey in "Batman Forever" in 1995, and first appearing in the comics in 1948, may not be as diabolical as the "Joker" in "The Dark Knight", but he is evil enough to be a rival to Batman.

Reeves is an accomplished director who is best known for developing consumer films by adding innovative touches to them. His most famous work in this regard is the “Planet of the Apes” series 2014 and 2017;

And before them, Cloverfield 2008.

If you mean an action movie, then this "Batman" is definitely not for you, and if you mean a movie that delves into the character of a vigilante in a bat costume, it's definitely your movie, but you have to be patient.

To view the full issue,

The puzzle-writer killer is not new to cinema. We saw him in David Fincher's masterpiece "Seven" in 1995, and was brilliantly embodied by the expelled from "Hollywood" Kevin Spacey.

And the British character Jeremy Irons embodied a performance because of which he deserved to be added to the list of the most famous villains in cinema.

Then in 2004 came the Saw movie series, with a torture-obsessed puzzle killer named jigsaw, and old Tobin Bell portrayed him in an iconic performance that prompted collectible manufacturers to request a license to make character dolls that are sold all over the United States and the world to keep pace with the obsession of fans of the series. by personality.

Director Reeves and screenwriter Peter Craig deserve respect for their ambition, but the duration of the film is like a curse on it.

Patinson - the new Batman - and Ben Affleck's successor in the role, appeared pale throughout the film.

• If you mean an action movie, then this "Batman" is definitely not for you, and if you mean a movie that delves into the character of the vigilante in a bat costume, it is definitely your movie, but you must be patient.

The year in which the "Batman" series was first released cinematically.