The novel "Bread on Uncle Milad's Table" by writer Muhammad Al-Naas, issued by Rasham for Publishing and Distribution, won the fifteenth session of the International Prize for Arabic Fiction, according to what the head of the jury, Shukri Al-Mabkhout, announced, during an event organized in Abu Dhabi this evening. 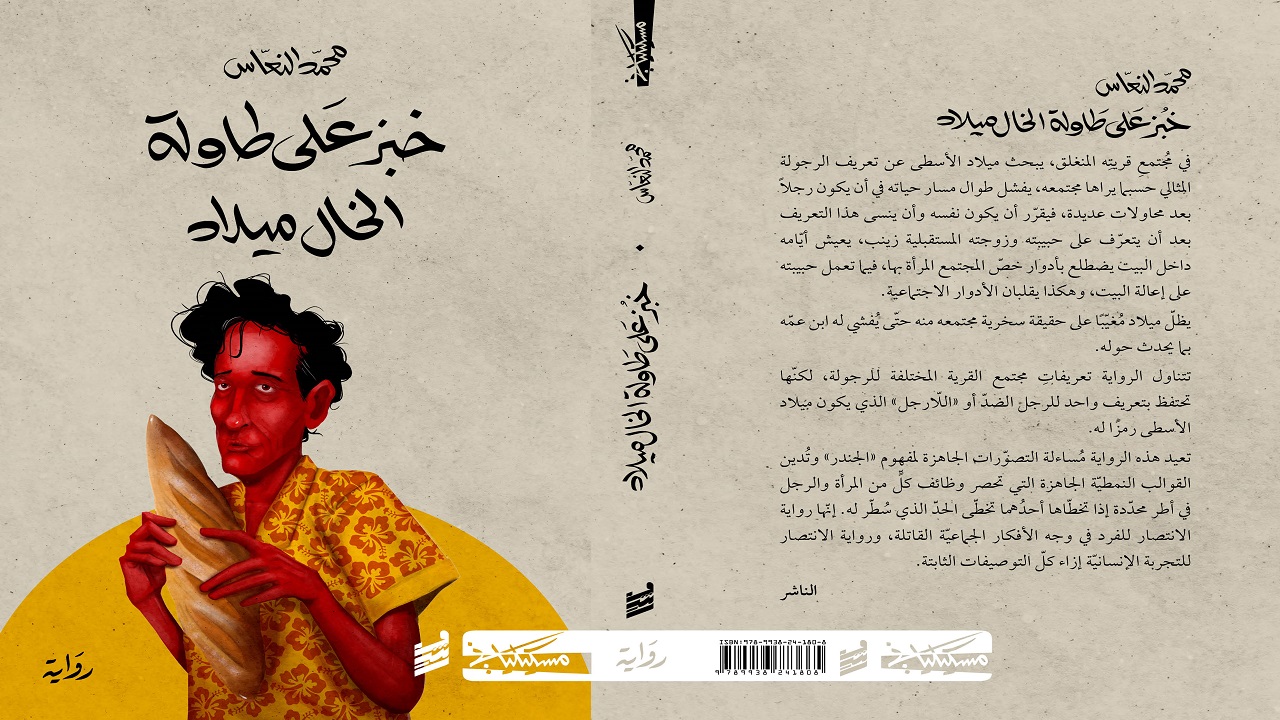 The novel "Bread on Uncle Milad's Table" by writer Muhammad Al-Naas, issued by Rasham for Publishing and Distribution, won the fifteenth session of the International Prize for Arabic Fiction, according to what was announced by the head of the jury, Shukri Al-Mabkhout, during an event organized in Abu Dhabi this evening. The writer was absent and a publisher Saleh Al-Hammad Al-Kitab receiving the award on his behalf.

Al-Mabkhout said: "The crowning novel was based on recovering a personal experience in a kind of confession that organized the elaborate, interesting narration, the chaos of its details to provide a thorough and deep critique of the prevailing perceptions of masculinity and femininity, the division of labor between men and women and their psychological and social impact. It is a novel that lies at the heart of cultural questions about global issues. gender, but it is embedded, at the same time, in its local and Arab environment, away from the offensive ideological approach to the relativity and dialogue of the novel.

According to this win, the author of the winning novel will receive the cash prize of 50 thousand US dollars, a guarantee of financing the translation of his novel into the English language, in addition to the opportunity to promote his novel on an international level and achieve an increase in its sales.

"Bread on Uncle Milad's Table" is a unique novel, and its events are set in Libya.

In the closed village society, Milad searches for the ideal definition of masculinity as his society sees it, he fails throughout his life to be a man after many attempts, so he decides to be himself and forget this definition after he gets to know his lover and future wife Zainab, he lives his days inside the house taking on roles Society singled out the woman in her, while his girlfriend works to provide for the house.

Milad remains hidden from the reality of his society's ridicule of him until his cousin reveals to him what is happening around him.

This novel re-questions ready-made perceptions of the concept of "gender" and triumphs over the individual in the face of murderous collective ideas.

The novel "Bread on Uncle Milad's Table" was selected by the jury as the best work of fiction published between July 1, 2020 and June 30, 2021, and was selected from among six shortlisted novels by writers from the Emirates (for the first time), Oman, Libya, Kuwait, and Egypt , and Morocco.

The nominees received a prize of ten thousand US dollars.