The best guided routes (free) to discover the secrets of Madrid

The boy stares intently and blurts out: "Look, the Atleti shield." And he emphasizes: "But I'm from Madrid, eh? &amp; quot;. He does it in front of the statue of the Bear and the... 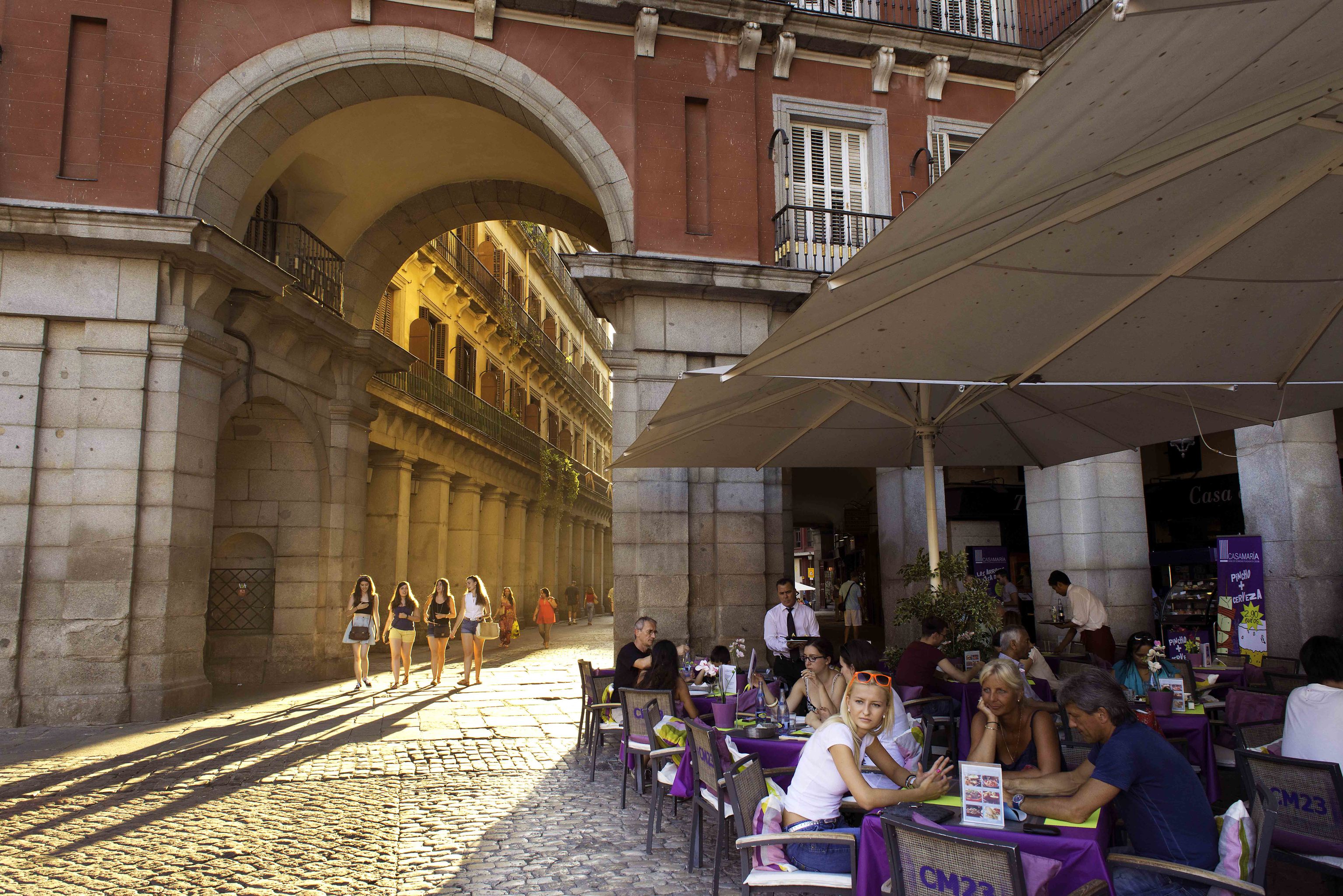 The boy stares blankly and blurts out: "Look, the Atleti shield."

He does it in front of the

statue of the Bear and the Strawberry Tree

organized by the General Directorate of Tourism of the Community.

The guide in question, Vanessa Reichmouth, then explains to him and the rest of the group, which reaches a maximum of 25 people, that yes, he is the

but also of the region since the Middle Ages.

So, walking through the mountains of Madrid meant almost inevitably running into the occasional bear.

hunted one of gargantuan dimensions, a feat that caused the animal to be incorporated into

the city's coat of arms

Then the strawberry tree would accompany him, a tree that was also part of the usual landscape and was used to combat the plague.

Of terraces two steps from the Plaza Mayor.

The sculpture stars in the start of the tour of

conceived in collaboration with the Professional Association of Tourist Guides of the city, but there are more, such as those dedicated to

on the occasion of Pride Gay.

The general public can enjoy 75 in total, which will be repeated until July and always start at

To participate, you must register in advance through the Eventbrite platform.

The route of Classic Madrid continues in front of the first illuminated billboard in Spain, that of

to continue at the corner of Puerta del Sol with Calle Mayor, where the Monastery of San Felipe, or the town's official gossip, was located. "Where the news came from before the events," say the chronicles.

("it was one of the darkest and most dangerous streets in the city," says Reichmouth), Arenal Street, the Theater and the Royal Palace, Plaza de Oriente, Plaza de la Villa or the cathedral of La Almudena are other stops.

Tavern La Fontanilla, in the center.

The original plates with the name of all of them, whose design describes the place to which they refer, as well as

...), "are the work of the same Talaverano potter,

He commissioned to make each one of them by hand. There is nothing like this in any other city", adds the guide towards the

where the route ends.

In the footsteps of the pattern of Madrid

The following route, related to San Isidro, is in force until May 26 to commemorate the

fourth centenary of the saint's canonization.

The 17 free visits available seek to make his life and miracles known by tracing his footprint through the historic center, especially in

From La Almudena, where his sarcophagus is, to the Casa de Carros, where he lived;

the Lujanes Palace, converted into the San Isidro Museum;

location of the old cemetery for the poor of San Andrés.

For its part, on Tuesdays, Wednesdays, Thursdays and Fridays from June 1 to 29, the routes through Chueca will take place, coinciding with the LGTB+ Pride festival.

(as the blacksmiths of Madrid were called), the itinerary advances through the streets of Montera, Gravina, Augusto Figueroa,

As you go, the guides will tell the stories that are hidden among the 18th century buildings with examples of industrial architecture.

The last point is the

Museum of the City,

They take place from April to July and from September to December.

The fourth centenary of the canonization of the saint from Madrid is the 'excuse' for two new tours in May and June around his figure.

From Landscape of Light to the Beti Jai pediment

The other routes go from the Paseo del Prado to the Buen Retiro Garden, both part of the Landscape of Light;

the El Capricho bunker or the Beti Jai fronton.