Only 10 days after receiving her, a father of two daughters ran away with a Ukrainian refugee!

It only took ten days for security guard Tony Garnett, 29, to fall in love with 22-year-old Ukrainian refugee Sofia Karkadem and decide to leave his wife and two children for her after ten years of joint life. Sofia Karkadem fled from Lviv, Ukraine at the start of the war , got 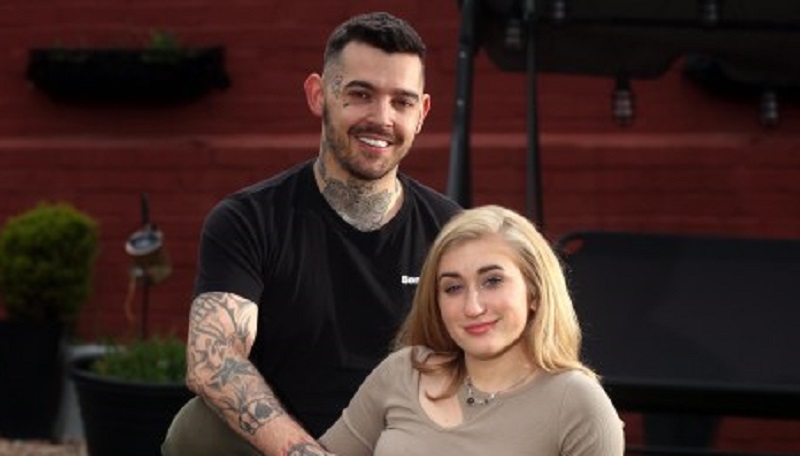 Only 10 days after receiving her, a father of two daughters ran away with a Ukrainian refugee!

It only took ten days for security guard Tony Garnett, 29, to fall in love with 22-year-old Ukrainian refugee Sofia Karkadim and decide to leave his wife and two children for her after ten years of living together.

Sofia Karkadym fled Lviv in Ukraine at the start of the war, and was given shelter in the UK by Tony and his wife Lorna, 28.

Sofia says that as soon as he saw Tony greeted her, she fell in love with him, adding, "Things have been so fast but this is our love story. I know people will think badly of me but it happens. I could see how unhappy Tony was."

Tony, a father of two, surprised his partner, Lorna, by leaving the family home only ten days after welcoming Sophia.

"I know people think this happened too quickly, but Sophia and I know that's the right thing to do," Tony told The Sun.

Before the arrival of his girlfriend, Tony entered the British government's scheme to receive Ukrainian refugees, but after waiting for slow bureaucratic procedures, he resorted to social media.

Describing his feelings at the time, he said, "It all started with a simple desire on my part to do the right thing and put a roof over the head of someone in need of a man or a woman."

He added: "My grandfather fled Russia to start a new life in the UK 60 years ago and without the help of others he would not have started a new life.

Through special pages in support of Ukrainian refugees, Tony and Sophia were connected to each other, with the former offering to become her sponsor in the UK.

Sofia, an IT manager, then traveled to Berlin, where she waited weeks to get her UK visa.

She eventually traveled to Manchester on May 4 and moved to live with Tony and Lorna in Bradford, West York.

But her arrival sparked tensions that quickly escalated.

Tony moved his six-year-old daughter out of her room into a bunk bed with her three-year-old sister to make room for the refugee, over the objections of wife Lorna.

Sofia then began escorting Tony to the gym in Bradford, where they would train together and then sit and talk in his car on the top floor of a multi-storey car park.

Tony confessed, "I knew something was going on between us and Sophia felt the same - neither of us was able to stop the feelings." Then Tony came home once and found Sophia making dinner for him, and told him privately, while Lorna was asleep, that "his wife I'm lucky to have him."

After several days, the wife was so jealous and angry that she asked Sophia to leave, but the husband decided to leave with her, leaving his wife and two children after ten years of joint life with his wife.

He said, "I knew I couldn't give her up and suddenly it seemed like a no-brainer, I told my wife I wouldn't let Sofia leave on her own... We packed our bags and moved to Mom and Dad's house... and now we're planning to spend the rest of our lives together."

In turn, Sophia said that she feels sad about what happened to Tony's family, but she does not regret anything.

The man expressed his regret for his wife's difficult times, and said: "It was not her fault and it was not about any mistake she made, but it was not planned and we did not intend to harm anyone."