[Now in Cannes] 'The Hunt', a 7-minute standing ovation in Cannes... “Lee Jung-jae is the best as a director”

Director Lee Jung-jae held a splendid directorial debut at the Cannes Film Festival. The movie 'The Hunt', which was invited to the Midnight Screening section of the 75th Cannes Film Festival at 12 pm on the 19th, was officially screened at the Lumière Grand Theater. 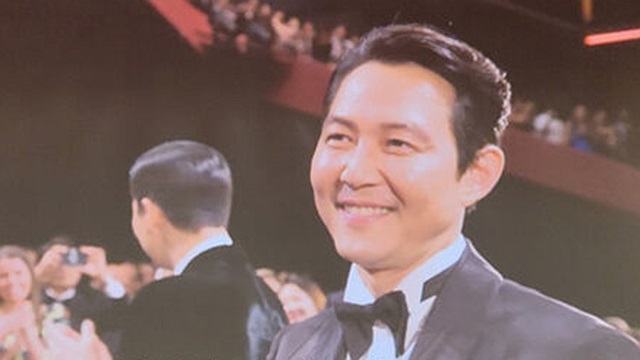 The movie 'The Hunt', which was invited to the Midnight Screening section of the 75th Cannes Film Festival, was officially screened at the Lumière Grand Theater at 12 pm (local time) on the 19th.

'The Hunt' is an espionage action drama that unfolds in the face of a huge incident called 'Korea's No. 1 Assassination Operation' in which the National Security Agency agents Park Pyong-ho and Kim Jeong-do, who are suspicious of each other in order to find a hidden spy in the organization.

'Hunt', which was Lee Jung-jae's directorial debut and drew attention as Lee Jung-jae and Jung Woo-sung's first acting reunion in 23 years, was released amid the hot spotlight of domestic and foreign media and the enthusiasm of filmmakers.

'The Hunt' was completed as an attractive spy thriller based on various events that penetrated Korean modern history in the 1980s.

With a running time of about two hours, the fast-paced development and dynamic action scenes captivated not only domestic filmmakers but also foreign filmmakers.

After the screening, there was a standing ovation for about 7 minutes.

Applause, whistle, and cheers were mixed in the theater.

There were also several Korean filmmakers who shouted "Lee Jung-jae is the best director!"

▲ Standing ovation after the screening of 'The Hunt'

Director Lee Jung-jae was moved as if moved by the cheers and applause pouring on him, and with a bright smile he thanked the 2,500 filmmakers in the theater.

Jung Woo-seong, another protagonist of the film, also attributed all the praise to director Lee Jung-jae, showing respect as a director before being friends.

'Hunt', which made its most spectacular and spectacular debut at the Cannes Film Festival, will continue screening three additional times until the 20th at 11 am, 9:30 pm, and 10:30 pm.

These screenings were sold out early, proving that they were the representative films of this year's Cannes Film Festival.