Symptoms and details to differentiate monkeypox from other skin lesions

United Kingdom, Portugal and Spain record an unusual outbreak of monkeypox. The alert and public health systems of the different countries study how and why... 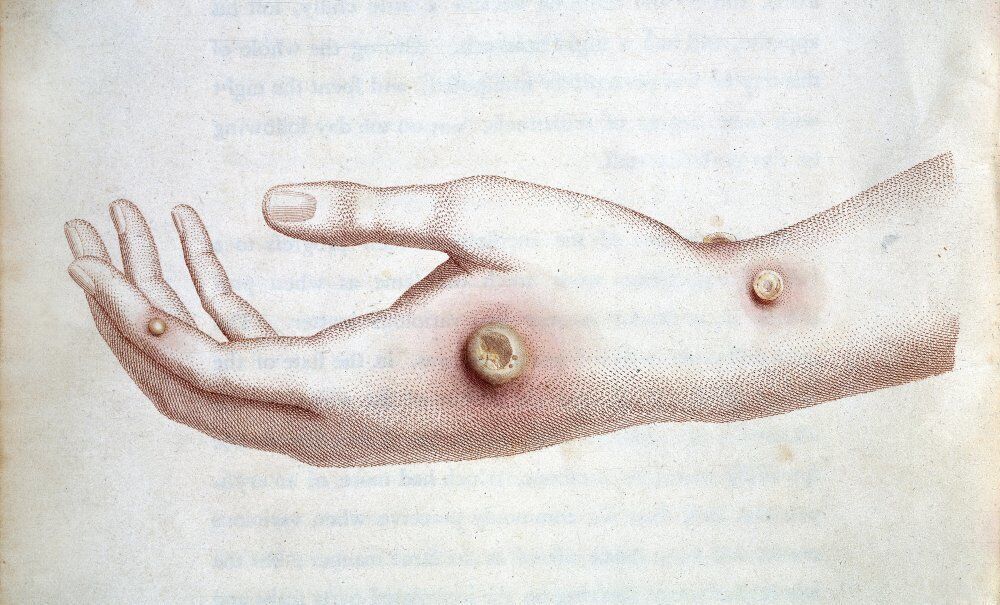 why this rebound in cases occurs outside the usual areas

Given the alarm that may arise and the doubts about

dermatological lesions that make this

from the Spanish Society of Infectious Diseases and Clinical Microbiology (Seimc), its spokesman, Francisco Javier Membrillo de Novales, points out (in a Twitter thread) that "

How is the disease that causes monkeypox?

a rare viral zoonotic disease, it is not a sexually transmitted infection.

The first human cases were identified in the Democratic Republic of the Congo in 1970. The number of cases in West and Central African countries has increased over the last decade.

Outside of Africa, cases of human infections with

have been documented in different countries, including the US, UK, Israel and Singapore.

In all cases, it has been associated with an imported case or with contact with imported animals.

From the Seimc it is explained that according to the

the United Kingdom Health Security Agency (UKHSA) and provisionally adopted since last Tuesday by the Center for the Coordination of Health Alerts and Emergencies (CCAES) of Health and the Autonomous Communities, there would have been This infection should be suspected in: "A person with an

, plus at least one of the main symptoms (described in the next question). In addition to having an

epidemiological link to a confirmed case

or probable case of monkeypox in the 21 days before symptom onset; be

a man who has sex with men (MSM)

What are the main symptoms of this virus?

According to Fernando Fariñas, international coordinator of the group of experts on emerging infectious diseases and zoonoses of the Spanish Society of Virology and director of the Institute of Clinical Immunology and Infectious Diseases, "it is the sum of a series of

Monkey pox on the skin

One of the most striking characteristics of

"There is a certain

resemblance to the spots produced by chickenpox

, but here we must emphasize that

their progression is simultaneous

," explains Raúl Ortiz de Lejarazu, professor of microbiology at the University of Valladolid and former director of the National Center for Influenza from Valladolid.

This skin rash that

traces on the skin

have the following evolution: "

, which after two or three days becomes a

(less than a centimeter lesion with well-defined edges). Later it becomes a kind of

and later it is scarified", explains Ortiz de Lejarazu.

"The rash evolves and goes through various stages.

It can have an appearance similar to chickenpox or syphilis

, before finally forming a scab that later falls off," the British authorities describe.

a self-limited disease and most people recover in several weeks

, from two to four according to Seimc.

However, in some cases serious illness can occur.

How is monkeypox spread?

is not considered particularly contagious between people.

In general, person-to-person transmission is limited.

From the Seimc it is stated that

the transmission is through saliva or respiratory excretions, or by contact with the exudate of the lesion or the material of the scab

may represent another source of exposure.

In the latter case, most of the infections produced in Spain to date are framed.

What is the incubation and contagion period of this virus?

period (interval between infection and onset of symptoms) for monkeypox

Furthermore, it is usually a self-limited illness with

, the patient's health status and the severity of complications.

If most cases have been among men who have sex with men, is it a sexually transmitted infection?

No. Experts insist that it

is a zoonotic infection

The main route of infection common to current cases is through

, but it can also be spread in the ways described above.

Despite this, the UKHSA

recommends "particularly those gay, bisexual and men who have sex with other men

to be alert to any rash or unusual injury."

What is the treatment for monkeypox?

There is no vaccine or specific treatment available.

Treatment is symptomatic and supportive, including prevention and treatment of secondary bacterial infections.

The people under study in Spain evolve positively and are

isolated in their homes,

although they must maintain close surveillance since they may require hospital admission.

Does the smallpox vaccine serve or protect against the simian virus?

Since 1980 there has been no vaccination against

, understood as the infectious disease of humans.

There are observational works

this vaccine could protect against other smallpox, like this one

How did monkeypox arise?

It first appeared in humans

in 1970 in the Democratic Republic of the Congo

(then called Zaire) in a nine-year-old boy, in a region where smallpox had been eradicated in 1968.

, particularly the Democratic Republic of the Congo, where it is considered endemic.

Cases of monkeypox were confirmed in the United States in

the first time the disease had been detected outside of the African continent.

Most of the patients had had close contact with domestic prairie dogs that had been infected by African rodents imported into the country.