For the first time in the history of the World Cup, three women referees, including Rwandan Salima Mukansanga, have been appointed by the FIFA Referees Commission for the 2022 World Cup… 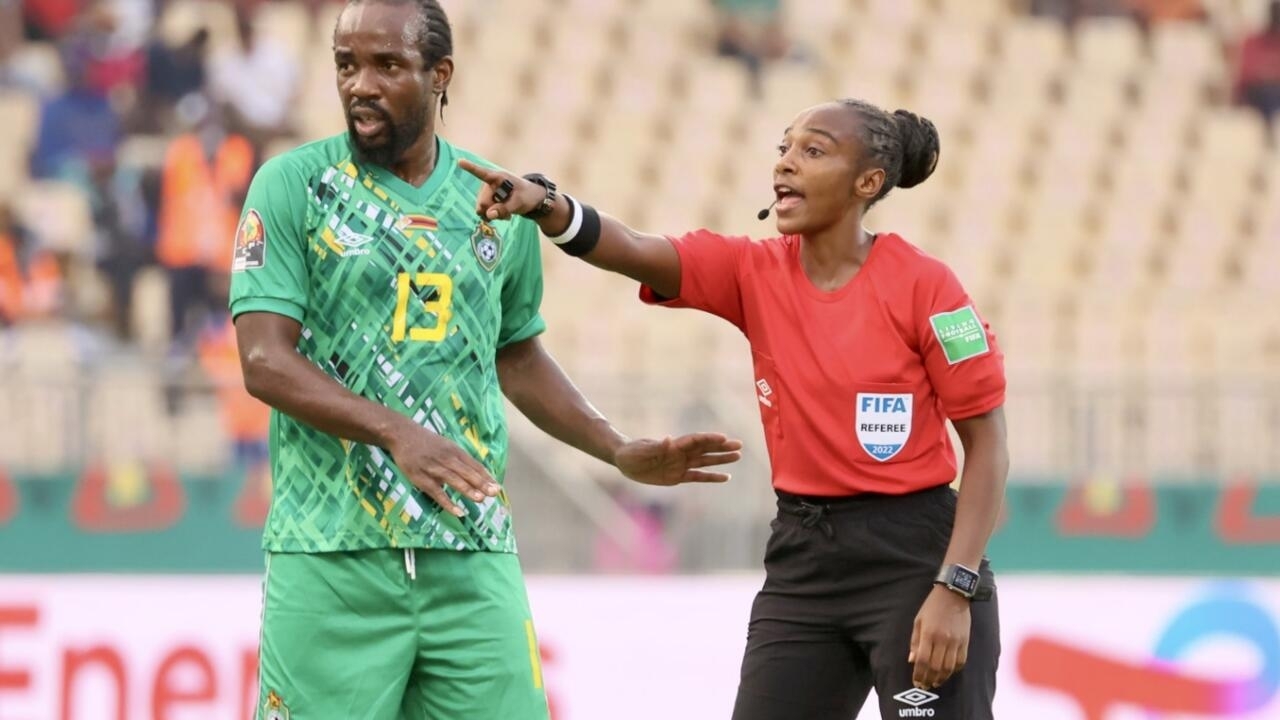 Salima Mukansanga, during CAN 2022 in Cameroon.

For the first time in the history of the World Cup, three women referees, including Rwandan Salima Mukansanga, have been appointed by the FIFA Referees Commission for the 2022 World Cup in Qatar.

Salima Mukansanga had already been the first woman to referee in the African Cup of Nations, in Cameroon last January.

Salima Mukansanga was the first woman to referee in the African Cup of Nations during the Zimbabwe-Guinea (2-1) match, on behalf of the first round on January 18, in Yaoundé.

This time, it is in Qatar that she will officiate as the first African female referee.

When we met with the officials after the game, they told me that they were very happy with my work.

But, beyond that, I told myself above all that I had just opened a real door.

I had just shown that a woman could referee a high-level men's match in Africa.

It was something very strong

, ”she told L'Équipe at the time of the CAN.

This Rwandan full of ambitions is proud to be able to change mentalities and serve as an example to thousands of young women on the African continent.

She obtained her arbitration certificate in 2008 at the age of 20, and took charge of the Rwandan second division matches, both female and male.

In 2014, she officiated for Zambia-Tanzania, in the African Women's Championship.

In 2018, she is the only one to represent Africa for the Women's Under-17 World Cup in Uruguay.

The following year, she was one of three Africans selected for the Women's World Cup in France, where she led Sweden-Thailand (5-1).

For the first time in the history of the competition, FIFA selects female referees.

Their appointment is the result of a long process that began several years ago, which began with the appointment of female referees for certain FIFA senior and youth men's competitions

, Pierluigi Collina, president of FIFA, said in a statement. the Referees Committee.

We thus wish to demonstrate that the quality of refereeing has nothing to do with gender.

I hope that in the future, the presence of female referees at top-level men's competitions will be seen as the rule rather than the exception.

The selected referees deserve to be included in the list for the World Cup, because they have been performing top-flight performances for several years.

That's what matters to us