"Cinema cannot remain silent in the face of Russia's attack on Ukraine." The President of Ukraine broke into, before he only appeared, at the opening of the 75th edition ... 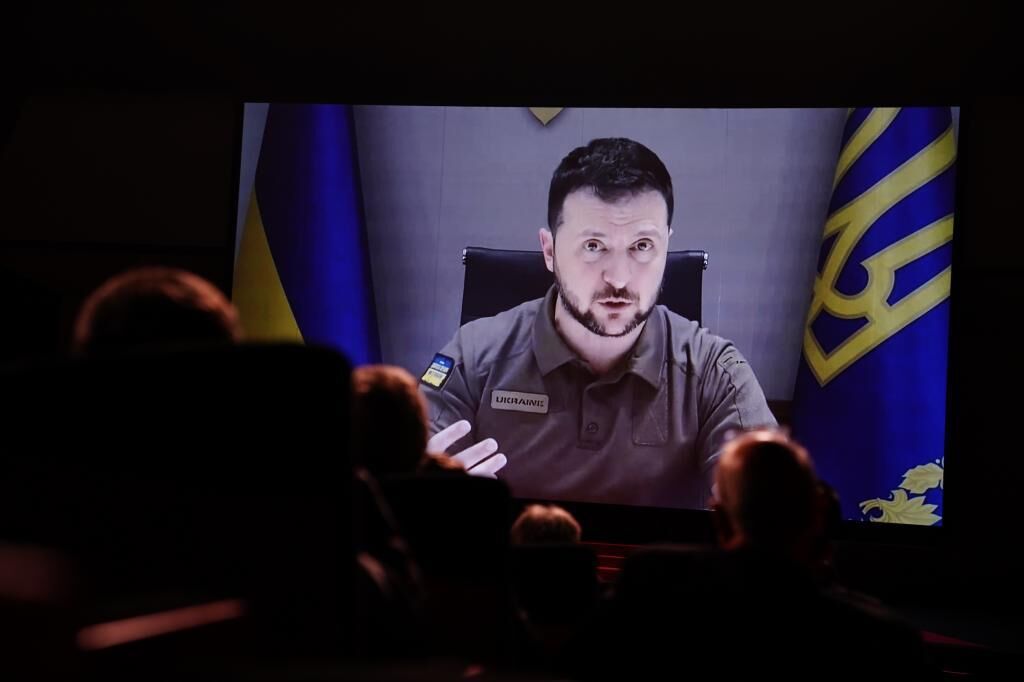 "Cinema cannot remain silent in the face of Russia's attack on Ukraine."

The president of Ukraine burst into the opening of the 75th edition of the Cannes Film Festival, rather than just appearing, and, perfectly in control of the situation (his situation),

His appearance, emotional and perfectly calculated, once again pressed the key that he should have.

If before the United States Congress he recalled Pearl Harbor and in the Spanish Congress of Deputies he brought to mind the bombing of Guernica, in the world cinematographic temple the protagonist was Charles Chaplin.

And more specifically, his film

Of him 'The great dictator'.

"Hundreds of people die every day. None of them are going to get up after the final applause. [...] What will the cinema do? Will it speak or remain silent? If there is a dictator and a war for freedom, it all depends on our unity. So can cinema stay on the sidelines? [...]

, he said in reference to what was the first sound film of the genius born in London in 1889. There was someone among the public who could not help but remember, word for word, the speech with which the 1940 film closes, shot in full World War II.

There Chaplin warns the world that is crumbling: "The dictators are free, only they, but they enslave the people. Let us now fight to make what was promised come true. All of us fight to liberate the world. To break down national barriers, to eliminate ambition, the hatred and intolerance. Let's fight for the world of reason. A world where science, progress, leads us all to happiness".

And Zelenski's closing, consequently, wanted to live up to it: "To all those who listen to me I say: do not despair,

hatred will disappear and dictators will die.

We have to win this victory and we need a cinema that ensures that this end is always on the side of freedom".

Shortly before the actress Virginie Efira gave the floor to the president at war, the Festival's artistic director, Thierry Frémaux, recalled the event's commitment to an invasion that has determined both the programming and the very meaning of the event.

Two generations of Ukrainian filmmakers are quoted in it.

'The Natural History of Destruction'

, about the collapse of German cities during World War II, while the young

in the Un Certain Regard section.

In addition, last week the posthumous film by Lithuanian director

who was murdered in early April in Mariupol, was announced.

shows the life that continues under the bombs "and reveals images that are as tragic as they are hopeful", in the words of the festival's program.

On the other hand, only the Russian dissident

has circumvented the embargo on all productions and delegations related to the Moscow government.