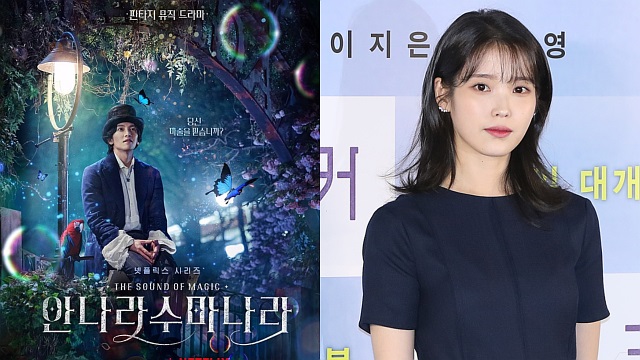 Yesterday (10th), director Kim Seong-yun, who directed 'Anna Sumanara', expressed his gratitude to IU through an interview with a media outlet.

This song is included in IU's fourth mini-album 'CHAT-SHIRE', released in 2015.

As for the reason for inserting IU's song, director Kim said, "I'm used to hearing a lot of other scenes using music while practicing, but I really liked 'Knee' when I heard it on set (without accompaniment)."

IU's real name 'Lee Ji-eun' is included in the thanks to list even in the episode ending credits with 'Knee' inserted.

Director Kim said, "(Through Netflix) I had to purchase the copyright to release 'Knee' worldwide, so I contacted IU. Then, IU wrote and composed the song herself, so I was very grateful to just write it (for free)." He told a joke.

He then explained, "I had a close relationship with IU in the past because I worked in the drama 'Dream High'."

Netizens who heard the news of IU's great consideration showed reactions such as "IU is cool," "I'll have to look up Lee Ji-eun's name again", and "It was a song that suited the scene so well".

The fantasy music drama 'Anna Sumanara' has been receiving a lot of attention by staying at the top of the Netflix TV program category around the world at the same time as it was released.