Press review Africa - In the spotlight: the launch of COP15 in Abidjan

Africa press review In the spotlight: the launch of COP15 in Abidjan Audio 00:04 COP15 opened in Abidjan, Côte d'Ivoire, this Monday, May 9, 2022, around a dozen heads of state. © REUTERS/Luc Gnago By: Fanny Bleichner 4 mins Advertisement At the opening of this 15th Convention of the Parties on Desertification and Drought, the Ivorian President Alassane Ouattara took the floor. The Lepointsu 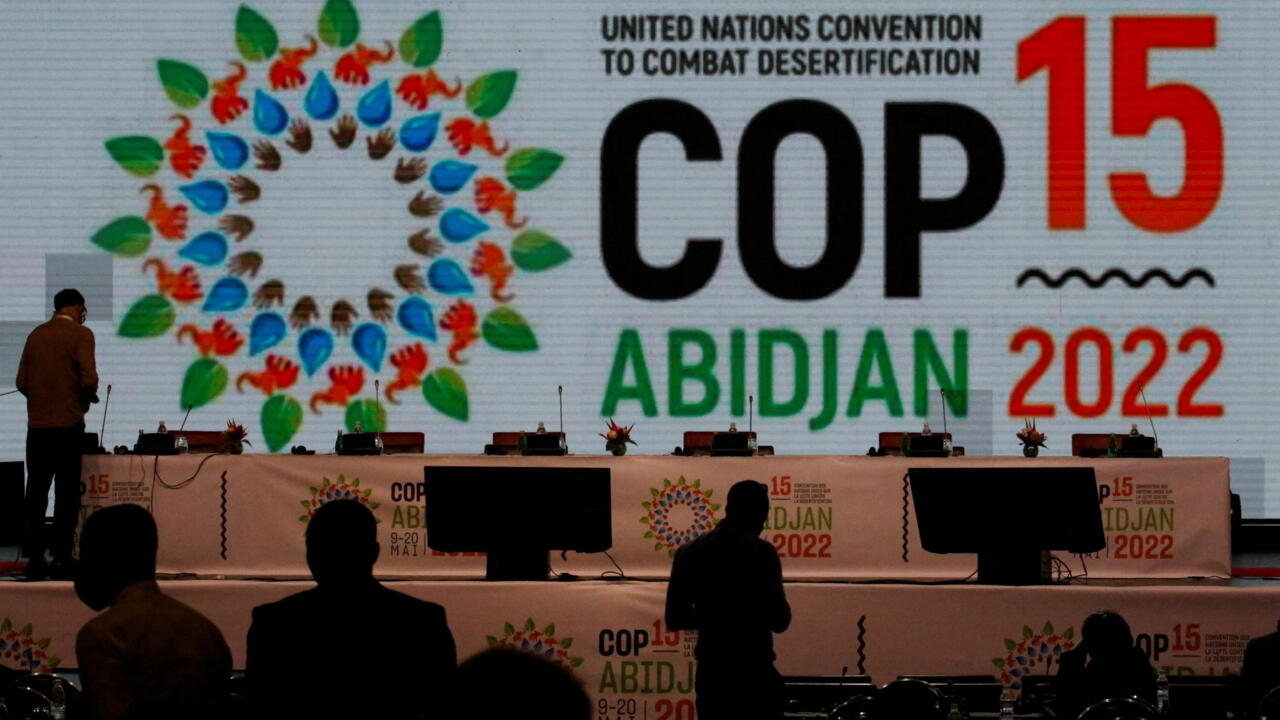 In the spotlight: the launch of COP15 in Abidjan

At the opening of this 15th Convention of the Parties on Desertification and Drought, the Ivorian President Alassane Ouattara took the floor.

For Alassane Ouattara, faced with the threat of soil degradation and drought, it is essential to adopt policies that support the resilience of populations, especially the most vulnerable.

It is also essential, he said, to accelerate the implementation of the major decisions of the Paris Climate Agreement.

"In this regard, I would like to reiterate my call on developed countries to reduce their greenhouse gas emissions, to fulfill the commitment to mobilize 100 billion dollars a year in order to help developing countries succeed in their adaptation to climate change and their energy transition",

Alassane Ouattara felt that today we must go further and mobilize new partners.

In particular, private sector companies involved in the value chains of agricultural products.

reminds us , presenting the Abidjan Initiative.

concerns the fight against deforestation and the restoration of forests

It will therefore require “

a massive investment plan of 1.5 billion dollars over the next 5 years

Illustration of this government commitment with the cocoa sector

cocoa is the main engine of the country's economic growth, it is also unfortunately one of the gravediggers of the Ivorian forest.

The article recalls that the initiative is not new: the government "

made a commitment in 2014, as part of the New York declaration on forests, to produce zero-deforestation Ivorian cocoa from 2017. and restore 20% of the forest cover of the national territory by 2030

The issues addressed at this COP15 affect the entire continent

insists on the presence in Abidjan of 11 African Heads of State and Government.

In total, 196 countries are represented and among them "

which calls for strong commitments, predicting, and I quote: "

Abidjan would be a flop on May 20th or worse a summit of the blah-blah-blah, if clear answers are not given to these problems and if the Africans do not demand certain prerequisites, on the part of those who, by dint of wanting to become masters and possessors of Nature, damage her, torture her and provoke her anger, which anger sweeps over the whole world.

The big industries that remove forests in the different

of Africa must be called to order.

Alas, will they respond appropriately?

It is still necessary that the continent has the means of coercion and speaks with the same voice, because the desert itself, advances, advances...

that the recommendations that will come out of this world conference on drought will not remain a dead letter.

Like all these beautiful resolutions taken at major international meetings, but which very often end up sleeping in the cupboards, when they do not suffer from a lack of political will for their operationalization

The risk is there for

: that this convention is only one “

It was Sunday in the territory of Djugu.

was able to speak with the mayor of Mongwalu.

He speaks of a new, heavier toll: “

52 dead and more than 100 civilians missing

a massive displacement movement of the population towards supposedly secure places

states that a Monusco helicopter was able to evacuate 8 seriously injured in Bunia.

The human toll is always provisional.

Alassane Ouattara opens COP15 in the face of "the climate emergency"

COP15: "319 million hectares are threatened by desertification in Africa"