A portrait of Marilyn Monroe by Warhol sold at auction for 195 million dollars, a record

"Shot Sage Blue Marilyn", a portrait of Marilyn Monroe by Andy Warhol, sold for $195.04 million at auction at Christie's in New York on Monday. He broke the previous record... 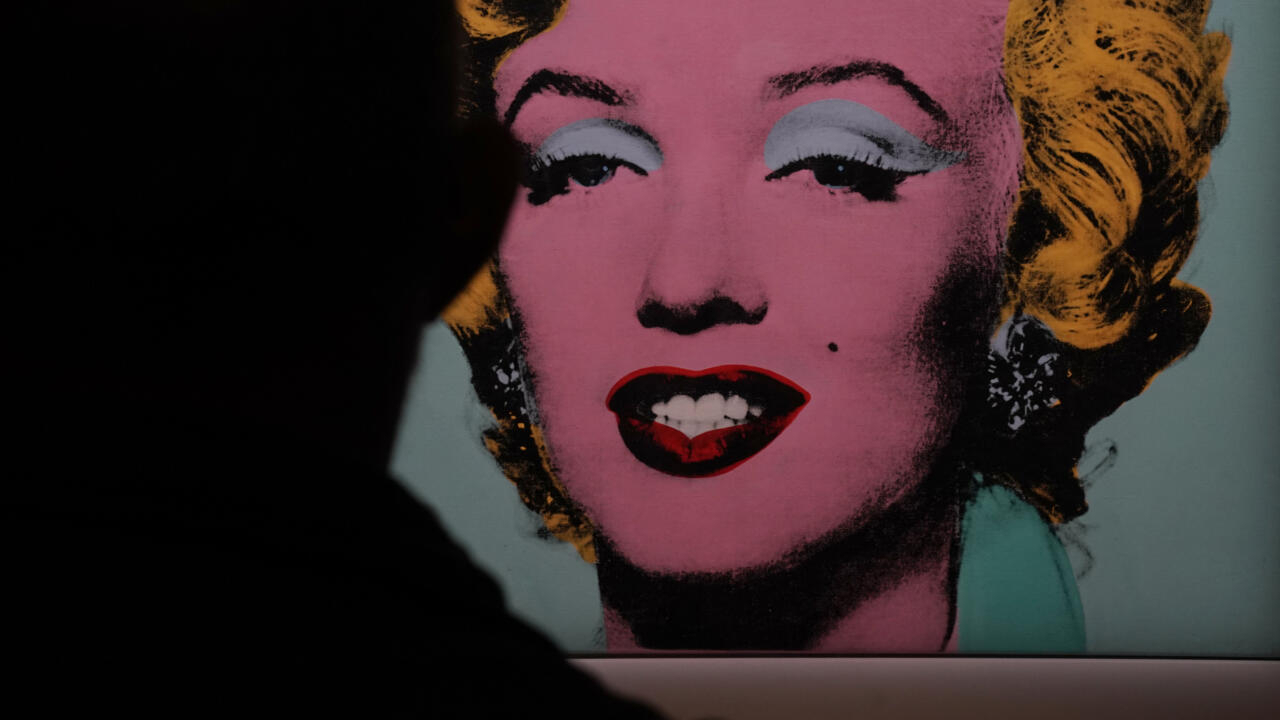 In art, records are linked.

A famous portrait of Marilyn Monroe by American pop art master Andy Warhol was sold for $195.04 million (€184.7 million), including fees, at auction at Christie's on Monday May 9 in New York. York (United States).

"Shot Sage Blue Marilyn", a painting executed in 1964, two years after the tragic death of the glamorous Hollywood icon, left in four minutes in a crowded room at the headquarters of Christie's house in the heart of Manhattan.

The auction house, owned by the very large French fortune François Pinault, clarified during a brief press conference that the offer which had won the "Marilyn" had been made from the room.

The absolute record, all periods combined, for a sale of a work of art at auction is held by Leonardo da Vinci's "Salvator Mundi", auctioned in November 2017 for 450.3 million dollars (426.5 million euros). euros).

>> To read: Was the most expensive painting in the world painted by Leonardo da Vinci?

No trace of revolver shots

Painted in silkscreen ink and acrylics, "Shot Sage Blue Marylin" is one of five meter-by-meter portraits of vivid, saturated, contrasting colors that the Pittsburgh, Pennsylvania-born but established in New York, had made in 1964 from a photo for the promotion of the film "Niagara" in 1953. Pink face, blond hair and pronounced lipstick, the actress reveals an enigmatic smile, on a blue background turquoise.

Four of the five "Shot" of 1964 take their name from an incident that makes their legend.

In Andy Warhol's studio in Manhattan, The factory, a visiting artist, Dorothy Podber, had asked if she could "photograph" the paintings ("shoot" in English).

Warhol had accepted, not understanding that she was then going to pull out a revolver and shoot four portraits.

To the naked eye, no trace appears today of this incident on the work.

The portrait is part of a collection put up for sale by the Zurich-based Thomas and Doris Ammann Foundation, named after Swiss art dealer and collector Thomas Ammann, a friend of Warhol who died of AIDS in 1993, and his sister Doris.

All proceeds from the sale will go to the foundation, which is dedicated "to improving the lives of children" through health and education, according to Christie's.