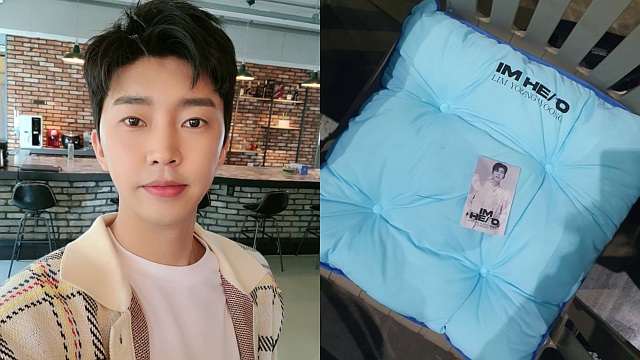 Singer Young-woong Lim, who started his first solo national tour concert after his debut, prepared a special gift for his fans.

In the article published by the author, a photo of the seats spread out in the concert hall, the protruding stage, and blue cushions were attached.

This cushion was provided at every seat of Young-woong Lim's national tour concert 'I'm Hero (IM HERO)', and considering that the fan age is mainly middle-aged, it was a gift prepared by Lim Young-woong so that he would not feel burdened after sitting for a long time.

The cushions are prepared in different colors for each region of the national tour (Goyang, Changwon, Gwangju, Daejeon, Incheon, and Daegu), and there are a total of 7 colors, so fans can take them out after the performance.

The height of the protruding stage in the latter part of Lim Young-woong's concert also drew the attention of netizens.

During Lim Young-woong's first nationwide tour, which showed great consideration for his fans, netizens commented, "You have a sense. It's comfortable and it's a good product!", "The mother who came out with a cushion after the performance was so cute", "It would be fun to collect different cushions for each region." and so on.

After a successful performance in Goyang from the 6th to the 8th, Lim Young-woong will meet his fans in Changwon from the 20th to the 22nd.