Three metal detector enthusiasts by chance discovered a Romanian hoard of coins while spending a weekend camping in Wiltshire. 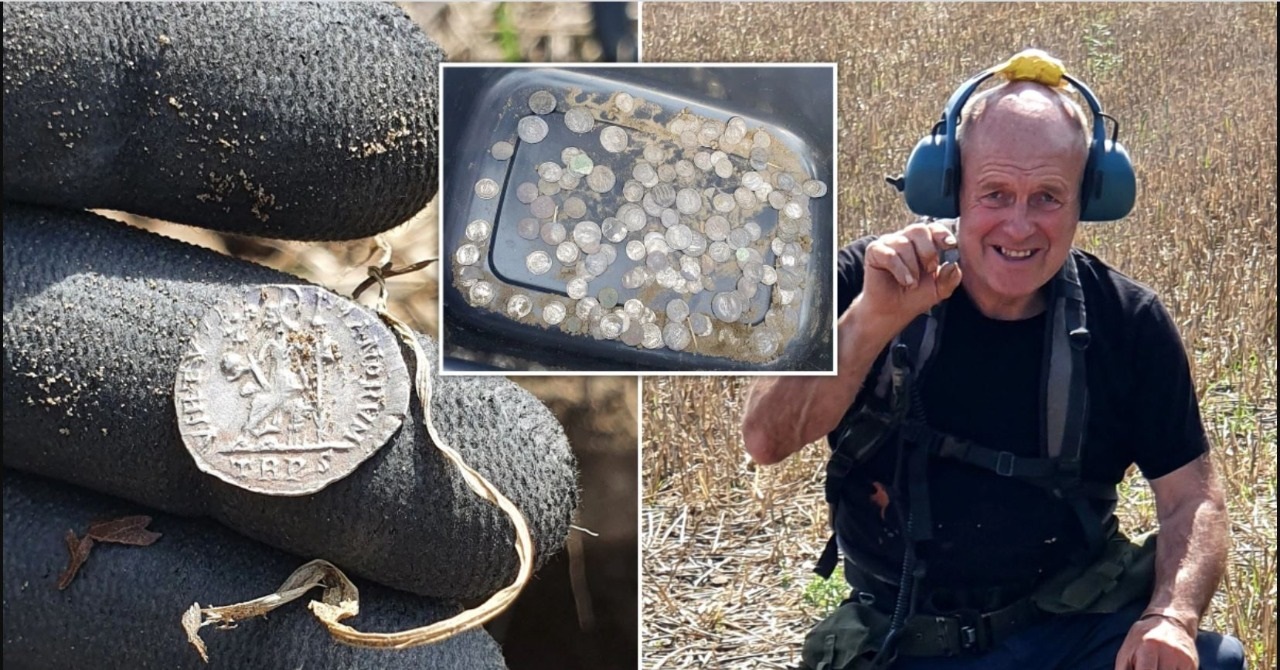 The group was staying in a field near the ancient village of Pewsey when they found the treasure trove just six steps from where they had pitched their tent.

Computer store owner Robert Abbott, of Essex, turned on his metal detector after breakfast one morning and soon came across something.

While the 53-year-old uncovered only discarded metal tent stakes, he dug a little deeper to find a silica Roman silver coin that turned out to be around 1,600 years old.

With so many coins, and nowhere else to keep them, they resorted to storing them in their camping laundry jar since they had nothing else to store in.

Mr. Abbott said: 'After I finished breakfast first, I turned on my machine - a Minelab Equinox 800 - and after walking about six steps from the tent, I found several tent pegs, and just under the roof the Roman silver coin appeared. A few moments later beside it I found another one."

“Ironically, we were camping there two weeks before our week-long expedition. What we didn't realize was that we actually camped over the area where the coins were found.”

The coins are believed to have been buried during the last years of the Roman Empire by people looking to protect their valuables from Saxon raids.

Nigel Mills, of Noonan said: “Almost all of the coins are in good condition and have not needed cleaning since they were discovered.

It is believed that "the coins were buried at a time when Roman rule in Britain under Emperor Honorius was no longer viable, so the army was called in to protect the other provinces."

In AD 410, Honorius was asked to protect Britain itself.

"As a result, Britain became a treasure island in the late fourth and early fifth centuries of Roman gold and silver coins and jewelry vaults where locals buried their valuables before the Saxon raids intensified."