Freedom of the press, collateral victim of wars

World Press Freedom Day, adopted by the United Nations, is an opportunity every May 3 to look into the conditions for exercising this profession. For journalists, testifying... 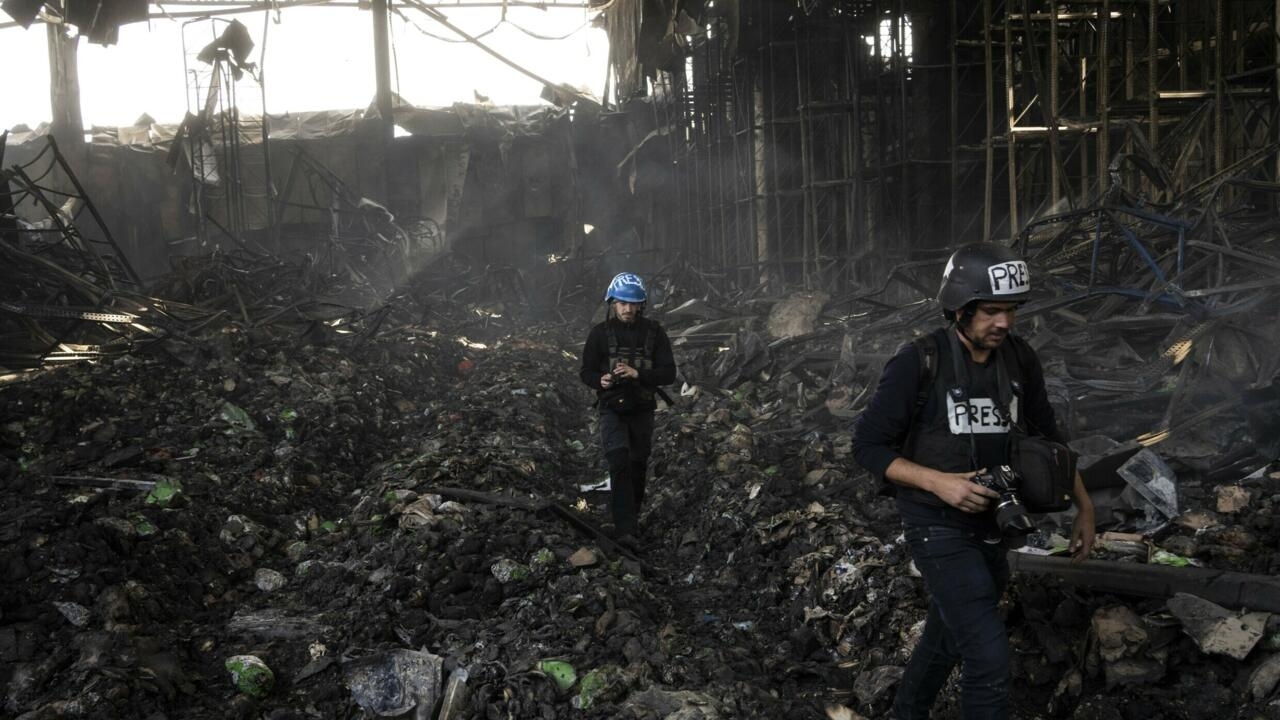 Freedom of the press, collateral victim of wars

Journalists in the rubble of a Russian bombardment in Brovary on the outskirts of kyiv on March 29, 2022. AP - Rodrigo Abd

World Press Freedom Day, adopted by the United Nations, is an opportunity every May 3 to look into the conditions for exercising this profession.

For journalists, documenting wars remains one of the most demanding and dangerous fields.

The year 2022 risks being, for them, particularly deadly.

and author of several books on the profession, including

En Première ligne: journalism at the heart of conflict

These are conventional armies that clash with heavy weapons, with bombardments that do not discriminate against civilians, including journalists

Worse still, in this war as in others,

It's in the evolution of time

and member of the

Informer collective is not a crime

30 years ago, the Western journalist was quite respected.

The tendency to embed reporters within the armed forces, to better control them, which has become increasingly important since the Gulf War, has weakened this.

In Ukraine, several teams of journalists were directly targeted, despite the clear indications of their status on their vehicles.

Elsewhere, information professionals are concerned about the way in which armed groups, particularly Islamists, seek to capture them, to execute them or negotiate them for ransom.

According to the monitoring of the NGO Reporters Without Borders (

), 50 journalists and media collaborators were killed in the course of their work in 2021. The year 2022 should be, in view of the human tolls of the first months, much more deadly.

No limits at the front

For many of these journalists, especially the locals, the war does not end by moving away from the combat zones.

In authoritarian regimes, for independent journalists, there is no real distinction between normal time and wartime

is assassinated, she is not on the front line.

was assassinated in 2006. Today, those of

who would like to document the invasion of Ukraine by their country fear for their safety.

War can take many different forms.

One of the world's deadliest battlegrounds for the press remains

In 2021, it is in this country, just ahead of Afghanistan, that the greatest number of professionals have been murdered.

Cartel bullets kill as much as terrorist bullets, chasing journalists to their homes.

Democracies are not completely immune either, especially when it comes to questioning the links that bind them to war zones.

More than physical, the pressures are moral and above all, judicial.

In France, on arms sales, you can hardly ask questions

," regrets Jean-Pierre Canet, co-author of several surveys on this topic.

Platform for the Safety of Journalists

of the Council of Europe evokes for its part the problem of asylum seekers, Poland, France, Latvia and Lithuania being cited as having imposed abusive restrictions on the access of the refugee press.

There is a permanent struggle between the press and the authorities of countries, even those with a tradition of freedom

Press freedom should not be left to the goodwill of leaders and should be protected by strong institutions, parliaments, the judiciary and by journalists themselves.

In a war zone, a journalist may finally be tempted to be less rigorous.

Distress and horror can lead to going too fast.

The fear of dying, of not being able to bring back what you need, is a cocktail that can make you lose your means

Difficult in the middle of the fights.

The gray areas are all the more numerous as some parties to the conflict may forbid any access to the territories they control.

You have to know how to explain it to the public.

More and more media are doing this work of transparency to tell the limits and constraints of their production.

Faced with the radical nature of the situations experienced, journalists may finally want to get involved more personally, in favor of a side of which they are convinced of the legitimacy, or of the victims in general.

The approach of impartiality applies in the search for facts, but journalists may not be neutral

However, they must always be responsible: if they learn, for example, that the troops of the camp to which they feel closer have committed atrocities, they must report it