Signs and symptoms of skin cancer

Doctors say knowing the signs of cancer can be lifesaving, as the disease can be treated, especially if it's caught early. But many people don't realize what skin cancer can look like, and the warning signs to watch out for. There are different forms of skin cancer. leaning 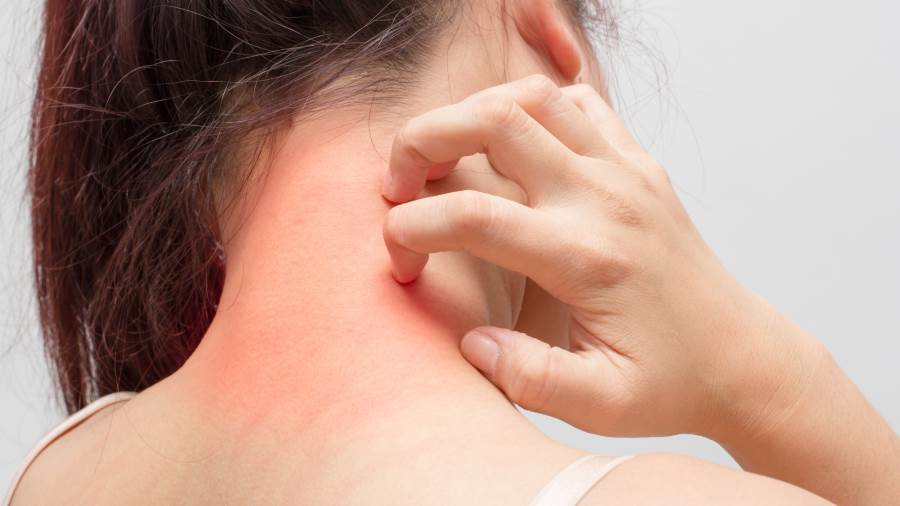 Signs and symptoms of skin cancer

Doctors say knowing the signs of cancer can be life-saving, as the disease can be treated, especially if it's caught early.

But many people don't realize what skin cancer can look like, and the warning signs to watch out for.

There are different forms of skin cancer that generally fall into non-melanomas and melanomas.

What is skin cancer?

Non-melanoma skin cancer refers to a group of cancers that develop slowly in the upper layers of the skin.

The cells in the epidermis (the upper layer of the skin) are most at risk of damage from the sun's rays.

In the epidermis, the most common cells are called keratinocytes.

Cells are constantly falling off when new cells are formed.

However, when the skin is exposed to a lot of sunlight, it causes DNA damage.

Over time, this becomes a problem.

It causes uncontrolled cell growth, which leads to cancerous tumors.

Skin cancer is a type of skin cancer that can spread to other parts of the body.

Melanocytes are cells in the skin that give us the color of our skin because they produce a pigment known as melanin.

And when you sit in the sun, the melanocytes produce more pigment, which spreads to other skin cells to protect them from the sun's rays.

But melanocytes are also where cancer begins.

Too much UV rays cause sunburn, which is a sign of skin DNA damage.

And people who burn easily are more likely to develop skin cancer because their cells do not produce the same amount of pigment to protect their skin.

People with albinism are most at risk because their skin produces no pigment at all.

What are the symptoms of skin cancer?

The most common sign of skin cancer is the appearance of a new mole or a change in an existing mole.

To help identify features of abnormal moles that may indicate the presence of melanomas or other skin cancers, say the letters ABCDE:

A for asymmetrical shape

: Look for moles with irregular shapes, such as halves, that are completely different in shape from each other.

B for irregular edges:

Look for moles with irregular edges, serrated or rounded edges — characteristic of melanomas.

C For changes in color:

Look for growths that have many colors or an uneven distribution of colors.

Look for new growth in a mole that is larger than a quarter of an inch (about 6 mm).

Look for changes over time, such as moles that grow in size or that change in color or shape.

Moles may also develop new signs and symptoms, such as recent itching or bleeding.

It is noted that moles may look soft, pearly or waxy, and they look like a solid red mass and can bleed at times, and never completely heal, and can look like a flat red spot and scaly and may develop into a painless ulcer.

About 75% of all skin cancers are basal cell carcinomas.

They are usually slow growing and never spread to other parts of the body.

If this type of skin cancer is treated at an early stage, it is usually cured completely.

But if it becomes more aggressive, the cancer may spread to the deeper layers of the skin and into the bones, which can make it more difficult to treat.

The other form of non-melanoma skin cancer is squamous cell carcinoma, which is a cancer of the keratinocytes found in the outer layer of the skin.

These cells are found mainly in the face, neck, bald scalp, arms, backs of hands and legs.

Itchy skin and/or itchy moles can be a sign of skin cancer.

A study from 2018, including 16,000 people, found that those with generalized itch were more likely to develop cancer (including the skin) than those who did not.

Skin cancer is usually recognized by a new or changing spot on the skin.

But in some cases, itching may be the reason for noticing the spot.

Itching can indicate other health conditions, so if it's the only symptom you're experiencing and it doesn't go away, see your doctor.