On the anniversary of his suicide today... Russian intelligence reveals Hitler's last meeting with who he was and what he said to him?!

&nbsp;Russian intelligence revealed the last meetings of the Nazi leader Adolf Hitler, who baffled the world with his controversial career, and whose suicide will be celebrated on Saturday. And the Russian Federal Security Service published new archival documents confirming Hitler's suicide on April 30, 1945, and revealing his last meetings and details of the assassination. 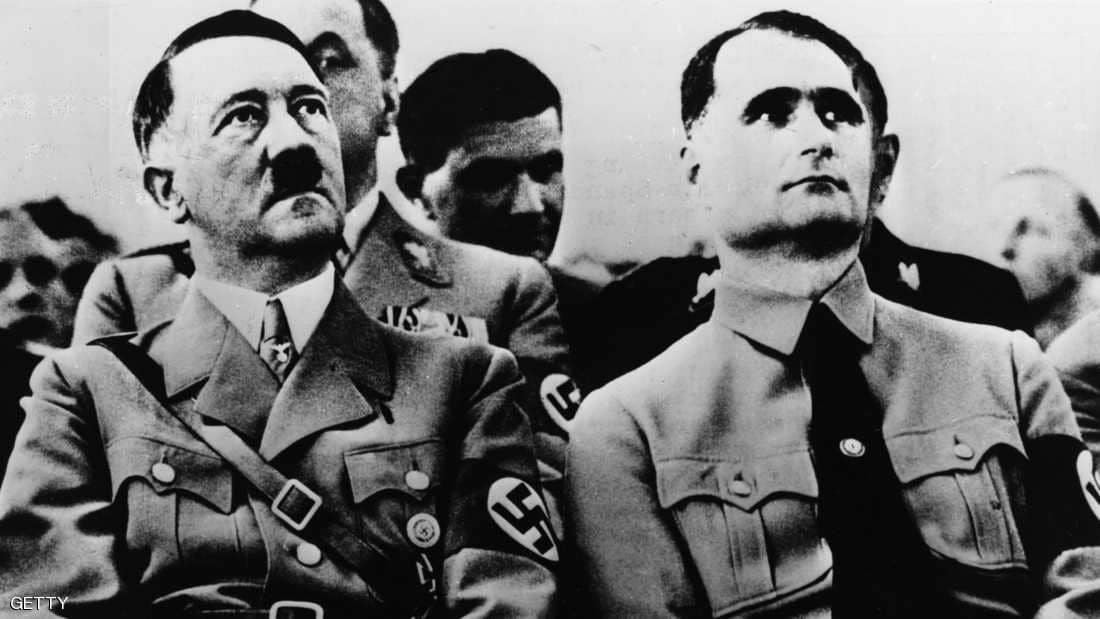 On the anniversary of his suicide today... Russian intelligence reveals Hitler's last meeting with who he was and what he said to him?!

Russian intelligence revealed the last meetings of the Nazi leader Adolf Hitler, who baffled the world with his controversial career, and whose suicide will be celebrated on Saturday.

According to the "Russia Today" website, this time the documents are in the file of the investigation of the former personal pilot of Hitler, who also held a high position in the police, called Gans Bauer, an investigation that took place with him initially in the Russian Novgorod region.

His personal pilot, Bauer, wrote his autobiography in German, which was translated into Russian, and later testified during interrogation by the Soviet Security Service in December of the same year.

A photo of Bauer with Hitler was also published, taken in early September 1932 during the election campaign for the Nazi leader's election as chancellor of Germany.

According to what Bauer wrote during interrogation, the inner circle of Hitler, who was next to him in the basement of the Reich Chancellery in Berlin until the end of April 1945, did not know the final intentions of its leader.

On April 30, in the afternoon, Hitler called him, greeted him in the hallway, and then led him to his room, indicating that what he would say could not be tolerated anywhere else.

“He shook me,” Bauer says, and “he told me he wanted to say goodbye, and I want to thank you for all the years of service.”

"He (Hitler) was getting old and tired. His hands were trembling, and it was clear to me that he had made the final decision to commit suicide," Bauer continued.

According to the documents released, Hitler told Bauer that he wanted to give him his favorite painting as a souvenir, a portrait of King Frederick the Great by Rembrandt that was hanging in Hitler's room.

Bauer tried to dissuade Hitler from committing suicide, warning him that his departure would cause "everything to collapse in a few hours", but Hitler replied in a decisive tone: "My soldiers can't stand it and don't want to go on, I can't stand it anymore."

Hitler explained to Bauer that "the Russians are on Potsdamer Platz and they can take me alive, using sleeping gas."

According to the same source, Hitler ordered the burning of his body and that of his wife, Eva Braun, because he was afraid that they would be hanged and healed, and his fate would be the same as that of the leader of Fascist Italy, Benito Mussolini.

He noted that the last words he heard from Hitler before he shook hands with him and walked out, were: "One day after that they will have to write on my tombstone that I fell victim to my generals."

According to the same source, after they left Hitler's room, Bauer and his assistant went to get rid of papers and prepare to leave the Reich Chancellery.

After two hours of conversation with Hitler, Bauer, having packed his belongings, returned to the basement to take the picture that Hitler had given him, at which point he caught a glimpse of smoke filling the front of the private room.

In the midst of several special forces guards ran up and down quickly.

"Where are the bodies?" he asked.

They replied, "They (Hitler and his wife) have been wrapped in blankets, they have been doused with petrol, and they are now burning upstairs in the chancellery garden."

Bauer, who died in 1993 at the age of 96, had previously published his memoirs in 1956 in German, but it was recently translated into English and turned into a book entitled "I Was Hitler's Pilot".

The pilot said in his memoirs: “I tried to convince him that there were some planes available, and that I could take him to Japan or Argentina, but he answered saying: The war will end with the fall of Berlin, and I stand or fall with Berlin.”

Hitler continued, saying, "A man must muster his courage to face the consequences, so I will end this now.. I know that tomorrow millions of people will curse me.. But this is fate."

Minutes after speaking with Hitler, Bauer was shot and injured in the leg while trying to escape, and then spent about 10 years in a Soviet prison, during which he was tortured in an attempt to extract information about the Nazis.

In the memoirs, Bauer also touched on the personal side of Hitler's life, pointing out that the Nazi leader was allowed to enter his private home without permission, and that he always ate lunch or dinner with him.