Ben Affleck's wife is angry: "He wasted his money and fortune on Jennifer Lopez"!

&nbsp;Hollywood rumors swirled about a falling out between Ben Affleck and his ex-wife Jennifer Garner, over his lavish spending on fiancée Jennifer Lopez. 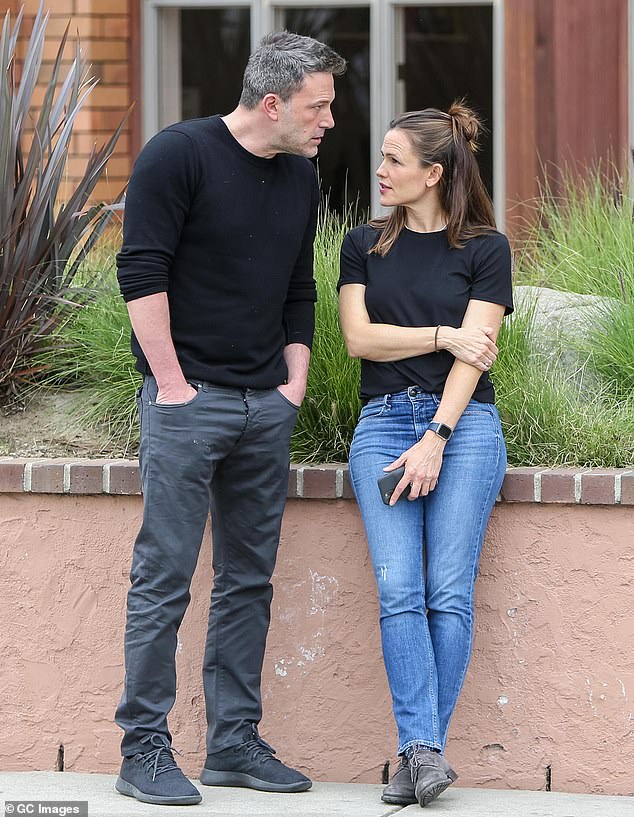 Ben Affleck's wife is angry: "He wasted his money and fortune on Jennifer Lopez"!

Hollywood rumor has it that Ben Affleck and his ex-wife Jennifer Garner are feuding over his lavish spending on fiancée Jennifer Lopez.

And "New Idea" magazine indicated that Garner, Ben Affleck's ex-wife and mother of his three children, is angry because he squandered his fortune and spent millions of dollars on his current fiancée Jennifer Lopez, in order to buy an engagement ring, a new home and extravagant gifts, considering this a waste of his fortune that will become one day. The fortune of their three children.

On the other hand, a source close to Jennifer Garner told GOSSIP COP that it was not true that there were differences between Garner and Ben Affleck, and that it was just rumours.

International star Jennifer Lopez announced, two weeks ago, her engagement to the famous Hollywood actor Ben Affleck, which was delayed by 18 years.

Ben Affleck, 49, and Jennifer Lopez were previously engaged for 18 years, i.e. in 2004, and the return of their relationship again was a surprise to fans, as he returned to meet again in May 2021, after Jennifer announced in April 2021, the end of her relationship with Alex Rodriguez, a player A former New York Yankee baseball team member, after they dated for 4 years and were engaged for 2 years.

Lopez, 52, shared a video of her crying and looking at her engagement ring, on her official website.

Wiping tears of joy, Jennifer stared at the sparkle of her emerald and diamond ring, as she wore a casual outfit consisting of a green blouse, knitted jacket and simple makeup.

Jennifer Lopez spoke about her romance with Ben Affleck last February in an interview with Variety, and stated that she was lucky, happy and proud to be with him, and said, "It's a beautiful love story that we got a second chance."

She explained that their relationship this time has a little fear that surrounded them the first time, noting that they are very happy, and they do not want to repeat the mistakes of the past.

Ben and Jennifer were scheduled to marry in September 2003, but they postponed their marriage and eventually separated in early 2004. Ben Affleck has three children with his ex-wife Jennifer Garner, they are Violet (16 years), Seraphina (13 years), and Samuel (10 years). Jennifer has two children with her ex-husband, Marc Anthony.