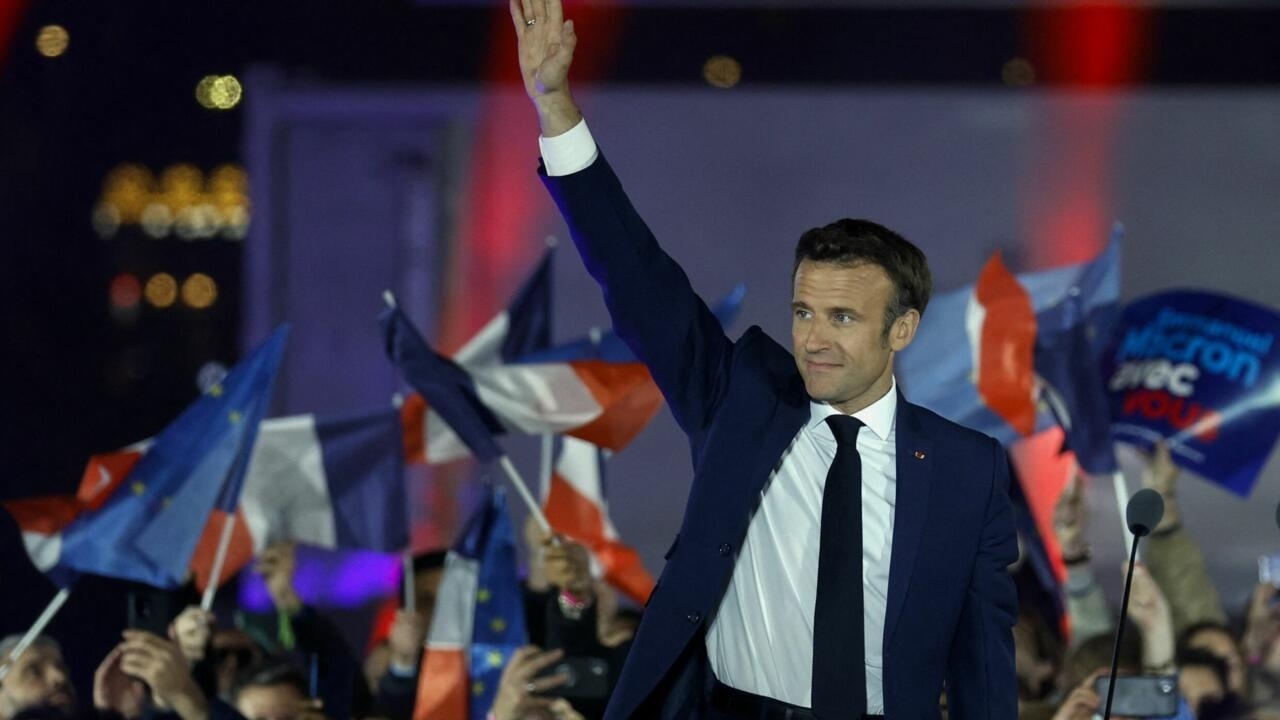 Re-election of Emmanuel Macron: "His image will appear on the international scene more nuanced, more moderate"

French President Emmanuel Macron waves on stage after being re-elected as president, following the results in the second round of the 2022 French presidential election, during his victory rally at the Champs de Mars in Paris, France, April 24, 2022. REUTERS - GONZALO FUENTES

Emmanuel Macron was re-elected President of the Republic on Sunday.

Abroad, it is a relief: the African Union congratulated Emmanuel Macron on his “

I look forward to continuing our close cooperation - including in support of Ukraine, defending democracy and addressing climate change

The analysis of foreign and European policy that the newly re-elected president can carry out with Bertrand Badie, professor emeritus at Sciences Po and specialist in international relations.

France: Emmanuel Macron, re-elected, prepares the program for the next few days

In Africa, the re-election of Emmanuel Macron raises expectations

French presidential election: after his re-election, Emmanuel Macron faces a legislative "third round"