Will the HPV vaccine be given only one dose in the future? what experts say

China News Service, April 19 (Reporter Zhang Ni) Recently, the World Health Organization announced that a single-dose HPV vaccination program can effectively prevent cervical cancer caused by persistent HPV infection, and it is compatible with a two- or three-dose regimen. The effect is comparable. As soon as the news came out, it attracted a lot of attention. So, does this mean that only 1 dose 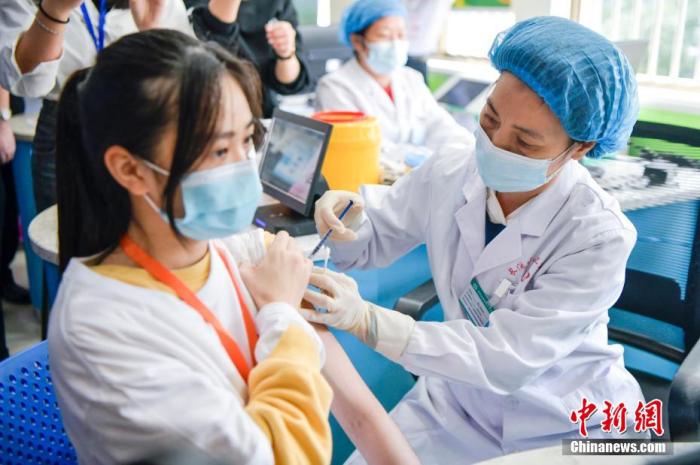 China News Service, April 19 (Reporter Zhang Ni) Recently, the World Health Organization announced that a single-dose HPV vaccination program can effectively prevent cervical cancer caused by persistent HPV infection, and it is compatible with a two- or three-dose regimen. The effect is comparable.

As soon as the news came out, it attracted a lot of attention.

So, does this mean that only 1 dose of HPV vaccine will be enough in the future?

In an online popular science activity held a few days ago, experts gave an explanation.

On the 15th, on the first day of the 28th National Cancer Prevention Publicity Week and China Cancer Early Screening Day, the People's Daily Health Client, the Colorectal Cancer Professional Committee of the China Anti-Cancer Association, the Science Popularization Professional Committee of the China Anti-Cancer Association, and Nuohui Health jointly organized the event. The popular science live broadcast of "The Truth about Cancer Prevention" was held online.

During the live broadcast, Qiao Youlin, a professor at the School of Medicine and Public Health of Peking Union Medical College and a member of the WHO Global Cervical Cancer Elimination Expert Group, made a popular science on the topic of HPV preventive vaccination and cervical cancer prevention.

As early as November 2020, WHO released the "Global Strategy to Accelerate Cervical Cancer Elimination", one of the goals is that by 2030, 90% of girls have completed HPV vaccination before the age of 15.

But WHO data shows that by 2020, global coverage of the three-dose HPV vaccine is only 13%.

Behind this, insufficient supply and high vaccination costs are all constraints.

In terms of screening and prevention, WHO has also set a goal that by 2030, 70% of women will be screened by high-efficiency testing methods before the age of 35-45; 90% of women diagnosed with cervical disease will be treated.

He also said that people of the right age group with HPV vaccine can basically achieve life-long immunity after being vaccinated, and patients diagnosed with cervical cancer are now treated with more and more methods, and the cost is also covered by the new rural cooperative medical system and medical insurance. support.

In addition, experts also emphasized that among the "90-70-90" goals proposed by WHO, the most difficult one is the "70" goal, that is, 70% of adult women should be regularly screened for cervical cancer.

He emphasized that the two cancer screening projects of cervical cancer and breast cancer for rural women launched in China in recent years have given priority to helping those most in need and saved countless lives.

At the event, experts such as Zhan Qimin, academician of the Chinese Academy of Engineering and deputy director of the Peking University Council, Wang Xishan, chairman of the Colorectal Cancer Professional Committee of the Chinese Medical Doctor Association, and other experts also discussed "scientific cancer prevention, advancing the threshold" and "early screening for colorectal cancer" in the live broadcast. ” and other topics of cancer prevention and treatment were popularized.

Zhu Yeqing, director of China Cancer Foundation and CEO of Nuohui Health, focused on the topic of early cancer screening in the live broadcast.

He emphasized that early cancer screening is when cancer is still in the "dinosaur egg stage". Through screening, patients who appear to be healthy and asymptomatic on the surface can find cancer or precancerous lesions and prevent cancer from developing to the next stage.

He said that for screening, the first thing to do is to ensure that people who are considered to be no problem by the screening are as good as possible, that is, the negative test cannot be missed.

During the event, experts not only conducted online science popularization, but also interacted with netizens on a series of cancer early screening and prevention topics of public concern.

On April 15, 2021, the People's Daily Health Client, Health Times, and the Colorectal Cancer Professional Committee of the China Anti-Cancer Association jointly launched the first "China Cancer Early Screening Day", calling on all parties to work together to promote the full implementation of early cancer screening.