The United Kingdom wants to put some asylum seekers on the plane, with a one-way ticket to Rwanda, a small African country in the Great Lakes region. Despite the debates aroused, London and Kig… 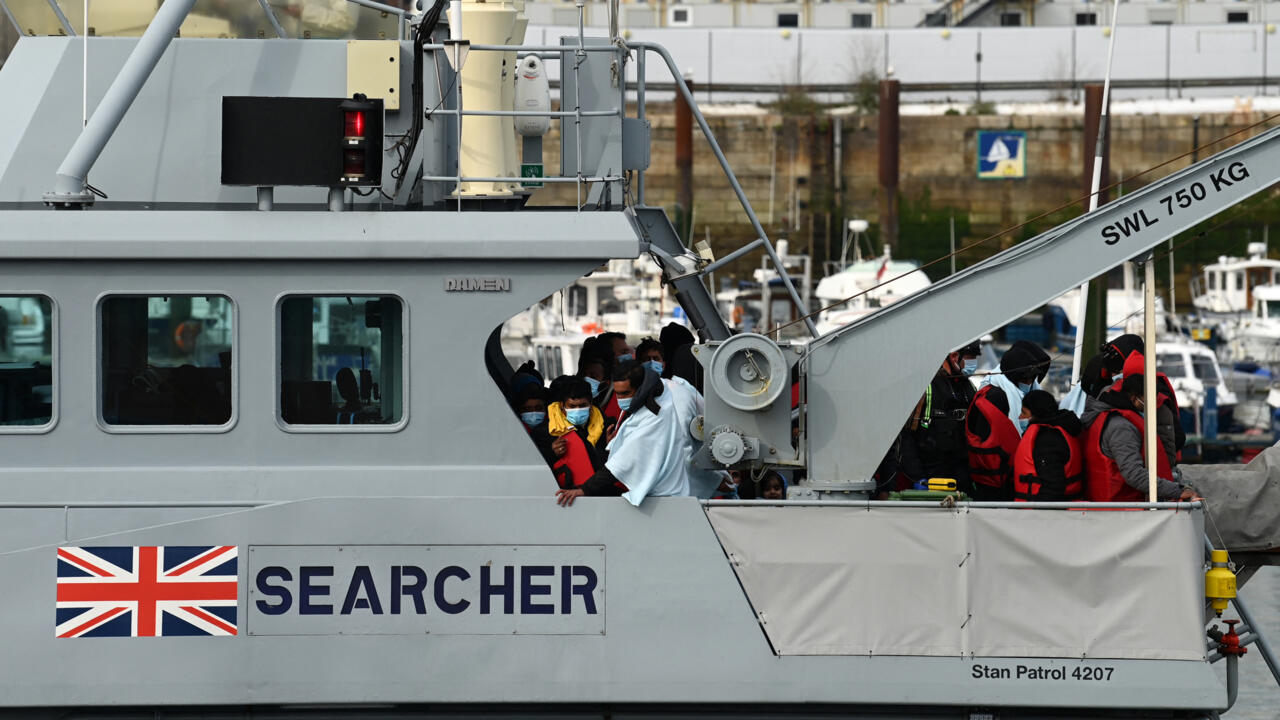 UK and Rwanda defend their plan on asylum seekers

Migrants gather, brought to port by the UK Border Force after being picked up crossing the English Channel from France on April 14, 2022, in the marina of Dover, on the southeast coast of England.

Britain will send migrants and asylum seekers crossing the English Channel thousands of miles into Rwanda in a controversial deal announced on Thursday as the government attempts to crack down on record numbers of people making the perilous journey .

The United Kingdom wants to put some asylum seekers on the plane, with a one-way ticket to Rwanda, a small African country in the Great Lakes region.

Despite the debates aroused, London and Kigali persist and sign.

Since the beginning of the year, more than 4,500 people have arrived by sea, a figure that has been constantly increasing for 2 years.

By conflating economic migration and refugees, London has drawn the wrath of human rights organizations, but intends to go after its project.

The challenge of welcoming Ukrainian children in European schools

The Poles welcomed more than 2.5 million Ukrainians fleeing the Russian invasion, and among these refugees, many children of school age.

If some families decide not to enroll their children in Polish schools, in the hope that the war will end soon, or if children continue to follow courses put online by their school in Ukraine, nearly 180,000 children Ukrainians have already joined Polish schools since the beginning of the war.

Ukrainians are settling where they can in Europe.

So far, nearly 800 children have been educated in the country's schools.

But they don't all speak English so to help them integrate and respond to this influx of students, the Irish government has called on Ukrainian teachers to come and reinforce these classes.

But the process takes time to set up

Disappearance and murder of an Eastern Christian couple in Turkey

This April 19 opens, in Istanbul, the trial of a murder and a disappearance, that of a couple of Christians from the East.

At the beginning of January 2020, Hurmüz and Şimuni Diril, an elderly village couple, were kidnapped in

, in the south-east of the country.

The search turned up nothing until, two months later, Şimuni's body was discovered in a river.

The father was never found.

The authorities abandoned the search, not their children.

met one of the couple's sons, in search of the truth.

In a forum, London and Kigali defend their agreement on immigration

[Your reactions] Valentine Rugwabiza boss of Minusca: Rwanda on all fronts?

[Your reactions] Asylum seekers: controversial agreement between London and Kigali