Donors contributed an amount of four million dirhams to support the “Yak Aoun” initiative, bringing the total donations until yesterday to 13 million and 500 thousand dirhams, enough to pay the debts of 82 citizens of those who were prosecuted and included in the initiative. Emirates to 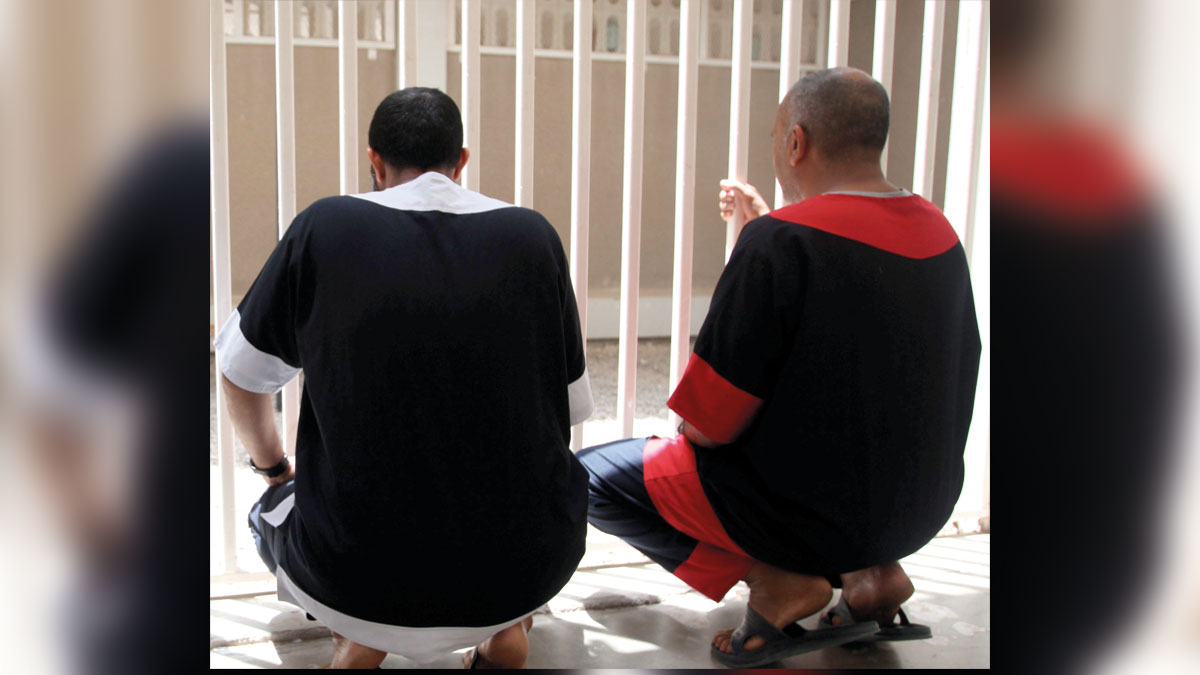 3 of those included in the initiative are still waiting for donations from philanthropists.

Donors contributed four million dirhams to support the “Yak Al Aoun” initiative, bringing the total donations until yesterday to 13 million and 500 thousand dirhams, enough to pay the debts of 82 citizens of those prosecuted and included in the initiative.

It is noteworthy that the "Yak Al Aoun" initiative has been adopted by Emirates Today, Dubai Courts, and the Department of Islamic Affairs and Charitable Activities in Dubai, for the second year in a row, with the aim of releasing prisoners from financially troubled citizens who are being prosecuted.

This year, the initiative targets 85 citizens who are prosecuted, who have financial issues, and seeks to pay their debts amounting to 14 million dirhams, to reunite them with their families before the blessed Eid Al-Fitr. The Committee of "Courts of Goodness" in Dubai Courts.

The Chairman of the Committee of Benevolence Courts in Dubai Courts, Judge Khaled Mubarak Kansham, expressed his happiness with the results achieved by the “Yak Aid” initiative so far, stressing that happiness is in giving, as it is considered the pulse of life in society, as giving has become sustainable in the UAE, a country of goodness and giving. and humanity.

He pointed out that the "Yak Al Aoun" initiative works to consolidate charitable work, and made the spirit of giving permeate the entity of state institutions, touching people's needs, releasing their concerns, spreading happiness, and contributing to their reunification with their families before the blessed Eid Al-Fitr.

The Director of the Department of Zakat and Charity Affairs in the Department of Islamic Affairs and Charitable Activities in Dubai, Dr. Ahmed Mohammed Al Habtoor, said that under the directives of His Highness Sheikh Mohammed bin Rashid Al Maktoum, Vice President and Prime Minister of the UAE and Ruler of Dubai, the "Yak Aid" initiative seeks to create Positive impact on society by empowering the human being, and finding the necessary formulas to activate the positive role of each member of society, by relieving his distress and improving his living conditions.

He stressed that humanitarian charitable work shows bright faces, saying that the Islamic religion did not stop at the limits of worshiping God in a special sense, but rather it is a global religion that takes care of all humanity, but rather everything in the universe from the environment, animals, inanimate objects, plants and birds, as well as the human being describing humanity that gathers All sons of Adam, it is imperative that they help each other, support each other, give the rich to the poor, and not live for himself, but live for himself, his family, his country, his nation, and the whole world.

He continued, "This is what we are witnessing now in the Yak Al-Aoun initiative, with the cohesion of individuals and institutions, because the social responsibility of individuals and institutions has an influential role in strengthening the spirit of belonging to the homeland, and achieving justice and harmony among members of society. The legal texts are full of social and humanitarian values, which meet the requirements and requirements age".

The editor-in-chief of "Emirates Today", colleague Sami Al-Riyami, thanked the donors for their generous contribution to the "Yak Al Aoun" initiative in the amount of four million dirhams, noting that its donation translates the association's policy in supporting humanitarian cases and community initiatives, especially those initiatives that concern citizens, and this Donation is not strange to the association, which always and forever translates the policy of leadership in humanitarian charitable work.

He pointed out that the total donations amounted to 13 million and 500 thousand dirhams until yesterday, enough to pay the debts of 82 citizens who were prosecuted in the statements of the "Yak Aid" campaign.

Al-Riyami called on government and private institutions and individuals to provide the necessary support for the remaining three citizens of the initiative, within this national community initiative.

Emirates Today, Dubai Courts, and the Department of Islamic Affairs and Charitable Activities in Dubai launched a humanitarian initiative called “Yak Al Aoun” at the beginning of Ramadan, within the framework of the Memorandum of Understanding, which aims to release financially troubled prisoners from citizens in the Emirate of Dubai who are being prosecuted. And it coincides with the joy of Ramadan and the blessed Eid Al-Fitr, and this is a pioneering national community initiative within the newspaper's initiatives in the month of Ramadan.

• 500,000 dirhams will end the suffering of the last three citizens included in the initiative.

To view the full disclosure of the “Yak Al Aoun” initiative to release financially distressed citizens in Dubai,