San Francisco police faced an unprecedented problem, when one of its officers stopped a self-driving car that was traveling at night with the lights turned off and without anyone inside. 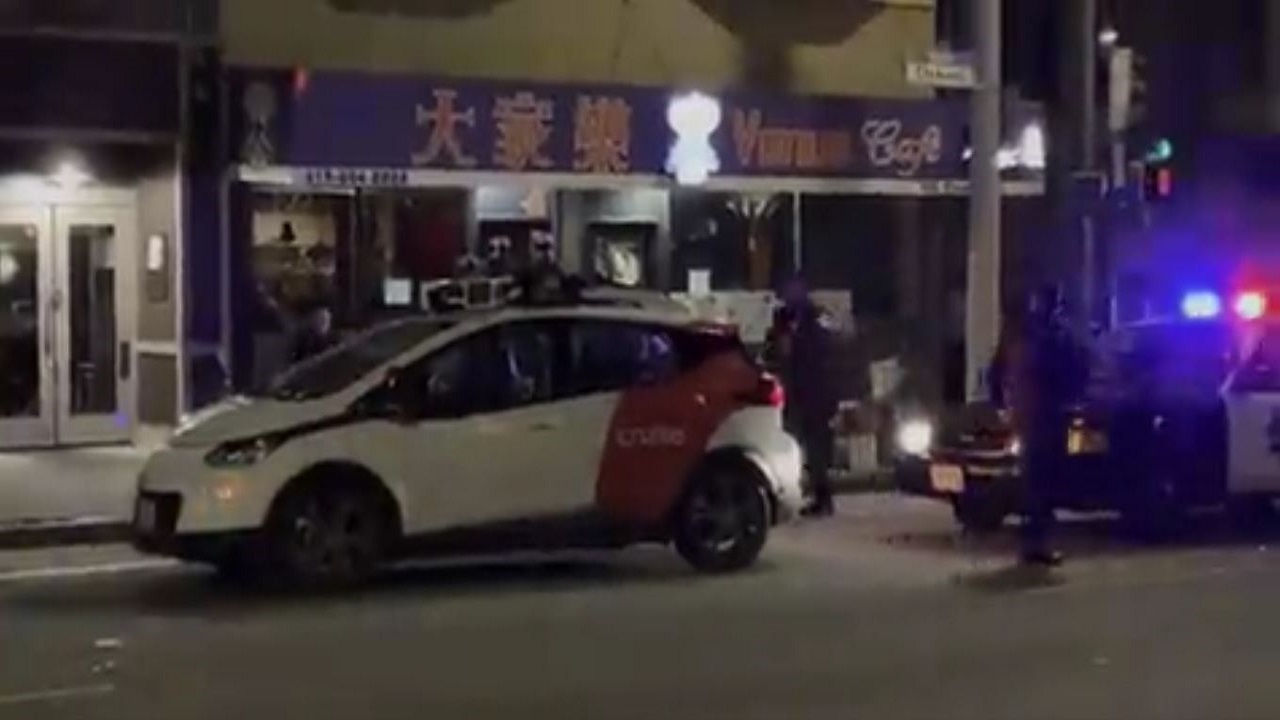 San Francisco police faced an unprecedented problem when a police officer stopped a self-driving car that was traveling at night with the lights off and no one inside.

A video recording of the accident, taken by a passer-by, spread through social networks, prompting the cruise company, which owns the vehicle, to comment on Twitter to clarify what happened.

A Cruise spokeswoman said in a comment on the video published by a journalist: "Our self-driving vehicle gave way to a police car, and then stopped at the nearest safe point after the signal, as expected, and a policeman called Cruise without writing any seizure report."

The video clip shows a policeman walking to the window of the car at the driver's seat, laughing from passersby, one of whom said: "No one is inside! This is crazy."

Then the self-driving car starts automatically to move to the other side after the green signal.

"They contacted the operators of the autonomous vehicle and the maintenance team took control of the vehicle," a police spokesman told AFP.

Cruz confirmed the incident, explaining that the lights were turned off due to human error.

Since its founding in 2013, Cruise has developed software that enables fully autonomous vehicles.

The American company "General Motors" owns the majority of "Cruz" shares, estimated at more than 30 billion dollars, thanks to investments from "Microsoft", "Honda" and "Walmart" in particular.

The company has passed a milestone by allowing individuals, since early February, to book free rides on the streets of San Francisco in its self-driving vehicles.

These cameras equipped vehicles transport passengers from the public to the place they want, with a driver in the vehicle who does not touch the steering wheel or the pedals.

Welcome to the future.

Cop pulls over driverless car (because no lights?) Then Cruise goes on the lamb.