The cooperation between birds and bees: the best kept secret to obtain a good coffee

One of the secrets to great coffee is for bees and birds to cooperate to protect your beans and pollinate your flowers. A new study has used an innovative method... 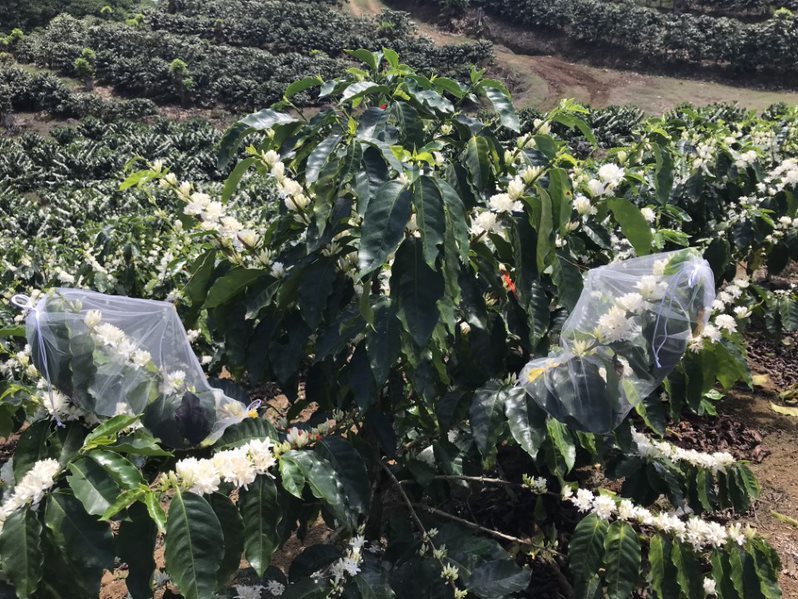 One of the secrets to great coffee is for bees and birds to cooperate to protect your beans and pollinate your flowers.

A new study has used an innovative method to check what happens when one of these two aids that nature itself provides fails in the crops.

His conclusions are important in a double sense, since they teach

a lesson about this important crop, and another about the complex mechanisms that operate in an ecosystem

, where the whole is always more than the sum of its parts.

The coffee beans are larger and more abundant, and the benefit for their growers greater, when pest control by birds and the pollination work of bees go hand in hand.

, as shown by the new study, which has carried out experiments on real crops in 35 farms in Costa Rica, whose coffee is considered one of the best in the world.

The research has been published this Monday in

the Proceedings of the National Academy of Sciences

Globally, coffee exports exceed 24 billion dollars a year, making its beans "one of the most important crops in tropical regions."

In addition, according to the study, it contributes to "the conservation of biodiversity and cultural links", as well as helping to maintain the rural environment, since

small farmers are responsible for 70% of the world's crops

Between 2002 and 2012, its global consumption doubled, culminating a trend that had been increasing for half a century.

Without the help of bees and birds, farmers would see

a 25% reduction in their crops

, generating losses equivalent to just over $1,000 per hectare, scientists have estimated.

For the experiment, birds and bees were excluded from the analyzed farms, by means of a system of nets and bags that prevented their access to the coffee plants, and they measured what happened in four possible scenarios: only with birds;

no birds or bees;

and a natural environment.

In the latter scenario, with the ecosystem operating unhindered, the birds performed the function of pest control while at the same time the bees pollinated the flowers and also ate some insects, including the coffee weevil or borer (

), a of the most harmful species for this class of crops.

In addition, the relationship between the service provided by birds and bees is "synergistic", so that "their combined effects on

are greater than their individual effects.

"Coffee is one of the most valuable and important global crops for rural communities in developing countries. In addition,

to produce all that it can," they comment. to EL MUNDO by mail two of the authors of the research: Alejandra Martínez-Salinas, researcher at the Tropical Agronomic Center for Research and Teaching (Catie) of Costa Rica, and Taylor H. Ricketts, professor of Environment and director of the Gund Institute of the University of Vermont.

"Bees pollinate it, birds control pests such as the coffee berry borer...

Nature and ecosystems are very important for this crop

, essential for the world economically, culturally, historically...", continue the researchers, who also underline the importance of their work beyond coffee: "We have discovered that the benefits we receive from nature (environmental services) do not work independently. In fact, they interact in such a way that they increase the total benefits. That is, they interact creating synergies where 2+2 is not 4, but 2+2 is more than 4", they explain.

Experiment with bags so that bees do not pollinate some plants. Courtesy of UVM/CATIE

"Our experiment is unique in its scale and design. In it

. This is very important because, until now, scientists have typically investigated these services individual, without assessing whether these services interact positively or negatively. Our study demonstrates the true value of these species in sustaining our farms, communities, and espressos," the authors state.

In fact, one of the consequences is that many of the current estimates of the economic value of environmental services are underestimated, as they have not taken this synergistic effect into account.

What we have shown is applicable to many crops

Many important crops require bees or other species (eg, bats, birds, other insects) to pollinate.

And many also suffer millionaire damage as a result of the attack of different insect pests.

For example: cocoa, apples, pumpkins, mangoes, tomatoes, strawberries...". The scientists encourage, therefore, to extend their approach to other types of agricultural production: "Interactions between environmental services may be very common, but, we just don't know," he summarizes. "With the approach of evaluating multiple services and their interactions, we can improve our knowledge so that the management we do of farms and landscapes contributes to the conservation of the different species that provide us with these multiple services," they conclude.