China News Service, Yangzhou, April 10th: Exploring the protection and utilization passwords of the ancient city of Yangzhou: keep the memory and update organically   China News Service reporter Cui Jiaming   This year marks the 40th anniversary of the establishment of the national historical and cultural city protection system and the 40th anniversary of Yangzhou being included in the first b 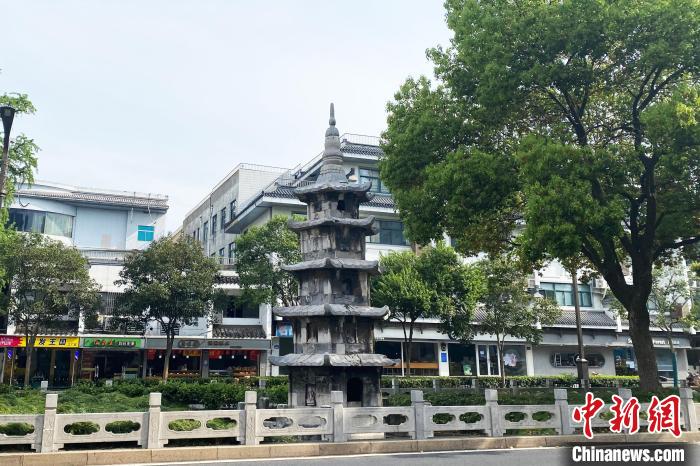 Luyang City is full of spring, and it is fireworks in March. A reporter from Chinanews.com walked into Yangzhou to explore the password for the protection and utilization of this thousand-year-old ancient city.

In the wave of urbanization sweeping across China, Yangzhou is one of the few cities that have maintained their distinctive cultural characteristics and charm.

Talking about experience, Yangzhou city literature and history expert Wang Huhua told Chinanews.com that history and culture have made Yangzhou unique, and the "magic weapon" of Yangzhou's success is the protection of the ancient city.

The entire ancient city site area is about 13 square kilometers, and the spatial structure of the city in the past dynasties is preserved, including the city walls, roads, water systems, and architectural sites of the past dynasties.

The ancient city carries the history and culture of a city and is engraved with the historical imprint of a city.

The 5.09-square-kilometer Ming and Qing Historic City is full of rich and profound cultural charm, and it is the most cultural gathering place that can show the charm of Yangzhou.

When introducing the situation of the ancient city, the person in charge of the relevant local department said that the historical urban area of ​​Ming and Qing Dynasties includes four historical and cultural blocks, Dongguan Street, Renfengli, Wanzi Street, Nanhexia, and 7 groups of traditional buildings.

"Yangzhou promotes the protection and revival of the ancient city in accordance with the idea of ​​'protecting its appearance, beautifying its face, enhancing its charm, and casting its soul', and has taken a development path with local characteristics." As a famous historical and cultural city protection in Yangzhou for more than 30 years And a worker in academic research, Gao Yongqing told a reporter from Chinanews.com that Yangzhou has been committed to the renewal and improvement of the human settlement environment of the ancient city for many years, and has won the China Best Human Settlement Environment Award and the United Nations Habitat Award.

In 2021, the protection and renewal of Dongguan Street and Renfengli Historic District was rated as a national excellent case by the Science and Technology Commission of the Ministry of Housing and Urban-Rural Development, and Renfengli also won the first prize of heritage protection from the Architectural Society of China.

"According to the organic renewal model of 'small-scale, embroidery needles, localization, and gradualism', implement multiple participation mechanisms such as government leadership, social support, residents' integration, and professional support, and explore new paths for ancient city protection." Executive Director of the Publicity Department of the Yangzhou Municipal Party Committee Li Guangchun, deputy minister and second-level inspector, told Chinanews.com that nowadays, Dongguan Street historical and cultural district has everything to eat, lodging, travel, shopping and entertainment, and has become a cultural tourist attraction in Yangzhou; Nanhexia historical and cultural district, relying on Yanshang culture and the ruins of the guild hall, has become a cultural and tourist attraction in Yangzhou. Another display window of Yangzhou food culture; Renfengli historical and cultural block has played the role of historical and cultural celebrities, highlighted the culture of the market, and has become a creative space for Yangzhou culture.

The exploration of the protection and utilization of Renfengli District is based on the renovation and renewal model of “collecting, storing and renting” in the district, starting with dilapidated houses, old houses and vacant houses, replacing and leasing them, and then carefully repairing them with government funding or market investment.

Renfengli is more than 700 meters long and arranged in the shape of fish bones.

The ancient city is the "mother body" of Yangzhou, the source of culture and the home of the spirit of the citizens. It strives to preserve, continue and demonstrate the historical space, street texture, architectural style, cultural relics and traditions of the ancient city that are "quaint, authentic, and civic." The brand name is to create an old town and old street with memories of growth and nostalgia for the native Yangzhou people and foreigners who travel and travel, so that they can feel "the street is still the same street, the store is still the same store, and the taste is still the same".