"It is premature to consider a fourth dose of vaccines against Covid-19 in the general population." After evaluating the available evidence, the European Agency for... 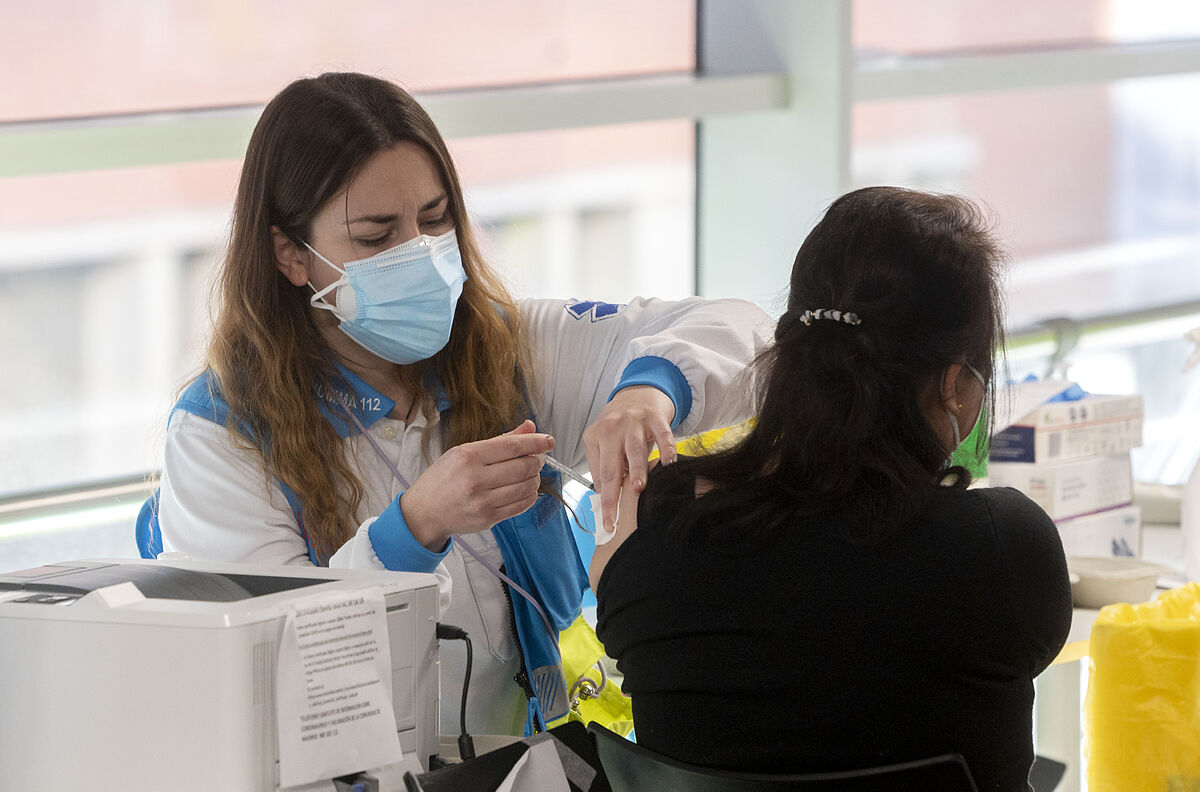 "It is premature to consider a fourth dose of vaccines against Covid-19 in the general population."

After evaluating the available evidence, the European Medicines Agency (EMA) and the European Centers for Disease Control are clear that, at the moment, it is not necessary to massively add new doses to the indicated regimen.

The only case in which the health authorities consider it appropriate to extend the recommendation of a fourth dose (already indicated in immunocompromised people) is in "adults over 80 years of age".

indicate this, the agencies say in a statement.

"Although data on decreased protection in the very elderly after the first booster [third dose] remains limited, due to the frailty of this population, their lower immune response to vaccination, and their higher risk of serious Covid, a second reinforcement could be administered in your case", they clarify.

This administration should be carried out, in any case, after at least four months after the third dose, since there are no data on its safety and efficacy in a shorter interval.

, president of the Spanish Society of Immunology (SEI), the position of ECDC and EMA is appropriate.

"We understand that a second booster may be appropriate in people over 80 years of age, but we don't think it will be useful in the general population, nor in people between the ages of 60 and 80," he says.

"There is no evidence that a fourth dose provides a substantial increase in protection for adults with a normal immune system between 60 and 79 years of age," says the text released by the EMA and the ECDC.

"If the epidemiological situation changes and new signals emerge, it may be necessary to consider a fourth dose in this age group," he continues.

"Meanwhile, the national authorities will be in charge of considering the need to indicate new doses."

In any case, it should be considered for this reinforcement that

new versions of the vaccines

will be available in the coming months , specifically designed against variants such as omicron.

In Europe, to date, nine countries recommend the administration of the fourth dose in different types of vulnerable population, such as people living in nursing homes.

Currently, in Spain, the second booster dose is indicated only for people included in Group 7 of the Vaccination Strategy, which includes people at very high risk, such as some cancer patients, transplant recipients, on dialysis or hemodialysis, older than 40 years with Down syndrome or taking immunosuppressive drugs.

Except in this specific group of individuals and in very old people, what the current evidence indicates is that a fourth dose is not necessary, indicates the president of the Spanish Society of Immunology.

"The protection provided by three doses against severe disease is sufficient and we are seeing that the drop in antibodies after the administration of a second booster dose is rapid," he adds.

Just this week, an Israeli study published in the New England Journal of Medicine showed that the additional protection provided by a fourth messenger RNA vaccine is short-lived.

For the time being, in the general population, vaccination with a complete schedule of two doses plus a booster "remains the best way to prevent severe disease during this pandemic", underline the EMA and ECDC, emphasizing that currently, in Europe, "the 83% of adults have received the two-dose regimen while only 64%" have the three indicated doses.

In Spain, 92.5% of the population over 12 years of age have two doses of anti-Covid vaccines

As for the third dose, the percentage of vaccinated varies greatly depending on age.

According to the latest Health data, 92.38% of those over 70 years of age have this booster dose;

It must be taken into account that having passed the infection before or after vaccination works, in practice, as a third dose and provides a

"Recent studies show that the protective effect against reinfection and severe infection is not only stronger, but more durable," he stresses.

A study published this Thursday in

journal and presented at the European Congress of Clinical Microbiology and Infectious Diseases taking place in Lisbon (Portugal) shows that the duration of omicron symptoms was shorter than those associated with delta, mainly in individuals vaccinated with three doses (4.4 days vs. 7.7 for delta).