'Same Bed, Different Dreams 2' Seo Ha-yan "The moment Lim Chang-jung's three sons called me 'Mom'...it felt like I was recognized, it was overwhelming" 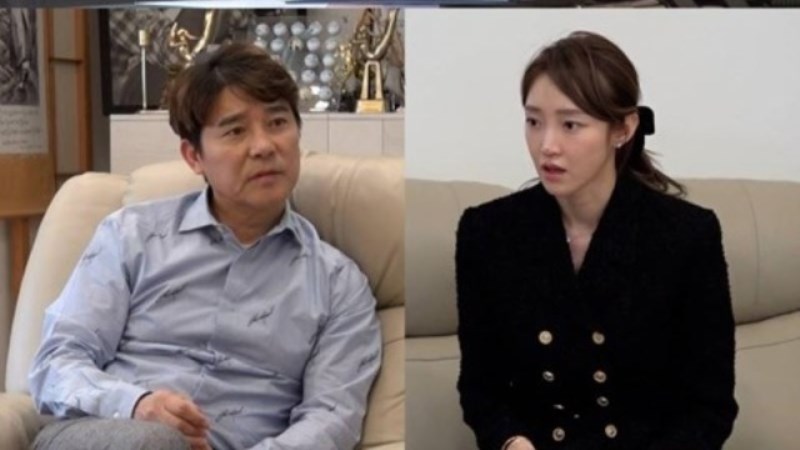 In 'Same Bed, Different Dreams 2', Seo Ha-Yan reveals why she decided to marry Im Chang-Jung, who had three children.

In SBS 'Same Bed, Different Dreams 2-You Are My Destiny' (hereinafter referred to as 'Dongsang Imongs 2'), which will be broadcast on the 4th, Im Chang-jung ♥ Seo Ha-yan couple go to work together.

In the previous filming, the two people who went to work together at Lim Chang-jung's company attracted attention by showing polar opposite work styles.

Unlike Seo Hae-jin, who is immersed in her work and busy with no rest, Lim Chang-jung, who turned into an 'artist' at the same time as she goes to work, was busy enjoying her company's amenities.

Even Lim Chang-jung made absurd proposals during her staff meeting, which made the atmosphere chilly, and in the end, Seo White's patience exploded.

It is said that even her staff just stared at her unfamiliar face, standing white like a piece of thin ice.

The end of these people who are faced with an immediate crisis can be confirmed through the broadcast.

Meanwhile, Seo Baek revealed her divorce experience and her decisive reason for deciding to marry Im Chang-jung, who had three children.

In addition to her belief in Lim Chang-jung, Seo Baek confessed another story that made her courageous.

Attention is drawn to the story of Seo White, which she has confided with difficulty.

Meanwhile, White recalled her first moments of being called 'mom' from 'aunt' to her three sons.

Lim Chang-jung had three sons with her ex-wife.

About the time when Lim Chang-jung's three sons first called her 'mom', Seo Ha-yan said, "I felt like I was recognized, so I was overwhelmed and I felt a sense of responsibility."

The MCs who watched this immersed themselves deeply, saying, "She was amazing even when she was young."

In addition, Im Chang-jung♥Seo Ha-yan drew attention as they recalled the time of their meeting when they were only filled with silence and sighs.

Lim Chang-jung shared her funny (?) anecdote, saying, "Her wife seemed to be cursing her family with their eyes."

He then revealed a fatal strategy that was able to persuade his wife, who was shouting 'opposition to death'.

Lim Chang-jung raises her curiosity about how she was able to change her wife's heart.

From the first meeting to the meeting, the love story of Lim Chang-jung ♥ Seo Ha-yan couple, full of twists and turns, will be revealed at 'Same Bed, Dream 2', which will be broadcast at 11:10 pm on the 4th.