&nbsp;Electric cars account for about 1.3 per cent of the total 35 million vehicles traveling in the UK, according to a census conducted in 2020. According to the British Association of Motor Manufacturers and Dealers, battery-electric cars and hybrid (battery-operated) cars are 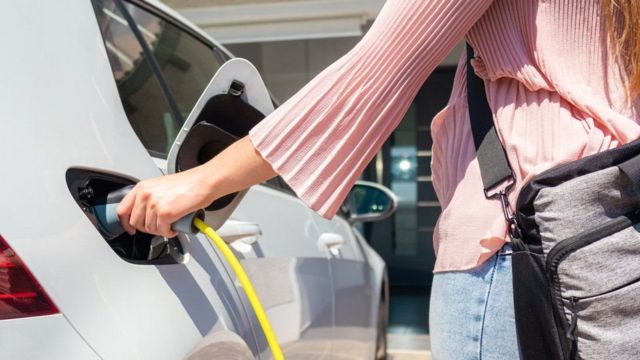 Electric cars account for about 1.3 percent of the total 35 million vehicles traveling across the UK, according to a census conducted in 2020.

According to the Association of Automobile Manufacturers and Dealers in Britain, battery electric cars and hybrid cars (which run on battery electric combined with fuel) account for about a third of new cars sold.

But some are still conservative in buying an electric car.

BBC Arabic presents here some of the hesitant questions:

What is the secret of the high prices of electric cars?

The price of an electric car usually increases compared to a petrol or diesel car.

This is due to the high cost of electric car batteries.

Electric vehicle prices may drop in the near future.

The Association of Automobile Manufacturers and Traders expects that the prices of electric cars and conventional (internal combustion engine) cars will equalize by the end of the decade.

Experts believe that when calculating this cost, the total expenditure on the car over the period of its use should be taken into account.

How far can an electric car travel after its battery is fully charged?

Depending on the type of vehicle, the distance a vehicle can travel to discharge a fully charged battery varies.

Battery manufacturers are developing technologies to increase the range of electric cars.

Electric cars run on lithium-ion batteries, and researchers are currently working on increasing the range of those batteries.

What would be a game-changer, however, would be for manufacturers to be able to market solid-state batteries that would be lighter and faster to charge than current lithium batteries.

Experts expect that electric cars in the future will be able to travel longer distances to discharge their batteries.

What if I can't charge at home?

Most countries and governments have started setting up street charging stations.

In addition, there may be chargers in the shops or there may be local charging stations, so that you can charge your car battery as needed, just as if you charge it with gasoline or diesel.”

Will we all own electric cars in the future?

"The future is going to be huge," says Paul Wilcox, chief executive of British carmaker Vauxhall.

Vauxhall expects that the future will see “a demand for the implementation of new ideas such as the vehicle subscription service, where the customer pays a monthly fee for using one or more cars.

Melanie Schaeffel Bothham of the British company ZappMap for charging points for electric cars predicts that the idea of ​​car-sharing clubs will flourish in the future, as self-driving cars become a reality.

“Imagine, if you order a car through the Uber app, there will be an app where you can summon a self-driving car to take you where you want to go,” Melanie says.

In the near future, I think the idea of ​​exchanging cars is a good solution.”