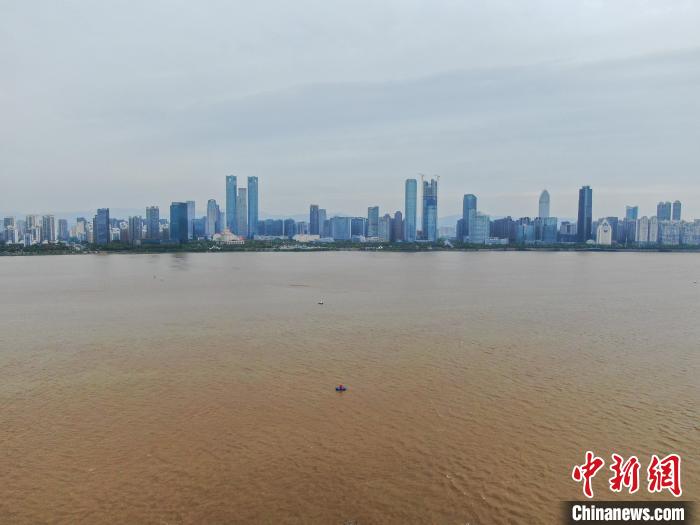 At present, the Jiangxi Provincial Flood Control and Drought Relief Headquarters Office (hereinafter referred to as "Jiangxi Provincial Prevention Office") has implemented flood control 24 hours a day, pays close attention to the weather situation, keeps abreast of the flood situation and flood control trends in various places, and ensures the smooth flow of information. At the same time, all departments are required to implement flood control. On duty system, do a good job of flood control on duty, strictly abide by the flood control duty discipline, effectively protect the safety of people's lives and property, and ensure the safety of the province during the flood season.

According to the forecast of the Department of Meteorology and Hydrology, this year's flood season in Jiangxi Province has uneven spatial and temporal distribution of precipitation, with concentrated rainfall periods and more severe convective weather than normal. Some rivers may experience large floods, some tributaries and small and medium-sized rivers may have large floods, and local short-term floods may occur. Heavy rainfall may lead to mountain torrents, geological disasters, urban and rural waterlogging and other disasters. It is also necessary to prevent extreme weather from occurring. Periodic droughts may occur in some areas in the later period. The situation of flood control and drought relief is not optimistic and the task is arduous.

According to reports, since the beginning of this year, the Jiangxi Provincial Defense Office has focused on weak links, adhered to problem orientation, focused on making up for shortcomings, strengths and weaknesses, laying a solid foundation, planning and deploying in advance, and strictly and meticulously grasping the pre-flood preparations.

At present, the province has investigated a total of 1,264 hidden problems and completed 743 rectifications. The rectification of the remaining problems is accelerating.

The infrastructure damaged by water last year, especially the restoration of 1,745 water conservancy projects, will be fully completed.

The picture shows that on April 1, the water in the Nanchang section of the Ganjiang River turned yellow, and the water level rose significantly.

In addition, the Jiangxi Provincial Flood Control and Drought Relief Headquarters issued the annual flood planning plan for key water projects, and focused on sorting out and counting 237 water-related projects under construction across the flood season. Industry authorities have urged construction units to speed up the progress and ensure the safety of the project itself. and river flood safety.

The province reserves straw bags, gravel, rubber boats, assault boats and other flood control materials worth more than 550 million yuan, and reserves more than 834,000 pieces (sets) of disaster relief materials such as tents and quilts.

At present, Jiangxi has initially implemented more than 20,000 emergency forces of various types in the province.

In the next step, the Jiangxi Provincial Defense Office will continue to highlight the key points of defense against geological disasters such as mountain torrents, floods in small and medium rivers, urban and rural waterlogging, small reservoirs (hydropower stations, mountain ponds) and water-related projects under construction, and strengthen the prevention and response to extreme weather disasters.

Give full play to the professional and resource advantages of each member unit, improve and improve a series of work operation mechanisms, and achieve an orderly connection. In the event of a sudden disaster or danger, prompt rescue and rescue in a timely manner to ensure that casualties are minimized and disaster losses are minimized to the greatest extent. and influence.