French press review In the spotlight: Biden lumberjacks Putin “the butcher” Audio 04:43 US President Joe Biden speaks during an event at the Royal Castle, amid Russia's invasion of Ukraine, in Warsaw, Poland, March 26, 2022. © Slawomir Kaminski /REUTERS By: Norbert Navarro 4 mins Advertising Joe Biden "  did he get carried away  ", wonders Le Journal du Dimanche . In Poland, yesterday, the A 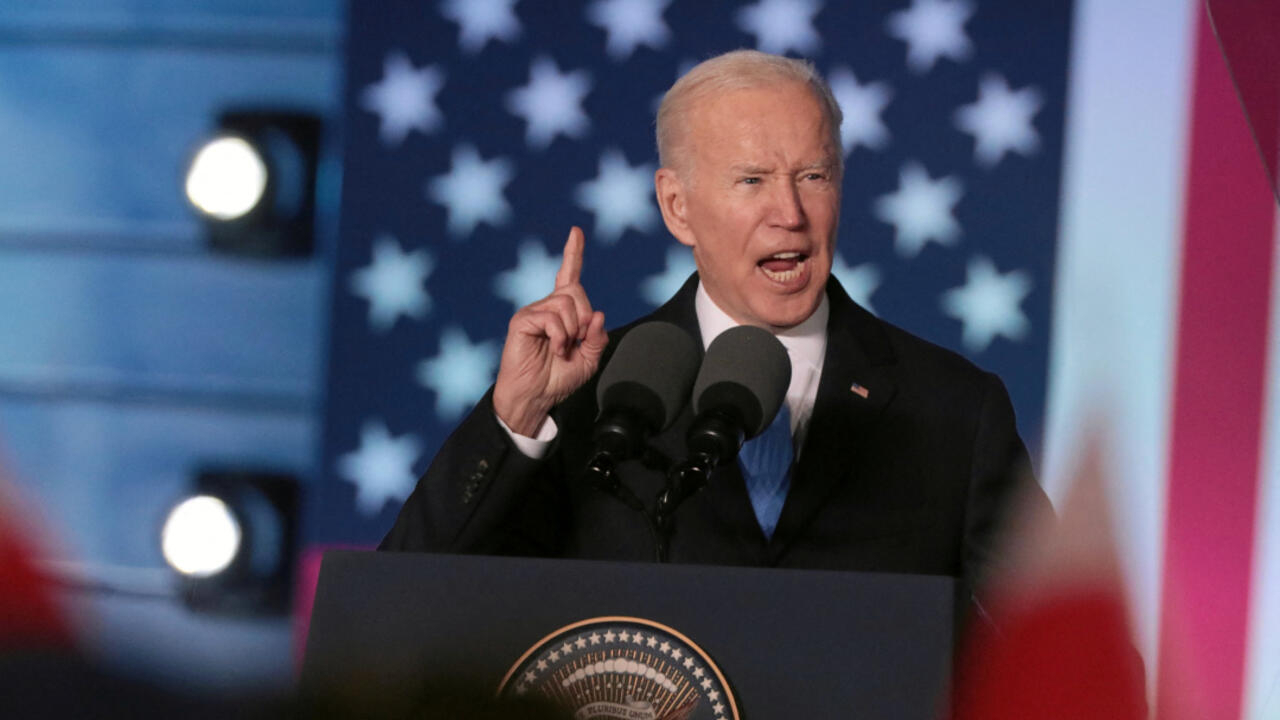 In the spotlight: Biden lumberjacks Putin “the butcher”

US President Joe Biden speaks during an event at the Royal Castle, amid Russia's invasion of Ukraine, in Warsaw, Poland, March 26, 2022. © Slawomir Kaminski /REUTERS

did he get carried away

One more shock formula from him against Vladimir Putin, whom he has already twice called a "

But reading the weekly press, one wonders whether the President of the United States is simply trying to regain the initiative.

With the midterm elections also in sight, and the expected breakthrough of the Republicans led by former President Donald Trump, eager for revenge in 2024.

Because at home, Joe Biden is "

He offers too much of the image of age to impose himself as the commander-in-chief the country needs.

His speeches, full of good intentions and good feelings, do not “

Which again points to the failure of the American president to “

maintain the unity of the Democratic Party, which is torn between moderates and the left, under the eyes of the media.

However, behind the election of (mid-term this year), there is that, otherwise important, of 2024. That the incumbent represents himself seems excluded given his age,

But the vice-president, Kamala Harris, does not convince anyone,

No credible candidate appears today on the Democratic side while opposite Trump is preparing to take his revenge (…) In any case, there is no doubt that the presidential election of 2024 will be a moment of extreme tension

, raising the specter of election violence to come in the United States.

The presidential election in France… Two weeks before the first round, the campaign seems to have been relegated to the background by the news of the war in Ukraine, raising fears of strong abstention.

When France is bored

, in reference to an editorial published on March 15, 1968 by the newspaper

… just before the outbreak of the politico-societal upheaval of “

Does this mean that the destiny of France is about to be shaken up again?

Far from implying it, this weekly, however, without drawing any further conclusions, underlines what could, indeed, appear as a historical parallel.

Never has an election seemed so boring,

A winner announced a long time ago and already well established at the Élysée Palace, competitors kept at a safe distance, a Covid cocktail + war in Ukraine which crushes all other subjects, a string of candidates radicalized but harmless on the results of the ballot boxes , and a gigantic blind spot when it comes to talking about vision

An a priori foreseeable consequence, feared by this magazine - and it is far from being the only one to fear it - abstention, which in France is evoked in a colorful formula, that of voters deserting the voting booths, preferring instead to go to angling.

Not fooled, the French are more and more numerous to want to pass their turn

During the legislative elections of 1967, only 1 voter out of 5 abstained.

What further increase the disconnection between citizens and their representatives.

Banco for the “Z” at the Trocadéro

This is precisely what Éric Zemmour intends to do this afternoon in Paris.

To try to climb to the second round of the presidential election (which the polls do not promise him), the candidate of Reconquest!

throws all its forces into a giga-meeting at the Trocadéro, the same where Nicolas Sarkozy, in 2012, then François Fillon, in 2017, had organized mass electoral rallies.

It is true that not many people, apart from Jean-Luc Mélenchon, can claim to gather as many fans in this sleepy campaign

” as Éric Zemmour, admits this newspaper.

But it could be his “

at the Trocadéro, this afternoon, Éric Zemmour “