China News Service, Shanghai, March 24 (Reporter Miao Lu) In the WeChat group of Shanghai Jiaotong University Antai EMBA Taiwan Alumni Association, it took only 5 hours to raise 1,400 bottles of vitamin C effervescent tablets and 1,000 packs of feminine products. At present, these loving materials from both sides of the Taiwan Strait have been delivered to Shanghai Jiaotong University, which is 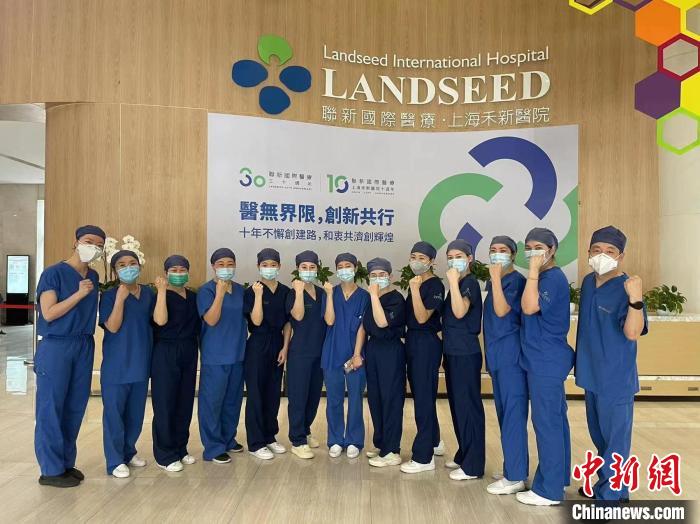 At present, these loving materials from both sides of the Taiwan Strait have been delivered to Shanghai Jiaotong University, which is closed and managed due to the epidemic.

She immediately forwarded these videos to the WeChat group of the Antai EMBA Taiwan Alumni Association of Shanghai Jiao Tong University, and became the advocate and executor of the group's donation.

"Responded to the initiative", "Supported the initiative of the senior sister, submitted it"... That afternoon, Cheng Baohui's mobile phone kept vibrating.

Although the Taiwan compatriots in the WeChat group are in different places, some are in Shanghai, some are in other cities in the mainland, and some have even returned to Taiwan, but they have a common belief, "'The two sides of the Strait are one family' and learn from each other. The younger brothers and sisters are their own family members, they must help when they encounter difficulties." Cheng Baohui said.

In this new crown pneumonia epidemic prevention and control battle, in addition to donating materials, many Taiwan compatriots also incarnated as "big whites", went deep into the front line of the epidemic, and joined the volunteer team guarding the "Shanghai" homeland.

Zhou Yanyou, a surgeon from Taiwan, is one of them. After receiving the training and assessment of infection control and nucleic acid detection techniques, she joined a team of 14 volunteers.

In order to save medical resources, Zhou Yanyou was almost never dripping water during his working hours. After a simple meal at noon, he rushed to another testing location non-stop.

With dull work clothes and high-load working hours, Zhou Yanyou felt that she was too small, because during this time, she saw that the volunteers in the community were the unsung heroes standing at the forefront of epidemic prevention.

"They not only have to take care of the needs of the medical team, but also help the residents who come to test to guide and scan the code. They contribute the most and are also the hardest," Zhou Yanyou said.

Jin Ting, a Taiwanese girl who grew up in the mainland, was also moved by the caring of the volunteers.

When it was first notified that nucleic acid testing was required in the entire community, Jinting was very anxious because her family's health cloud could not be authenticated. Finally, with the help of volunteers, she completed the screening by manual ordering. , when the volunteers saw Jinting's family lining up, they would always ask, "Is Health Cloud ready to use? No, we'll help you."

Although it was a simple inquiry, this warm current has been flowing in Jin Ting's heart.

Jinting hopes to pass on this feeling and make her own contribution to the second hometown of Shanghai with her modest efforts.

Therefore, during the following days of closure, Jinting immediately applied to the community committee to join the volunteer team.

Assisting community personnel in checking and registering, conducting order guidance, and participating in epidemic prevention publicity... These tasks are now readily available to Jin Ting. She believes that this epidemic will soon pass, and the spread of love and hope will definitely surpass the virus.

Every little power is twisted into a rope, and we keep the common homeland of "Shanghai" together. Will spring be far behind?