2022 World Play-offs: what to remember from the round to go to Africa?

Egypt takes revenge, Algeria wakes up, Mali collapses... Find the results of this first round of African qualifications for the 2022 World Cup. 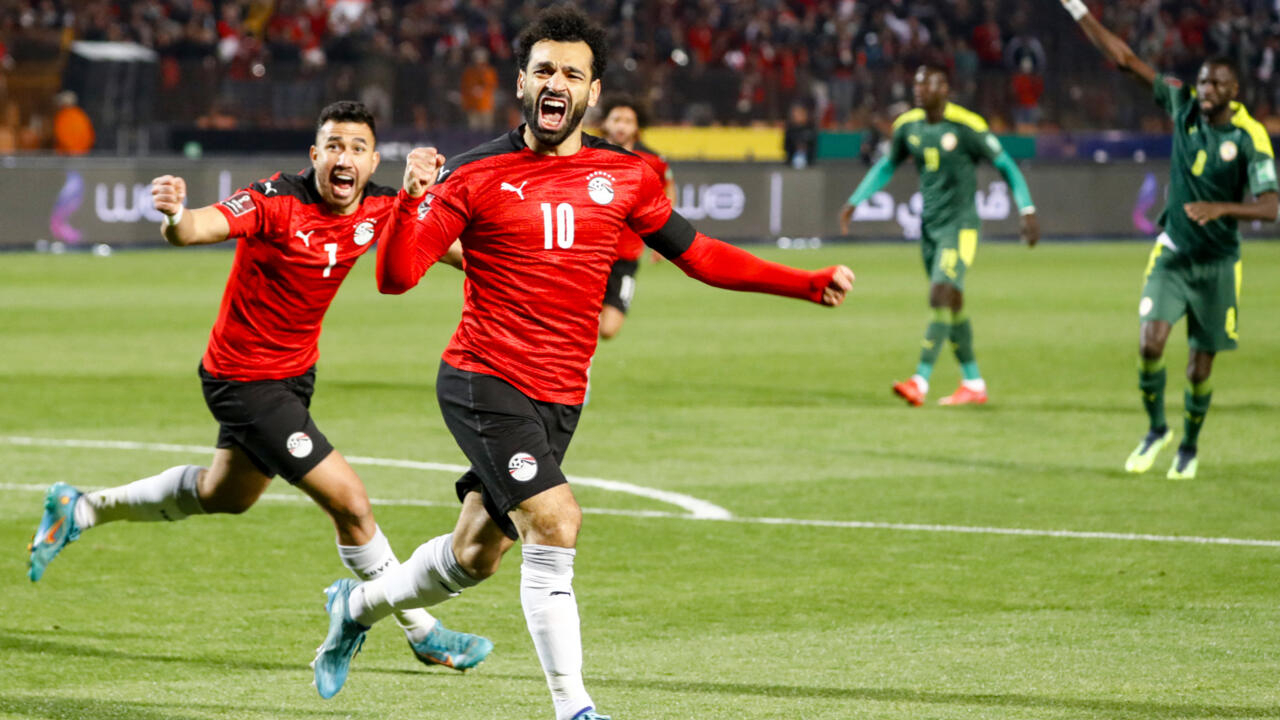 2022 World Play-offs: what to remember from the round to go to Africa?

Egypt takes revenge, Algeria wakes up, Mali collapses... Find the results of this first round of African qualifications for the 2022 World Cup.

Of the five play-off matches on March 25 (Egypt-Senegal, Cameroon-Algeria, DRC-Morocco, Mali-Tunisia, Ghana-Nigeria), four teams from the north of the continent won.

The ten selections must now prepare for the return match which will take place on March 29.

Mohamed Salah had announced the color as soon as the Pharaohs lost in the CAN 2022 final against the Lions: "

We will have our revenge on them

It's done, thanks to the star striker of the Egyptian selection.

After a strike from Salah, the ball crashes against the crossbar to bounce off Saliou Ciss.

The Senegalese defender could not prevent the goal against his camp and Egypt leads from the 4th minute.

Senegal did not manage to conclude their attacks against an Egyptian selection faithful to their defensive identity which won 1-0 in front of their Cairo public.

After a very difficult start to the match, Algeria erased the ghosts of Japoma, a stadium where it had not won a single match at the last CAN.

Thanks to a header from Islam Slimani, served by Youcef Belaïli in the 40th minute, Algeria unlocks the counter.

Cameroon and their trio of attackers Aboubakar-Choupo-Moting-Toko Ekambi will never really succeed in regaining their form at the start of the match and Djamel Belmadi's men offer a nice birthday present to their coach.

The match was nevertheless marked by a 7-minute interruption, caused by a breakdown of the spotlights located behind the Fennecs goalkeeper Raïs M'bolhi.

But no matter, Algeria won 0-1 in Douala.

►Also read: 2022 World Cup: Algeria reassures itself against Cameroon in the first leg

It's a match that the Malian defender will want to forget.

While the game had started well, Moussa Sissako scored against his camp by attempting a back pass for his goalkeeper Ibrahim Mounkoro in the 37th minute.

The Eagles defender is inconsolable.

Five minutes later, it's the knockout for Mali.

The sanction is immediate: red card.

Sissako returns to the locker room, leaving his teammates outnumbered.

The Eagles try as best they can to come back to the score with several strikes, but do not find the fault against the Tunisians who are surprisingly weak in attack.

The Carthage Eagles leave victorious from the 26-Mars stadium in Bamako.

Morocco flees to the DRC

Morocco painfully avoids a defeat in their first match against the Democratic Republic of Congo.

The Leopards opened the scoring after just ten minutes.

Stunned, the Atlas Lions struggled to close the spaces against Cédric Bakambu and Yoane Wissa carried by their audience.

Morocco even misses a penalty in the 54th Ryan Mmaee failing to frame his shot.

22 minutes later, Tarik Tissoudali delivered the Moroccans with a half-volley.

Discouraged, the Congolese are unable to fight back.

The Leopards are also marked by the expulsion of the side Ngonda Muzinga.

The return match in Casablanca on March 29 promises to be complicated.

2022 World Cup: Morocco snatch a draw in DR Congo, in the first leg

Ghana and Nigeria neutralize each other

The shock duel between the two West African giants ended in a 0-0 in Kumasi.

The first half hour of play passes without either of the two teams finding the fault.

In the 33rd, the Ghanaian prodigy Felix Afena, after a superb control, manages to transmit to his teammate Abdul Fatawu Issahaku who frames his recovery.

On the Nigerian side, Victor Osimhen and Moses Simon both find themselves facing the goal, without ever materializing.

In the 77th minute, the Ghanaians escaped a penalty thanks to video assistance to arbitration (VAR).

Both the Blacks Stars and the Super Eagles remain in contention, with the Nigerians slightly ahead as they host the Ghanaians in Abuja on March 29.

2022 World Cup: Ghana and Nigeria neutralize each other in the first leg