Summary: Six major progress has been made in the rescue of China Eastern Airlines disaster after 72 hours 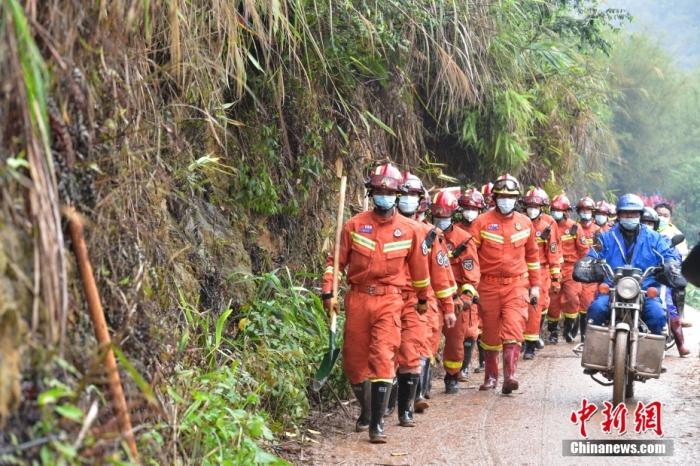 China News Agency, Wuzhou, March 24 (Chen Qiuxia) On the evening of March 24, it has been more than 72 hours since the "3.21" China Eastern Airlines crash. What happened to the crashed plane?

According to reports from the National Emergency Response Headquarters in recent days, six major progress has been made in the search.

On March 24, search and rescue personnel were about to enter the scene of the crash of China Eastern Airlines flight MU5735 in Conan Town, Teng County, Wuzhou City, Guangxi Province.

The biggest progress in the rescue so far is that one of the black boxes of the crashed passenger plane has been recovered on the 23rd.

Zhu Tao, director of the Aviation Safety Office of the Civil Aviation Administration of China, introduced that the recovered black box was a cockpit voice recorder, which had been delivered to the decoding laboratory in Beijing that night. The data download and analysis work was in progress, and the storage unit was not excluded. possibility of damage.

Currently, rescuers are trying their best to find a second recorder.

After the decoding of the two black boxes is completed, important evidence will be provided for analyzing and judging the cause of the accident.

Determining the main point of impact

Zhu Tao reported that the main impact point of the accident has been basically determined.

Most of the wreckage of the aircraft is concentrated in a core area with a radius of about 30 meters around the main impact point, and the depth extends about 20 meters down from the surface.

Find the main wreckage of the plane

At the scene of the accident, search and rescue personnel also found the crew escape rope in the cockpit, fragments of the crew manual and some crew documents.

In addition, search and rescue personnel found a piece of suspected aircraft debris in the farmland of Yatang Group, Siwang Village, Tengzhou Town, Teng County, Wuzhou City, about 10 kilometers away from the core of the accident.

According to CCTV, the wreckage of the plane cleaned up at the scene was classified and placed, and important physical evidence was specially marked, which will be judged by experts later.

Does not involve "fork" maintenance problems

Recently, there have been rumors on the overseas Internet that China Eastern Airlines has independently repaired the 737-800 "pickle fork" (pickle fork), and it is speculated that it is related to the accident.

Liu Xiaodong, head of the propaganda department of China Eastern Airlines Group Co., Ltd. responded that the aircraft B1791 in this accident was only 6.8 years old and had flown a total of 8,986 sorties, which did not meet the most stringent maintenance of the "fork" component in the airworthiness directive standard of the aircraft type. Standard - 22,600 takeoffs and landings.

The crashed plane did not involve overhaul of this component.

Sun Shiying, chairman of China Eastern Airlines Yunnan Co., Ltd., introduced that the maintenance of the crashed passenger plane has been implemented in strict accordance with the maintenance technical plan, and the technical condition is stable and normal.

Before takeoff, the aircraft complied with maintenance release standards and airworthiness requirements and was released normally.

At the time of the crash, the weather on the route was navigable and there was no dangerous weather.

The flight licenses and health certificates of the three pilots of the flight are all within the validity period. They are in good health, have complete flight experience and meet the flight requirements.