The African qualifiers for the 2022 FIFA World Cup end on March 25 and 29 with the final rounds home and away. Presentation of the confrontations DR Congo-Morocco, Cameroon-A… 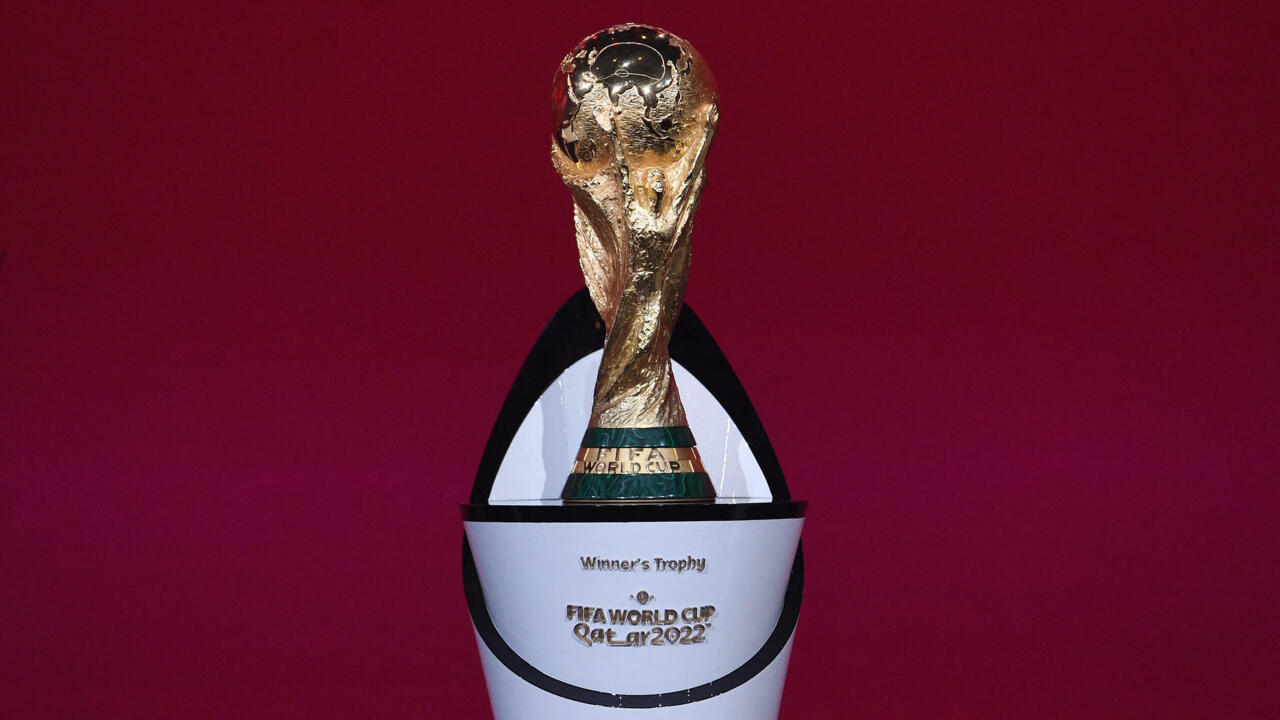 The trophy awarded to the winner of the FIFA World Cup.

The African qualifiers for the 2022 FIFA World Cup end on March 25 and 29 with the final rounds home and away.

Presentation of the DR Congo-Morocco, Cameroon-Algeria, Mali-Tunisia, Ghana-Nigeria and Egypt-Senegal confrontations, the winners of which will compete in the World Cup in Qatar.

On March 29, we will finally know the five teams that will represent Africa at the 2022 World Cup, scheduled for November 21 to December 18 in Qatar.

That evening will have taken place the five return play-offs, organized four days after the first legs.

The first leg is scheduled for Friday March 25 in Kinshasa at 3 p.m. UT and the second act on Tuesday March 29 in Casablanca from 7:30 p.m. UT.

But hostilities have already started off the field, with the Moroccan delegation complaining about reception conditions in the DRC.

It's that the two teams are playing big: the Moroccans want to play a second World Cup in a row and the Congolese just one second after that of 1974.

Both coaches are under pressure.

That of Morocco, Vahid Halilhodzic, after the elimination of the Atlas Lions in the quarter-finals of the last African Cup of Nations.

And Hector Cuper, that of the Leopards, chosen to bring the Congo back to the top.

These two teams know each other well.

In their sights, for them, a historic first participation in the World Cup.

Coach Mohamed Magassouba knows he is expected at the turn, after the elimination of his team in the round of 16 of the African Cup.

For Tunisia, qualifying is above all a matter of regularity, after taking part in the 2018 World Cup.

Another duel that immediately brings to mind the last African Cup of Nations.

An edition organized in Cameroon and during which Algeria hoped to retain the title acquired in 2019. On arrival, the Algerians were pitifully eliminated in the first round, while the Cameroonians finished in a frustrating third place.

Djamel Belmadi, the coach of the Fennecs, remained at his post and must therefore prove that CAN 2022 was an accident.

Rigobert Song, ex-defender of the Indomitable Lions, faces a huge challenge: for his first two matches at the head of the Cameroonian selection - he succeeded the Portuguese Toni Conceiçao on February 28 - he will try to bring it back in the final phase of a World Cup.

An English-speaking derby eagerly awaited by fans of the two West African countries, with a first leg in Kumasi (starting at 7:30 p.m. GMT) and a return to Abuja (5 p.m. GMT).

The two selections are however in different dynamics: Ghanaian football has been going through a crisis of results for five years.

Conversely, the future seems to belong to Nigeria, a demographic giant that continues to produce talented players.

Super Eagles who have taken part in the last three Worlds and therefore seem to be favorites.

This is perhaps the most anticipated poster of these dams: the revenge of the CAN 2022 final, won on penalties by the Senegalese.

The second act of the duel between the two best current African footballers, the Egyptian Mohamed Salah and the Senegalese Sadio Mané.

The Pharaohs will try to take a significant advantage in Cairo, this Thursday (kick-off at 7:30 p.m. UT) because the return, in the brand new Stade du Senegal, on Tuesday March 29 at 7:30 p.m. UT, promises to be epic.