Experts of ancient Egypt have revealed "unusual" details about Tutankhamun's skull through advanced scanning technology. Researchers have been drawn to the banks of the Nile for more than 100 years, and each of them hopes to find a piece of ancient Egypt's history. William Matthew Flinders Petrie is considered the man who introduced 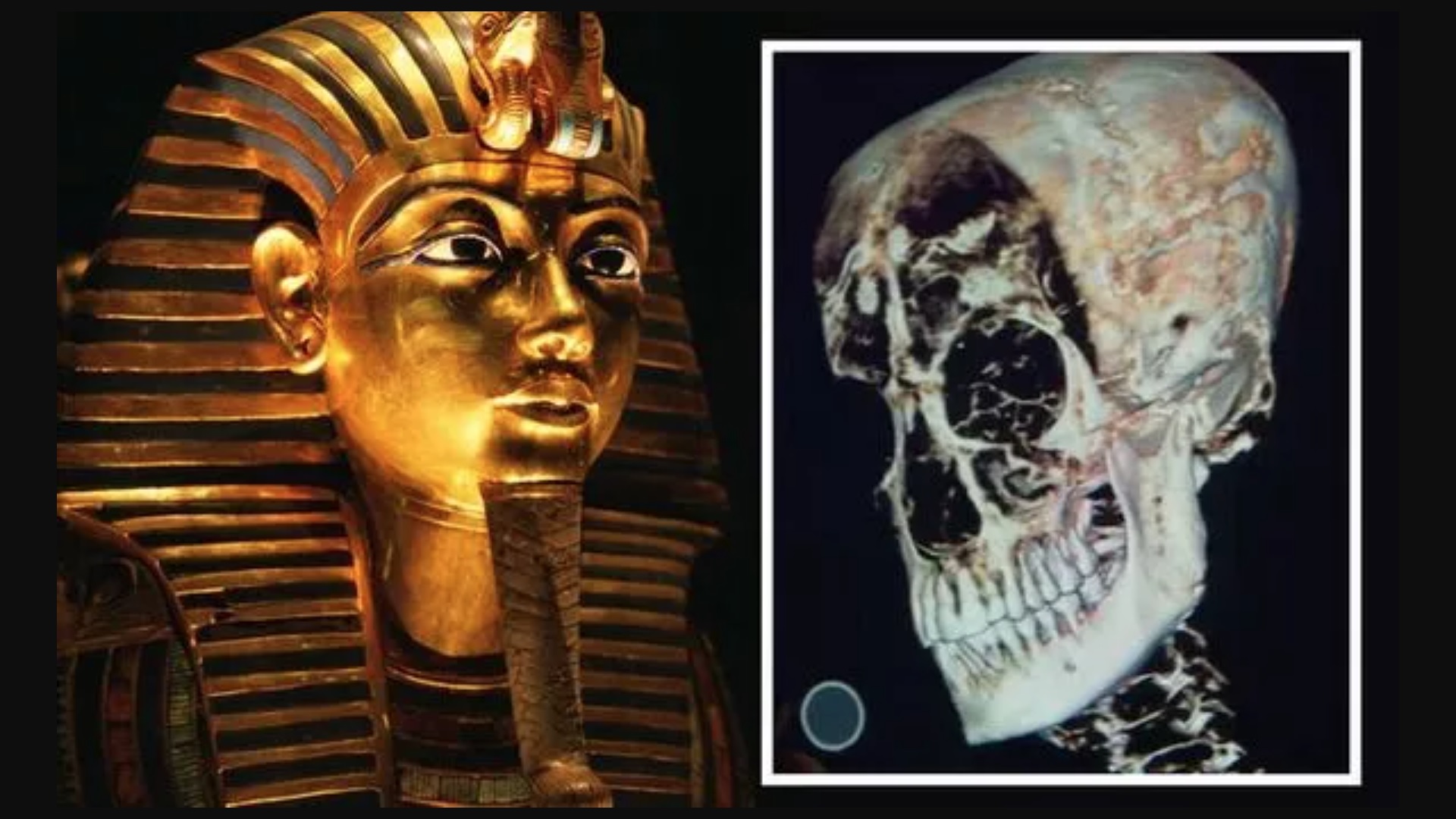 Researchers have been drawn to the banks of the Nile for more than 100 years, each hoping to find a piece of ancient Egypt's history.

William Matthew Flinders Petrie is considered the man who introduced the Western world to the masterpieces of the history of the North African country.

Locals had been mining in and around the area for years before him, but when he got to work in the mid-1880s, Europeans began arriving in numbers, taking with them much of what they found.

The Valley of the Kings was a focal point in the efforts of Egyptologists: a stretch of barren land where, for nearly 500 years, from the 16th to the 11th centuries B.C., tombs were found of the powerful pharaohs and nobles of the New Kingdom.

By the time Western explorers arrived, many of these tombs had been ransacked by gravediggers and thieves.

However, one tomb has remained in a pristine condition, untouched by thieves, and was found by Howard Carter in 1922: the tomb of the great King Tutankhamun.

Compared to other lavish burial chambers, Tutankhamun's resting place was relatively small and unremarkable, which means that it was overlooked by thieves.

New evidence and details are appearing regularly, including those found during the new Channel 5 documentary, "Tutankhamun: Awakening the Dead," with Bettany Hughes due out this week.

Questions remained about what Tutankhamun might look like, and whether inbreeding within his family would transmit any disabilities or diseases to him.

Thanks to the latest computerized tomography (CT) scans, researchers have stripped Tutankhamun of his bones, harnessing important data about his body composition.

Dr. Carolyn Rando, a forensic bioarchaeologist, and her team created a reconstruction of his body, peeling off his "slices" of his body in search of important clues.

Speaking about the technology, she said, "This actually means that we can go up and down through the layers of the body to look inward in a way that wouldn't be possible through just external examination or even by deconstructing it."

As she rotated the pharaoh's body to see his side, Hughes noticed the unusual shape of Tutankhamun's head, and said, "What you really feel from this is that he has a completely distinct skull shape."

Dr Rando replied: "He has a very long skull compared to most people we'll see today, who probably have a swollen skull."

Then Hughes noted, "There is some evidence that the unusual skull shape was a feature of his family. So could it be inbreeding as well? Can we read that into the skull?"

And it can lead to things known as congenital disorders that are passed down through family lines.

However, Dr Rando was not convinced that was the case with Tut, and explained: "But if there is this degree of inbreeding and if there are many potential congenital diseases resulting from that, we would already expect the teeth to change - you will lose your teeth and you will exchange teeth. their other sites.

The fact that Tutankhamun did not have any changes in his teeth indicates that any inbreeding that may have taken place was not that serious or did not cause any serious genetic problems.

Speaking during the Smithsonian Channel documentary Secrets: Tut's Last Mission, Professor Salima Ikram, an Egyptologist at the American University in Cairo, said: "There was such a high infant and child mortality rate in the ancient world that it is not surprising. They are carefully embalmed."