48 hours after China Eastern Airlines crash, these questions are still a mystery

China News Service, Beijing, March 23. On the 23rd, it rained heavily in Mozong Village, Teng County, Teng County, Guangxi. At 9:21, the Teng County Meteorological Observatory issued a yellow rainstorm warning signal. On the morning of the 23rd, due to the influence of rainfall, the large-scale search and rescue work at the scene was temporarily suspended.   48 hours ago, China Eastern Airlines 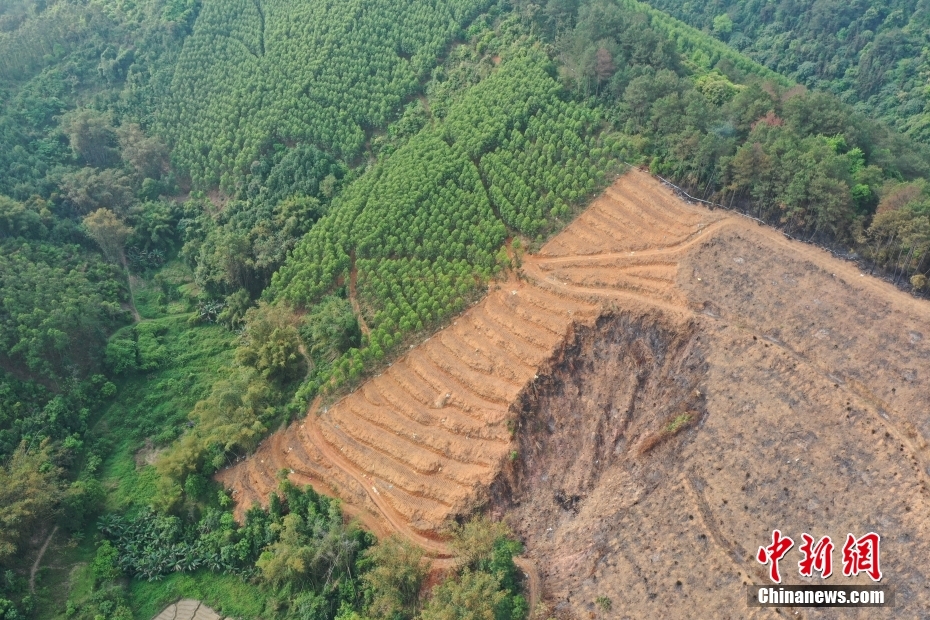 On the morning of the 23rd, due to the influence of rainfall, the large-scale search and rescue work at the scene was temporarily suspended.

For two days and nights, thousands of rescuers gathered in this col.

After 48 hours of emergency rescue, aftermath and preliminary investigation, the information puzzle about the crash of China Eastern Airlines is gradually being stitched together.

Data map: On March 22, an aerial photo of the crash scene of a China Eastern Airlines passenger plane.

Rescue work made some new progress

Satellite remote sensing images show that the crash site of the China Eastern Airlines passenger plane is located between valleys. The altitude on both sides is about 150 meters to 90 meters.

2. All family members of passengers have been contacted

The family members of 123 passengers involved multiple provinces and cities.

According to civil aviation practice, China Eastern has set up support points for family members in Kunming, the origin, Guangzhou, and Wuzhou, where the incident occurred.

At present, many family members have arrived in Teng County.

The Teng County Transportation Bureau organized a 10-person emergency service team, and temporarily set up a "family channel", and arranged 3 buses and two cars by a special car to be responsible for services such as connection and consultation for the families of passengers on the flight.

A designated hospital was opened in Wuzhou, and a professional team of more than 200 people was formed to prepare for emergency treatment.

The citizens of Wuzhou have actively donated blood for free. So far, 6 blood collection vehicles have been organized to collect 58,900 milliliters of blood.

The China Banking and Insurance Regulatory Commission issued a notice on the 22nd, requiring the insurance industry to make every effort to provide insurance claims services for the crash of a passenger plane of China Eastern Airlines, so as to effectively protect the interests of the people.

The notice makes it clear that all insurance companies should follow up the progress of the accident in a timely manner and take the initiative to investigate the information of underwriting customers.

It is necessary to do a good job in fund mobilization in advance, and make preparations for indemnity and prepaid indemnity at any time.

Some questions have been answered

1. From the loss of contact to the crash, what happened?

On the evening of the 22nd, the National Emergency Response Headquarters held a press conference in Wuzhou, Guangxi to disclose the details of the crash of the China Eastern Airlines passenger plane——

At 13:16 on March 21, China Eastern Airlines flight MU5735 took off from Kunming and entered the Guangzhou control area at 14:17 while maintaining a cruising altitude of 8,900 meters.

At 14:20, the controller noticed that the aircraft's altitude had dropped sharply, and immediately called the crew several times, but received no reply.

At 14:23, the radar signal of the aircraft disappeared. After verification, the aircraft crashed in Teng County, Wuzhou City, Guangxi Zhuang Autonomous Region.

As of the early morning of the 22nd, no survivors have been found in the search and rescue work, and the public security department has blocked and controlled the scene.

2. What is the condition of the plane?

The relevant personnel of the Civil Aviation Administration introduced on the evening of the 22nd that the incident aircraft was introduced on June 22, 2015. As of the time of the accident, a total of 8,986 sorties had been flown, with a total of 18,239 hours.

There were 123 passengers on board (no foreign passengers) and 9 crew members (3 pilots, 5 flight attendants, and 1 safety officer).

So far, no survivors have been found on board.

According to China Eastern Airlines Yunnan Company, the B737-800 aircraft, numbered B1791, is 6.8 years old and meets airworthiness requirements before takeoff.

The crew was in good health and had complete flight experience.

There are still some difficulties

1. The debris is scattered over a huge area

According to CCTV news reports, the orchards and terraced fields in the crash area of ​​China Eastern Airlines MU5735 were impacted into flat ground and puddles. Bamboos as thick as thighs were torn and fell down, and some tree trunks were completely broken.

2. The terrain in the mountains is complex, and search and rescue can only be carried out by manpower and drones

In response to the characteristics and difficulties of the rescue and search at the scene, Sheng Hanlin, an associate professor at Nanjing University of Aeronautics and Astronautics, said that because the plane fell into the mountain, the terrain in the mountain was complicated, and it was difficult for large-scale equipment to carry out work, so at present we can only rely on manpower and unmanned equipment. Man-machine to carry out search and rescue.

3. There is rain at the accident site, which increases the difficulty of rescue

According to rescuers, the local soil absorbs a lot of water, and there may be a small-scale landslide at the crash search site, adding uncertainty to the rescue on site.

There are still some mysteries

1. Why did the plane plummet and fall vertically at the end?

2. Is there any problem with the aircraft itself? What is the previous maintenance record?

3. Can the black box be found?

Air crash investigation is highly professional and is a very complex and rigorous process, and the final investigation report takes months or even years to complete.

Shu Ping, director of the Aviation Safety Research Institute of the China Academy of Civil Aviation Science and Technology, said that finding the black box is one of the important tasks in accident investigation, and the data recorded in it can be used to corroborate with the on-site investigation inferences. The so-called "speaking with data".

But this does not mean that the accident investigation is completely dependent on the black box. It is as important as the field investigation and the investigation of experimental verification, and requires specific analysis of specific issues.