No survivors found in China Eastern Airlines crash, search for black boxes as soon as possible 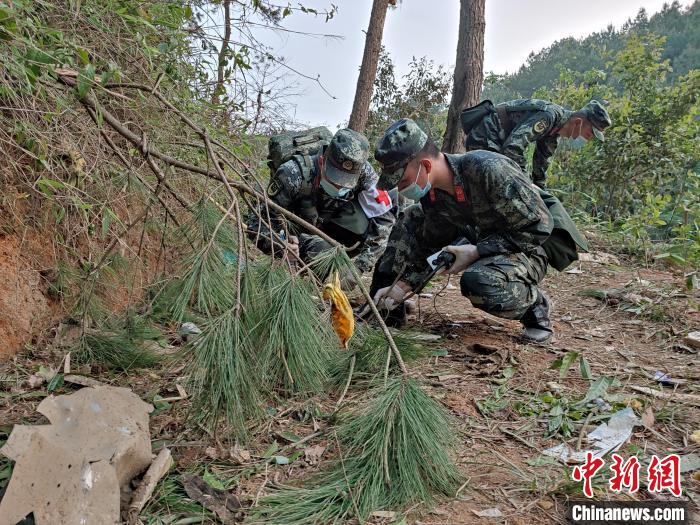 China News Service, Wuzhou, March 22 (Reporter Yang Qiang, Lin Yanhua, Chen Qiuxia, Huang Yanmei) The National Emergency Response Headquarters announced at a press conference held in Wuzhou, Guangxi on the evening of the 22nd that as of now, the search and rescue of the "3.21" China Eastern Airlines crash No survivors have been found, the crashed plane had no foreign passengers, met the airworthiness requirements before takeoff, and the crew members were in good health and had complete flight experience.

Zhu Tao, director of the Aviation Safety Office of the Civil Aviation Administration of China, said that the emergency rescue work for the accident is still in progress, and the preliminary investigation of the accident site has also started simultaneously.

The second is to continue to do a good job in accident investigation and respond to public concerns.

The third is to do a good job in comforting, assisting and serving the families of the victims, and properly handle the aftermath.

According to the report, China Eastern Airlines flight MU5735 took off from Kunming at 13:16 on March 21, and entered the Guangzhou control area at a cruising altitude of 8,900 meters at 14:17.

At 14:20, the controller noticed that the aircraft's altitude had dropped sharply, and immediately called the crew several times, but did not receive any reply. At 14:23, the radar signal of the aircraft disappeared.

The public security department has cordoned off the scene.

On the evening of March 21, the State Council investigation team composed of the Civil Aviation Administration of China and the Ministry of Emergency Management rushed to Wuzhou overnight to guide the on-site rescue and aftermath and the investigation of the cause of the accident.

The fire rescue, armed police, public security, militia and other rescue personnel dispatched by Guangxi, as well as the Yunnan Forest Fire Brigade garrisoned in Guangxi and Guangdong, carried out on-site rescue work in an orderly manner.

Do a good job in the protection of on-site rescue materials such as rain boots, shovels, and jackets, and make every effort to ensure the rescue needs.

Coordinate power and communications departments, arrange 3 emergency power supply vehicles, dispatch 6 emergency generators to the site, and set up emergency communication equipment to ensure strong power security at the rescue site and smooth communication at the base station.

According to reports, because the incident occurred in a mountain forest area, the roads are narrow and the valleys are vertical and horizontal, making the rescue difficult.

The fire rescue personnel carried life-saving tools and divided them into three groups to conduct a net-type search of the core area. At the same time, they organized local full-time firefighters from towns and towns to search and investigate the surrounding 20 kilometers.

On the 22nd, the Guangxi Fire and Rescue Corps organized another 200 people to continue to carry out the area dragnet investigation.

The report said that the crashed passenger plane was a Boeing 737-800, the plane number was B1791, the plane was 6.8 years old, and it met the airworthiness requirements before takeoff.

There were 123 passengers on board (no foreign passengers) and 9 crew members (3 pilots, 5 flight attendants, and 1 safety officer).