24 hours after China Eastern Airlines crash: behind the sudden crash, many questions remain to be answered

China News Service, March 22 (Reporter Li Jinlei) On March 21, China Eastern Airlines flight MU5735 crashed in a mountain depression in Mocheng Village, Langnan Town, Teng County, Wuzhou City, Guangxi. The huge explosion caused a mountain fire.   The 132 people on board did not arrive at the destination as scheduled, and the record of 4,227 days of continuous safe operation of Chinese civil avi 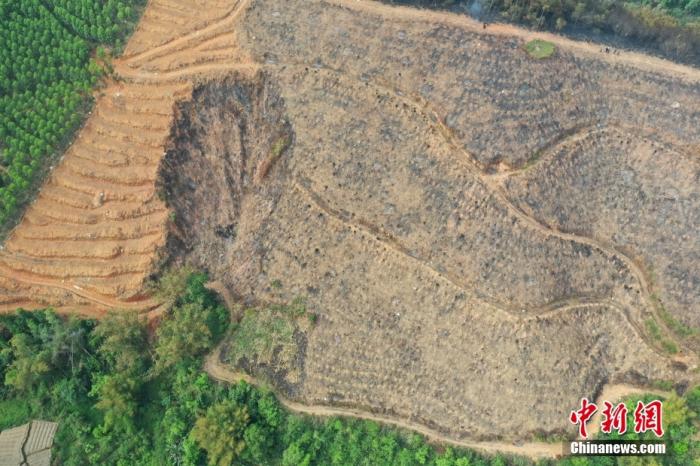 The 132 people on board did not arrive at the destination as scheduled, and the record of 4,227 days of continuous safe operation of Chinese civil aviation also came to an abrupt end.

According to the data, the model of the flight was a Boeing 737-800, more than 6 years old, and the fuselage was painted with the unique peacock painting of China Eastern Airlines Yunnan Branch.

At about 9:00 am on the 21st, a flight attendant on the plane told her husband Mr. Rong on the phone: he was about to fly.

Yes, if there are no accidents, this will be another peaceful ups and downs.

Among the passengers, a woman originally booked a flight on March 22, but because she missed her fiance in Guangzhou too much, she changed her ticket and boarded flight MU5735 in order to meet early.

Yes, if there is no accident, this will be a reunion after a long absence.

But the accident still happened.

Data from the Feichangzhun APP shows that after flight MU5735 took off from Kunming Airport, it has been cruising at an altitude of about 8,869 meters.

At 2:19 p.m., the aircraft suddenly descended from cruising altitude, while the flight speed began to decrease from about 845 kilometers per hour.

At 2:21, flight MU5735 lost the ADS-B radar signal and lost contact with the ground.

The crashed plane appeared on the surveillance camera of a local mining company on the mountain, and the surveillance footage showed the plane was nose down and nearly plummeted into the forest.

Many people nearby also witnessed the crash and explosion of the plane.

According to his description, "Suddenly I heard a huge explosion, and then I saw billowing black smoke coming from the nearby hills." "The plane fell into the mountain, and it was about 100 meters away from the village road. Look at the traces of the plane. , it should have swooped down, swooped down to the hillside, should have hit a row of bamboo forests, and slid along the bamboo forests to the top of the mountain, probably should have slid down a hill, but I haven't seen the main body of the plane, it's all those debris."

Nearby villagers found that after the loud noise of the "Boom", a huge pit of more than 200 square meters was formed on the ground.

Today, 24 hours have passed since the crash, but there are still many questions waiting to be answered.

1. From the loss of contact to the crash, what happened?

According to Xinhua News Agency, at about 14:38 on March 21, China Eastern Airlines flight MU5735 lost contact and crashed over Wuzhou City, Guangxi during the Kunming-Guangzhou mission.

From the loss of contact to the crash, what happened during the period?

2. Why did it drop rapidly and finally fall vertically?

Why plummet thousands of meters in 2 minutes?

Why did the surveillance show that the plane fell straight down with the nose down before it crashed?

Thomas Jeffrey, an internationally renowned aviation safety expert, said, "There is no distress signal, there is no smoke in the air, and it is extremely rare to fall in a vertical attitude."

Wang Yanan, editor-in-chief of the "Aeronautical Knowledge" magazine of the Chinese Aeronautical Society, analyzed that when the plane finally crashed, the data was strange and very abnormal. It fell quickly from an altitude of more than 8,000 meters, which can almost be understood as the plane completely lost its lift performance. way to maintain normal flight.

At present, the results and details of the investigation are yet to be officially disclosed.

The picture shows the wreckage of the crashed plane found at the rescue site.

3. Is there any problem with the plane itself?

According to the data of the third-party aviation information platform "Flight Manager", as of the end of February 2022, there are 1,189 passenger airlines in mainland China with the same type as the aircraft in the accident - B737-800, and 107 for China Eastern Airlines. .

At present, China Eastern has grounded all 737-800 passenger planes.

4. Have you encountered extreme weather?

At 12:09 on March 21, "Wuzhou Meteorology" announced that due to the combined influence of strong cold air and shear line, from the night of the 21st to the 22nd, there were moderate rains in the city, some heavy rains to heavy rains, and short Strong convective weather such as thunderstorms and strong winds.

However, the forecast said that it was from the night of the 21st to the 22nd, and the plane crashed at 14:38.

Some professionals also pointed out that the flight altitude of the crashed plane was close to 8,000 meters, and the strong convective weather had little effect on it, and even a pilot could avoid it.

5. Why haven't the missing persons been found yet?

The crash site is in a col that is surrounded by mountains on three sides. Rescue efforts are underway from all parties. At present, debris, scattered wallets and ID documents have been found.

However, 24 hours have passed since the incident, and there is still no official news of the victims or survivors.

Li Chenbin recalled: "The entire plane has been scattered. It's all pieces. It's scattered and scattered. I didn't see any survivors at the time."

In the case of a rapid fall and an explosion that caused a wildfire, the chances of surviving the crew were extremely small.

However, people are still waiting for a miracle, and also looking forward to finding the black box as soon as possible, finding out the cause of the accident, and solving these mysteries.