The cold weather that envys spring continues a little longer. The temperature in Seoul this morning was 1.1 degrees Celsius, and it was as cold as yesterday, but in Cheorwon-do it was minus 3.6 degrees, and some mountainous areas showed sub-zero cold. 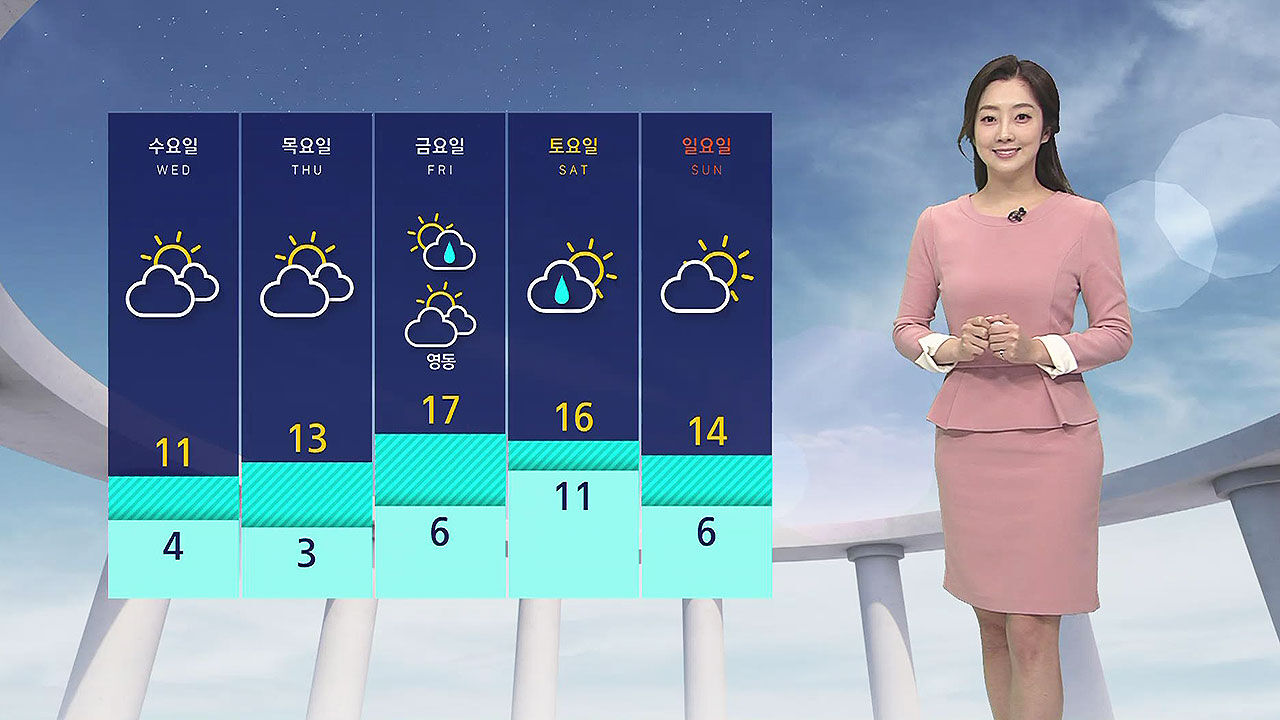 The cold weather that envys spring continues a little longer.

During the day, the temperature will rise around 10 degrees here and return to the previous year's level, but the chill will continue until the morning of the next day.

As the temperature rises again from the second half of the week, warmth will come.

This is the current satellite image.

On the way to work in the morning, the fog clears and the clear sky is revealed mainly inland.

There are a lot of clouds in Jeju Island and the southern coast region, but today the sky will be clear with no rain forecast.

At night, the concentration of fine dust may temporarily increase in Incheon, southern Gyeonggi, and Chungnam.

Tomorrow and the day after tomorrow will be mostly sunny, but another nationwide rain forecast is in place from Friday to Saturday.