These days, due to the war in Ukraine, and as it disappears from the supermarket shelves, we are witnessing the conversion of sunflower oil into... 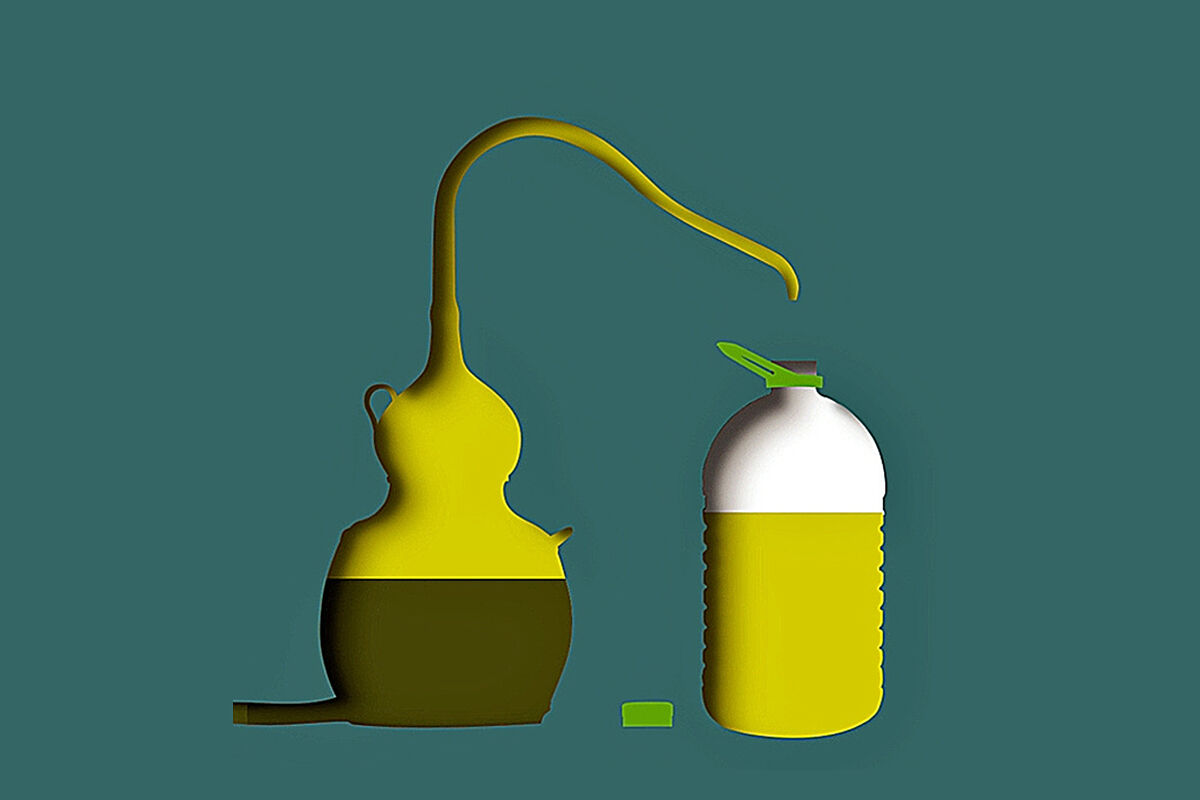 These days, due to the war in Ukraine, and as it disappears from supermarket shelves, we are seeing sunflower oil become the new pandemic toilet paper.

Given the possible shortage (or price increase), alternatives such as coconut oil or corn oil have begun to be proposed.

Not in the country of olive trees.

We have local options that are more sustainable, healthier and, surprise!

Why is olive oil healthier than sunflower oil?

is characterized by being rich in

(such as oleic) , polyunsaturated

And how do all these words affect our mountain body?

On the one hand, these differences become apparent when cooking.

since the latter oxidize more easily.

are characterized by their polyphenols,

, such as the prevention of cancer, cardiovascular diseases or even neurodegenerative diseases.

There is only one small detail: virgin olive oil or EVOO are more expensive than sunflower oil and therefore make the shopping basket more expensive, already affected by the rise in prices in other sectors.

Olive pomace oil: the ugly duckling turned into a swan

Corn oil, coconut oil... does it make sense to promote its consumption as an alternative, as is being proposed by some "experts"?

Neither from the nutritional point of view, much less from that of sustainability.

Spain is a country of olive trees and within this family we have a lesser-known alternative, for less than three euros per liter

(that is, cheaper than corn oil), which is olive pomace oil.

For many years it has been considered the ugly duckling of the olive oil family.

the poor thing lacks "the spark", among other things, those antioxidant phenolic compounds

How is olive pomace oil obtained?

Unlike virgin olive oil, which

, olive pomace oil is obtained from an alpeorujo extraction process.

(another word for the cause) is made up of

water, skin, bone and oil residues resulting from the grinding of the olive

an oil with a content of up to 85% monounsaturated fatty acids (that is, "the good ones").

In addition, it may contain up to 2% of compounds with bioactive properties.

As we can see, although EVOO plays in another league from a nutritional and sensory point of view, olive pomace oil also has its little things, especially when compared to other seed oils.

The strengths of olive pomace oil

the CSIC published a comparative study on frying oils

in which interesting data was observed.

For example, that olive pomace oil can be used more than twice as often as the most common seed oils.

its smoke point does not reach 230-240ºC, which makes it the most resistant oil to high temperatures

Let us remember that frying is not the most recommended cooking technique but, if we resort to it, the ideal is to do it with the most suitable oils.

, I would not recommend "switching" to olive pomace oil for those who can afford to use a virgin

I insist: they are different leagues.

I would recommend it as an alternative for those who use sunflower oil for financial reasons.

This crisis could be an opportunity to give olive pomace oil the place it deserves and for the ugly duckling to finally become a swan.