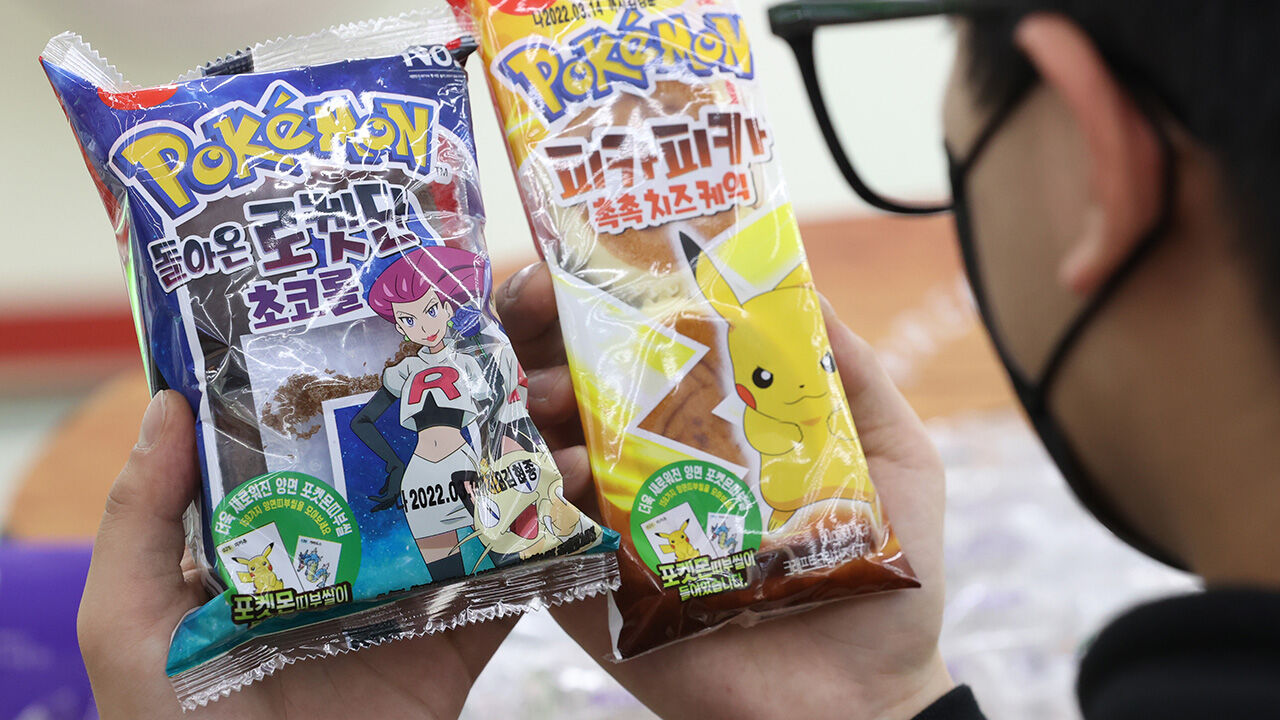 "With carrots? But you say you don't sell them online anymore?"

"Uh, so one of our kids decided to turn off. For a commission."

This is the story I heard yesterday at a seat next to a local cafe.

Two young men in their mid-20s were chatting for a while, can you guess what they were talking about?

It's like a re-tack story or an NFT story... Are you in a hurry?

If you know what it is, you must be in your 20s and 30s or actively using social media.

This is the story of 'Pokemon Bread'.

Pokemon Bread was launched in 1999 and was very popular among elementary school students in the early 2000s.

The contents themselves are ordinary chocolate rolls and soboro, but the special feature is that there is a small sticker inside the bag.

This sticker, named 'Tibutiboo Seal', has a character from the famous anime, Pokemon.

Various monster stickers from the anime, including Pikachu, the most popular character that even the older generation might have heard of at least once, are randomly included, one for each bread.

Pokémon that children prefer are less likely to appear, and Pokémon that appear as villains or look rather ugly (?) are very common.

It is a kind of 'sticker drawing'.

So, there have been reports of children buying bread without their parents' knowledge, checking the stickers, and throwing away all the bread on the street, so the streets are full of food waste.

'That Bread', which dominated an era in many ways, is re-released after 16 years, recording an unprecedented hit.

If you've been to a convenience store recently, you might be wondering, 'Pokemon Bread is out of stock'.

But, are you wondering why this Pokémon Bread was suddenly re-released, why is it so popular, and how even people who practice 'bread tech' come one after another?

To understand this phenomenon, we need to know which age group is driving the current craze.

Currently, the main consumer group is the MZ generation, that is, 2030, neither children nor adolescents.

This is the generation that was in elementary school in the early 2000s, when bread was popular.

It can be said that it contains the feelings for the stickers of memories that I so wanted to collect when I was a child, but never got it.

After a bittersweet childhood when I saved up pocket money and bought four or five with a big heart and only the same stickers came out one after another, now the years have passed and I have become an adult who can boldly buy three or four boxes.

If the main consumer was children, then her mom and dad couldn't buy it because of pockets, so a single consumer would only buy three or four.

Now that office workers with purchasing power are the main consumer groups, the amount of purchase per person becomes 'box unit'.

In addition, rare stickers are sometimes sold at prices close to 50 times in the second-hand market, so even the 'Bang Tech people' who stock up and sell only stickers have appeared.

The retro craze and the Bread Tech wind were also overlapping, and 1.5 million copies were sold in just one week after the re-launch.

Perhaps less than 20% of these breads are actually 'eaten' by consumers.

The psychology of buying bread that you can't even eat is not just a 'memory recall'.

No matter how many boxes I buy, I am thrilled to finally get the 'Squirtle' or 'Pikachu' that I so desperately wanted as a child.

I thought that this might be closer to a psychological healing act, rather than reckless over-consumption.

In retrospect, Pokemon Bread may be the first experience in childhood when the 2030 generation felt “the world is not going the way I want it to” for the first time.

Even if I wanted to buy bread, I became worried about my pocket situation, and in the meantime, I bought five breads with the money I saved, but I am frustrated that not even one of them is what I want.

But, wouldn't the feeling of deprivation that I feel when I get a Pikachu sticker even though I bought only one friend next to me is similar to the life of the 2030 generation, who are newcomers and are experiencing the hardships of the world?

Even though life is still not easy, it was big enough to give myself what I desperately wanted at that time.

Young people may sprout a little bit of self-consolation from the fact that they have become 'slightly wonderful adults' enough to buy a piece of bread for me, who is still entrenched in my heart.

[In-It] Interfering with advice disguised as advice, how to reject it in a healthy way